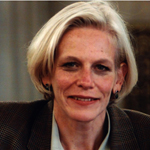 As director of the Susan B. Anthony Center for Women’s Leadership, Nora Bredes’ work involved celebrating women’s achievements and analyzing barriers to their progress. Under Nora’s guidance, The Center began to conduct biennial surveys of the number of women serving in New York’s local governments and sponsor the Women Leading Local Governments Initiative, an effort that links women elected to New York’s city and county governments to each other and to public policy experts and resources. Among her many accomplishments at the University was the expansion of the center’s hallmark program, the Elizabeth Cady Stanton/Susan B. Anthony Conversations, which take place over Meliora Weekend.

In 2006, she created “100 Years Since Susan B.,” a yearlong, community-wide examination of women’s progress since Susan B. Anthony’s death in 1906. In 2010, under Ms. Bredes’ leadership, the Susan B. Anthony Center launched the First Women website, an online resource dedicated to the first women elected to political office in New York State. 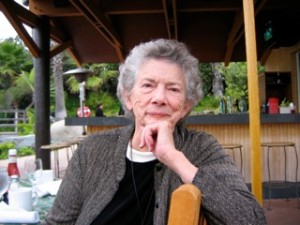 Nan Johnson, President Emerita, is founding President of Friends of the Women’s Rights National Historical Park Inc. Johnson was adjunct professor of political science at the University of Rochester from 1983-1996, initiating courses in Women & Politics and Women & The Law.  She also served as special assistant to the Dean and founding Director of the Susan B. Anthony Center at the University.  As a member of the Monroe County Legislature from 1975 -1995, Nan served as Majority Leader, Chair of Human Services, and Co-Chaired 95/75, the celebration of the 75th anniversary of suffrage. She has served on the board of the Landmark Society, the Rochester Preservation Board, as President of the Rochester Branch of the American Association of University Women, as a Trustee of the National Women’s Hall of Fame and from 1976-1990, as a Trustee of the State University of New York. In 1998 she organized and co-chaired Forum ‘98, a celebration of the 150th anniversary of the first Women’s Rights Convention, which included a production of the opera, “The Mother of Us All”  by the Eastman School of Music and led to Johnson acting as co-founder of the Friends of Eastman Opera. A resident of Rochester, NY for almost 50 years, Nan now lives in Kitty Hawk, NC.