The annual Susan B. Anthony Legacy Awards Ceremony and Celebration was held on Saturday, January 26. The Susan B. Anthony Legacy Awards are over a 60-year tradition honoring exceptional women in the University of Rochester community. At the event we awarded women’s leadership awards to the 2019 winners from the university, including professional leaders and undergraduate students.

A brief award ceremony was held, followed by a celebration with Hors d’Oeuvres, drinks, and dancing. Music was by DJ Dr. Griffs. 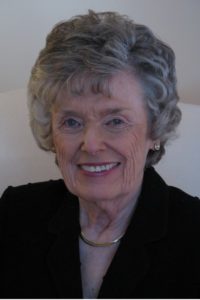 Dr. Ruth Lawrence is a magna cum laude graduate of Antioch College with a B.S. in biology. She graduated from the University of Rochester School of Medicine and was elected to Alpha Omega Alpha. She did her Pediatric Residency at Yale University at Yale-New Haven Hospital. In 1958, she assumed the medical directorship of the Finger Lakes Regional Poison Center, the second oldest center in the United States and the first to take calls from the public. She heads the Breastfeeding and Human Lactation Study Center and the Pediatric Environmental Safety Center. Dr. Lawrence has been on the faculty of the Department of Pediatrics and Obstetrics/Gynecology as a neonatologist and clinical toxicologist after returning to the University of Rochester. She is currently a Distinguished Alumna Professor and is the first holder of the Northumberland Trust Endowed Chair in Pediatrics. She is the author of Breastfeeding: A Guide for the Medical Profession, first published in 1980 and now in its eighth edition. She currently is working on the ninth edition. She is a founder of the Academy of Breastfeeding Medicine, past president, first editor-in-chief of Breastfeeding Medicine, the official journal of the Academy of Breastfeeding Medicine, and she continues to serve as a board member. She is a founding member of the group that became the United States Breastfeeding Committee (USBC), served on the board and as secretary-treasurer. She has received many national and international awards for her work in clinical toxicology, breastfeeding, and human lactation. 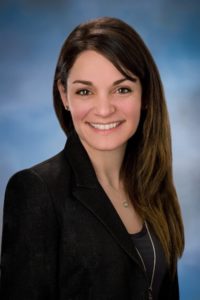 Dr. Suzannah Iadarola is a psychologist and Assistant Professor in the division of Developmental and Behavioral Pediatrics. She is also the Associate Director of Diversity and Community Engagement for the Strong Center for Developmental Disabilities, a university center for Excellence in Developmental Disabilities. Dr. Iadarola’s clinical and research interests include behavioral and educational interventions to support individuals with autism spectrum disorders (ASD) and their families. Her research includes community-partnered as well as school-based studies for families and educators of children with ASD. In the community, Dr. Iadarola and her colleagues work to promote inclusive opportunities for individuals with disabilities across the lifespan. She has a specific interest in supporting families and is the co-chair of the ROC the Future Parent Engagement Collaborative Action Network.

Ivana-Re Baldie is a class of 2021 Biochemistry major on the Pre-Med track. She is the Vice President of the Student Organization for Caribbean Awareness (SOCA), Housing Coordinator of the Douglass Leadership House (DLH), and a member of the Minority Association of Pre-Medical Students (MAPS). Ivana-Re spent last summer researching how worsening climate change could potentially have an impact on the health of vulnerable populations in the City of Rochester and identifying where they are located. In her spare time, she enjoys musical theatre, singing, and activism. Ivana-Re hopes to one day become a cardiothoracic surgeon. 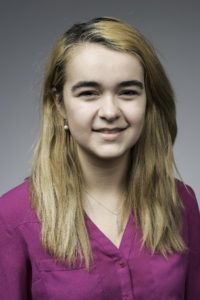 Charlotte Collins is a senior at the Eastman School of Music in the studio of Richard Killmer where she is pursuing a double major in oboe performance and music education. Originally from Plano, Texas, Charlotte now performs regularly as a member of the Eastman Wind Ensemble and Eastman Philharmonia Orchestra. She has also had the opportunity to play the last three years in the orchestra for Artists Unlimited in Greece, NY, and she is the woodwinds instructor for the Greece Marching Band. As an original member of the Commission on Women and Gender Equity in Academia, Charlotte is passionate about pursuing equal rights for all members of the university community. 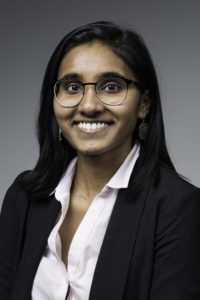 Kavya Bana is double majoring in Microbiology and Political Science, and is Co-President of College Democrats on campus. She volunteers weekly at School 29 through STEM Initiative and has furthered community engagement on campus through her position as Wilson Day Coordinator. Kavya will begin medical school next year at the University of Rochester Medical Center. She hopes to one day combine both her love of science and politics by starting a practice and becoming involved in local politics in her community.

Charlotte Pillow completed bachelor degrees in Public Health (Health, Behavior, and Society) and Interdisciplinary Dance Studies in December 2018, and is currently enrolled in the Accelerated Bachelors Program at the University of Rochester’s School of Nursing. She works at University Health Service in the Health Promotion Office as a senior peer health advocate covering sexual health and relationships programming, such as UR Sex Week and Ask the Sexperts. She also works in the School of Nursing’s Research Facilitation Group as a research assistant. Charlotte volunteers at Highland Family Planning educating the community on low-cost birth control and STI testing. Charlotte aspires to be a nurse practitioner, specializing in sexual and reproductive health. 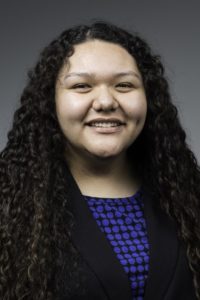 Genessis Galindo is a first-generation student majoring in Business, with a concentration in Analytics, and minoring in Computer Science and Spanish. On campus, she is Vice President of the 2020 Class Council, an active member in Alpha Kappa Psi, a D’Lion, and a student analyst for the Students’ Association Administration and Review Committee. She is also Chairwoman of Community Service and Chairwoman of Collegiate and Alumni Relations for Gamma Phi Beta. Additionally, she is involved with the Forté Foundation, which works to empower women and encourage careers in business. After graduation, Genessis hopes to pursue her MBA after acquiring a few years of work experience. 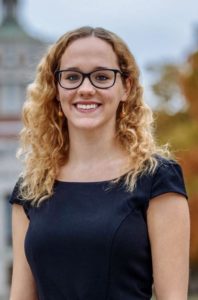 Annemarie Kearns is a junior from Scotch Plains, New Jersey, majoring in Political Science and Business. She has served as a student accountant in the Students’ Association Government Appropriations Committee since her freshman year. She was chairwoman of the Academic Affairs Committee this past fall. Outside of Student Government, she works as a Writing Fellow for the Writing, Speaking, and Argument Center on campus. Annemarie also sits on the Sexual Misconduct and Harassment Task Force, which merged with the Commission on Women and Gender Equity in Academia, working to improve campus culture and policy regarding sexual harassment and misconduct. She was a study abroad student at Trinity College in Dublin, Ireland during the 2019 spring semester where she took political science and business classes. After graduation, she hopes to attend law school and to eventually pursue a career in politics.