David Greenbaum ’73 and his wife, Laureine, of New York City, have pledged $2.5 million toward the construction of a new 6,500-square-foot building on the University of Rochester’s River Campus to be named the Greenbaum Center for Jewish Life. An additional $3.5 million will be sought from additional donors to make the project a reality.

President Richard Feldman says the initiative is part of the University’s larger efforts to make sure that students have excellent resources, facilities, and programs that support their religious, cultural, and social interests.

“Rochester’s approach to residential education takes seriously the idea that students learn where they live and live where they learn,” Feldman says. “Having an on-campus facility for Hillel and for other activities related to Jewish life is part of that aspiration, helping to provide students with opportunities to find both commonality and opportunities to learn from classmates with other perspectives and experiences.

“The Greenbaums’ leadership in this effort demonstrates their commitment as alumni, friends, and members of the Jewish community.”

“Our Jewish heritage is important to me and my family,” says David. “We are pleased to offer this pledge of support to spur the development of this new Center for Jewish Life on campus. Our vision is that this new Center will be a showcase for Hillel activities on campus as well as serve as a resource to the entire Rochester-area Jewish community.” 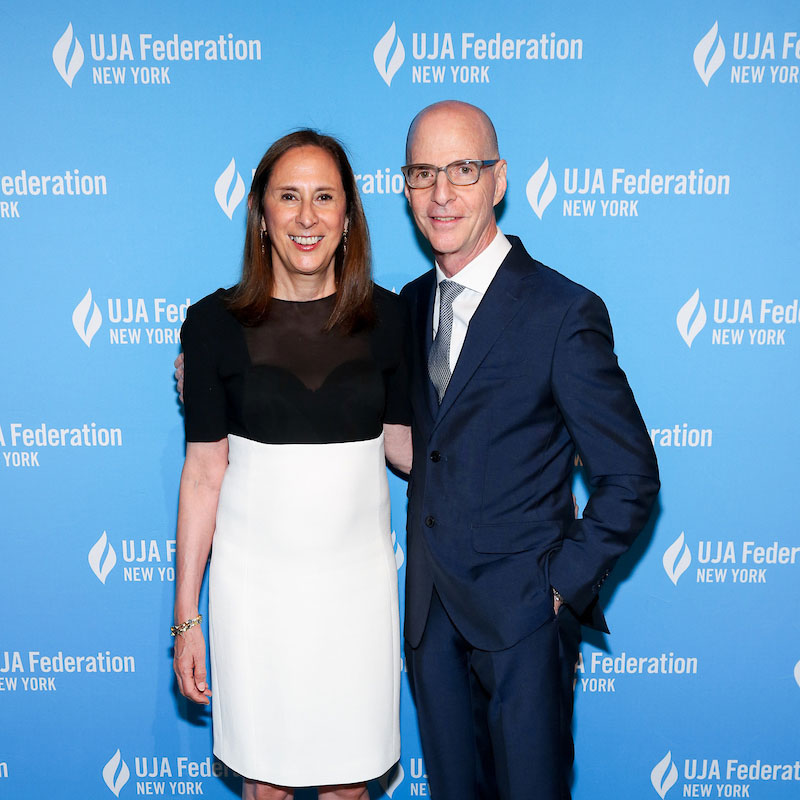 Hillel Board Chair Noah Pizmony-Levy Drezner ’00 and Executive Director Dennis Kirschbaum jointly note that “Hillel at the University of Rochester is excited at the possibility of a home for the many programs offered for our nearly 1,000 Jewish students as well as for programming of interest to the estimated 19,000 Jewish residents in the Rochester area. We look forward to collaborating on this important initiative and elevating the University’s presence in the Jewish community.”

Hillel at the University of Rochester is dedicated to fostering student growth, Jewish learning, and relationship building. For the Jewish community at Rochester, which includes undergraduate and graduate students (including students at the Eastman School of Music), faculty, and staff, Hillel offers weekly Shabbat opportunities, meals, social and cultural programming, alternative break programs, holiday services and celebrations, and two Birthright Israel trips each year.

The planned location for the new Center for Jewish Life is on Wilson Boulevard near the corner of Fraternity Road. A similar building for the Catholic Newman Community is in the early planning stages and would be located nearby.

“We celebrate all forms of diversity at Rochester, including religious and cultural difference. Therefore, groups like Hillel play an important role in the lives of our students,” says Jeffrey Runner, dean of the College. “Our Jewish and Catholic communities are two of the largest such groups on campus and their many activities have outgrown the space allocated in the Interfaith Chapel. In addition, the new Center for Jewish Life building will offer much-needed, state-of-the-art classrooms for instructional purposes across the College.”

David is a first-generation American whose parents fled from Nazi Germany. “Coming to Rochester for college opened up a whole new world for me and I am very grateful for the education and the student experiences it provided,” he says. “As I have grown older, I have also come to realize how important my Jewish identity is to me. It gives me great pride to make this gift. I look forward to others joining Laureine and me in making this new Center for Jewish Life a reality.”

Read more on the important role of faith communities at the University of Rochester.