From food stamps to the c-suite to the mayor’s office: Patrick Cunningham

From food stamps to the C-suite to the mayor’s office: Patrick Cunningham

The City of Rochester’s deputy mayor, Wilmot Cancer Institute board member, former CEO, and philanthropist focuses on a life without regrets 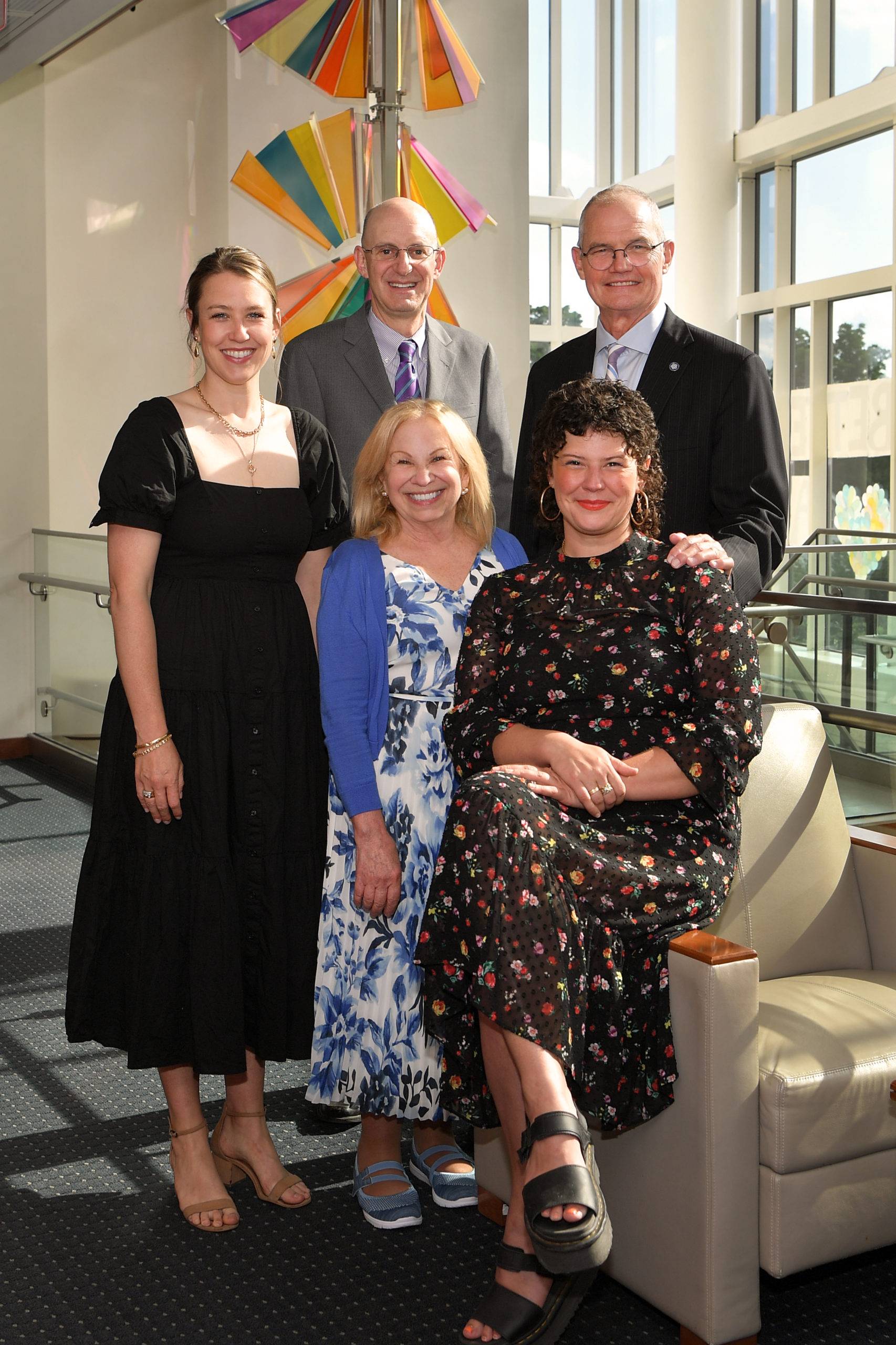 On the walls of Patrick Cunningham’s downtown office in City Hall hang four pastel landscapes of Hawaii, which his late wife, JoEll, painted to remind him of their trip in 2015. “JoEll created such beautiful works of art—pastels, acrylics, oil paintings,” says Cunningham, Rochester’s deputy mayor. “She loved art, music, and life and she had this amazing, infectious laugh. I miss it all.”

JoEll Mileo Cunningham died on November 6, 2018, after a six-year battle with ovarian cancer. It was her second bout with the disease, having been treated for cervical cancer in 1993. After several years into her ovarian cancer treatment, Cunningham asked his wife’s oncologist, Cynthia Angel, MD, how much longer the family had together. She said about two years.

That’s when Cunningham, who was then the CEO of Manning & Napier, a local wealth management company, announced his retirement. “JoEll was such a fighter,” he says. “She lived another two and a half years. Our daughters, Sabrina and Danica, were 26 and 22 at the time. I’m grateful for every moment we all had.”

In the summer of 2022, Cunningham made several gifts to Wilmot totaling $1.6 million. To honor his wife, $750,000 of that gift established the endowed JoEll Mileo Cunningham Cancer Research Fund, which advances ovarian cancer research and names the seventh floor at the Wilmot Cancer Institute after his late wife. Although this gift was originally established as a bequest, Cunningham decided to fund it now. “My daughters and I wanted to do something to combat the disease that killed their mother,” he adds.

Most of the rest of Cunningham’s gift provides immediate support for Wilmot’s Discovery Fund. “I wanted to help Dr. Friedberg—Wilmot’s director—fund priority areas at his discretion, for instance, to support pilot research and faculty recruitment initiatives,” he says. In addition, Cunningham’s gift helped fund the 2022 Warrior Walk and the 2022 Toast to Your Health Wine Auction, for which he served as co-chair.

Cunningham has been engaged with Wilmot since 2016. Several years after his wife’s diagnosis, he joined the board and is now on its executive committee. “Wilmot has given us—our family and this community—so much,” adds Cunningham. “I’ve always wanted to give back and our gifts help advance cancer research, recognize the caliber of Wilmot’s faculty and staff, and celebrate JoEll—an amazing wife and mother.” 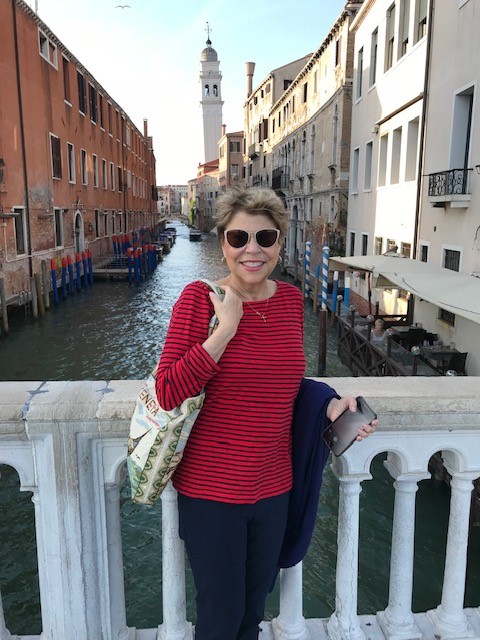 The couple met on the Charles River in Boston. Cunningham—then a junior at the Massachusetts Institute of Technology (MIT)—was a member of the Community Boating Club. For an annual $35 fee, members like him could borrow a boat whenever they wanted. They also took out newbies to introduce them to boating.

“On one chilly morning, I stood in line for a cup of coffee outside the boathouse,” he says. “I noticed this young woman in front of me and I tried to get her attention. As luck would have it, JoEll was new to the club, and I was scheduled to give her an introductory boat ride.”

Cunningham adds, “That morning led to our first date—a picnic. I did it up right, too. I brought a loaf of white bread, some Oscar Meyer bologna, and a small jar of French’s mustard. I forgot a knife, so we had to use our fingers to spread it. JoEll took a different approach to the outing and made Russian tea cookies from scratch. Those early days led to a very happy 35 years of marriage.”

Cunningham was born in Queens, N.Y., but moved to Bloomingburg, N.Y.—a rural, 800-person town—when his parents divorced at age 11. “My mom raised me and my three brothers,” he says. “She didn’t make enough money as a secretary to feed four hungry boys though, so she also worked as a waitress on the weekends. We still needed welfare and food stamps to get by, too. Times were tight and I learned the value of hard work at an early age.”

In high school, Cunningham’s guidance counselor noticed how well he did in science and math and told him he should think about being an engineer. Patrick didn’t know what an engineer did, but he applied to RIT, Rensselaer Polytechnic Institute, and MIT. He got into each but chose MIT because it gave him the best financial package. He graduated in 1979 with a degree in biology.

For about the next 10 years, Cunningham worked in engineering, technical sales, and management positions in N.J. and Texas. He was an entrepreneur, too, and cofounded a company when he was in his 20s. In 1988, he sold that company, and a few years later ended up in Rochester.

In the early 1990s, Cunningham worked as a recruiter, which is when Manning & Napier hired him to look for a business development candidate. “I read the description for that job and thought it sounded like the perfect position for me,” he says. “I ended up bringing Manning & Napier just one resume for that job—mine.”

It was a great learning experience for Cunningham, who rose in the company’s ranks and joined its executive leadership team. After 19 years with Manning & Napier, he became its CEO in 2010 until his retirement.

Cunningham met Malik Evans ’02S (MBA) on the Rochester Museum and Science Center’s board of directors. Later, Cunningham recruited him to join Wilmot’s board. Soon after becoming mayor-elect, Evans asked Patrick to become his deputy mayor.

“When Mayor Evans asked me, I said ‘why?’ I’m not political,’” says Cunningham. “Mayor Evans told me he didn’t want a career politician. He wanted someone with management skills and who could motivate and organize people. He also wanted someone who cared. That was me. For a long time, I did not like what I was seeing in the city: the violence, generational poverty, and the state of the city school system. I grew up without resources and can appreciate the hardships many people face.”

After being asked to join Mayor Evans’ team, Cunningham went to breakfast with Carlos Carballada, a local Rochester businessperson who served as deputy mayor in 2016. They discussed the opportunity. “Carlos told me, ‘if you don’t take the job, you’ll regret it for the rest of your life,’” says Cunningham. “He was right—I know I’m in the right place, doing the right thing, and, I hope, making a difference for the better.”

Gifts like Patrick Cunningham’s help us advance knowledge, drive innovation, and improve the lives of patients. Contact Clare Flanagan, Executive Director of Advancement for Wilmot Cancer Institute, to learn more about how you can make a difference, too.