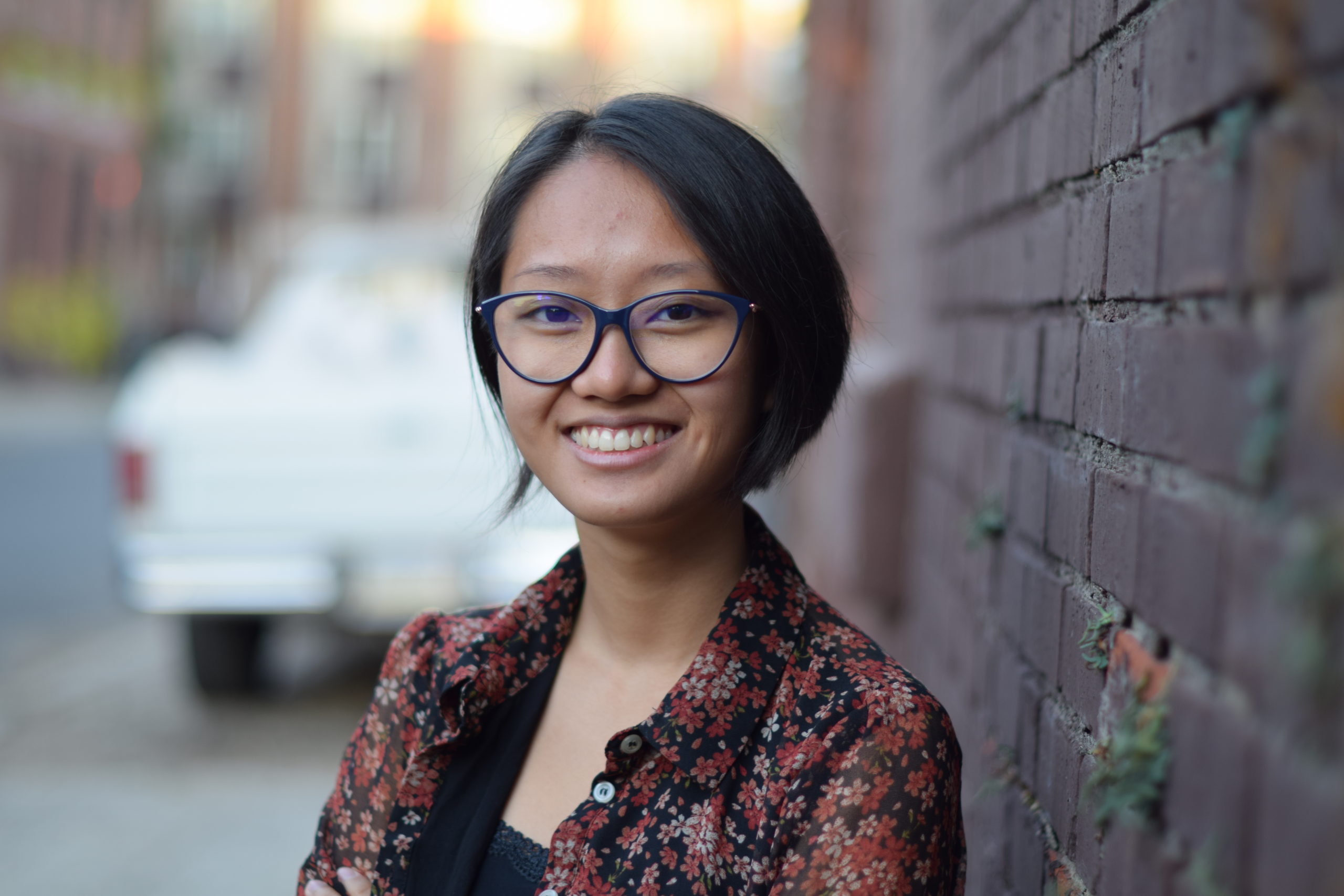 In September 2020, pianist and composer Ania Vu ’17E got an email from her alma mater, the Eastman School of Music, about its “100 concerts” around the world project, an initiative to celebrate a century of the school’s artistry, scholarship, leadership, and community. That email prompted Vu—a PhD candidate studying composition at the University of Pennsylvania—to contact Eunmi Ko ’06E, ’12E (DMA), a piano faculty member at the University of South Florida and co-founder and president of the Contemporary Arts Music Project. They both wanted to get involved.

Working remotely over the next nine months, Vu and Ko created “The Music She Writes,” a four-part virtual concert series that featured 25 works by women composers from across the Asian diaspora, including Japan, Iran, India, and beyond. Their goal: to highlight the diversity and significance of music by Asian female composers within the contemporary music landscape. The Eastman Department Diversity Initiative provided a grant to help fund the project.

Here, the two alumnae discuss their project and their passion for music.

Why create “The Music She Writes?”

EK: We really wanted to be part of Eastman’s centennial year activities and saw it as a perfect opportunity to celebrate Asian women composers, while at the same time feature talented musicians from all over the world. We want people to enjoy the music offered here—which is organized by themes—while being exposed to more than they were likely taught as music students or may have heard as listeners and audiences. Also, we selected these particular composers, not because Ania and I are Asian, but because they are exceptional and deserve to be heard. Many musicians like Ania and I grew up listening to and playing music primarily composed by deceased white men. But, the musical world is much bigger than that.

AV: Asia is a very large continent. When people hear “Asia” they tend to think southeast Asia. But, there are so many countries, cultures, and musical traditions across the continent’s expanse. Many composers from these places are often overlooked in contemporary classical music. So, as we planned out the concerts, we took care to select those who reflect that musical diversity and who represent different ages, styles, and places in their careers. For instance, some were graduate students and others were very established in their composing careers. “Music She Writes” provided us with a platform to showcase all of this and our goal, ultimately, was to build a community of artists from such different backgrounds. 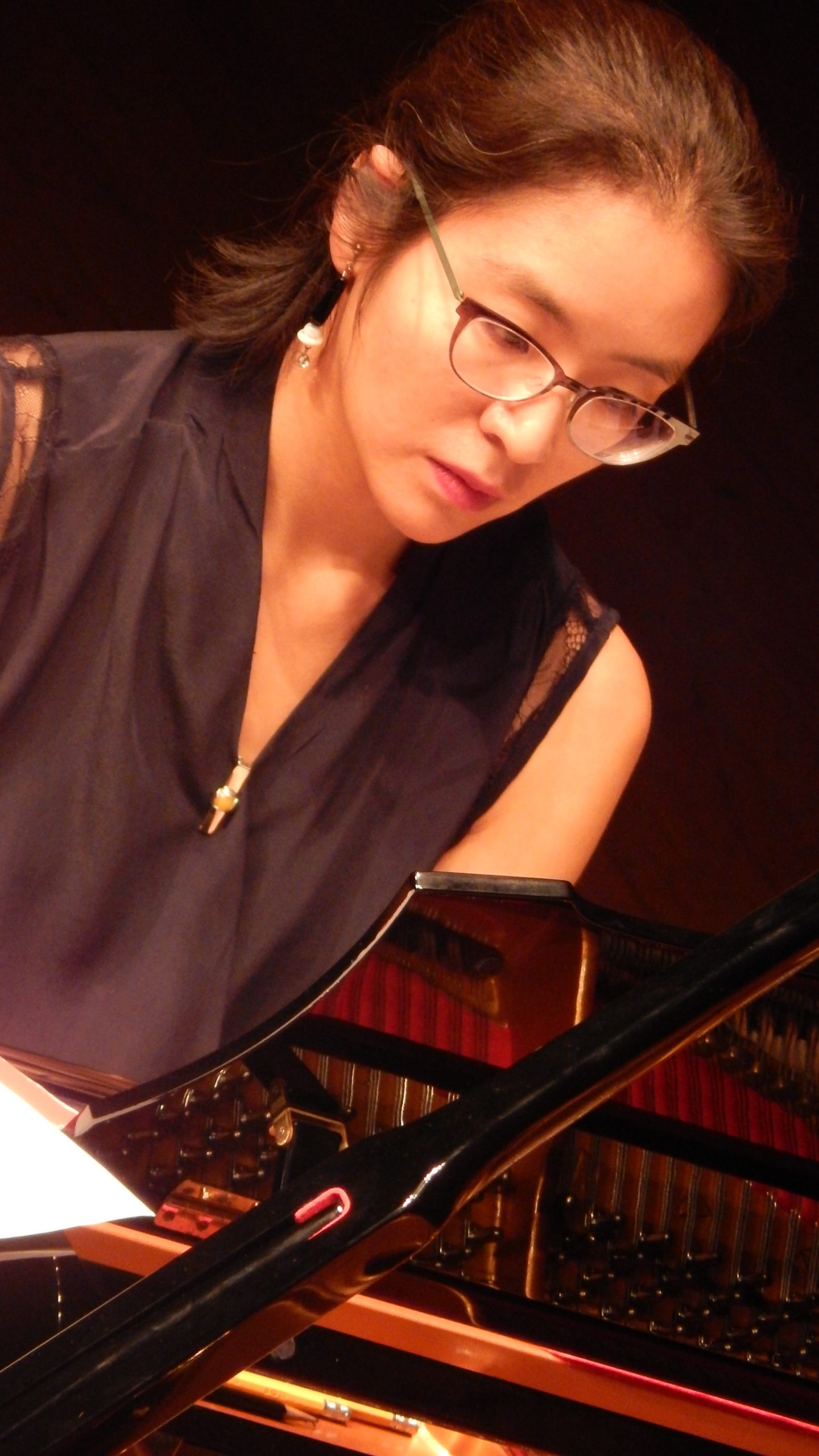 How did you two meet?

AV: We’ve actually never met in person, and we didn’t overlap at Eastman. We first connected through the International New Music Festival that Eunmi was organizing at the University of South Florida. It was supposed to take place in March of 2020, but because of the pandemic, it didn’t happen in person. Instead, the festival moved online, and, in addition, composers were invited to give a virtual talk about their music. After my talk, Eunmi and Robert McCormick, a faculty member there, asked me to compose an original piece that premiered there a few months later. Having connected with Eunmi and having witnessed her active presence in promoting new music through different kinds of initiatives, I knew she would be a great partner on this project.

EK: Ania has built a wonderful reputation over the last few years, and I was excited to work with her. The project brought us together and became a way to strengthen and expand our networks. It also introduced us to others who share common musical interests and are open to future collaborations, which is very exciting.

How did you find your way to Eastman?

AV: My parents left Vietnam to study abroad—my dad to Poland and my mom to Russia. My mom then moved to Poland to be with my dad, and that’s where I was born and raised. From as far back as I can remember, we always had a piano in the house. That’s because my mother was—and still is—a pianist and composer. I started taking piano lessons outside the house when I was about five years old, and I was part of a music school from elementary school through high school. I was always very passionate about music and when I was a teenager, I decided that I wanted to become a film composer. To realize that dream, I knew I had to study classical composition in college. I then applied to many universities in the U.S.

I had my first college audition ever at Eastman, and I fell in love with the school immediately. When it came time to decide where to go, I thought it was between Eastman and another university. I couldn’t decide—or at least I thought I couldn’t. That’s when my high school counselor told me to write down the name of each school on two separate pieces of paper and then to pick one at random. I picked Eastman and I was so relieved. It validated what I knew in my heart—that Eastman was the place for me. My career goals have shifted somewhat since I was a teenager and, today, I enjoy composing, performing, and being a music educator.

EK: I grew up in Korea where we also had a piano in the house and music was always playing. Unlike Ania though, there weren’t any musicians in my family. They all had very practical careers as doctors and lawyers. Probably unknowingly, my aunt played a key role developing my interest in classical music. Growing up, the two of us shared a bedroom and, every night, she played classical music on the radio before we fell asleep. She just loved it and I grew to as well. She also had a large vinyl record collection that included everything from Leonard Bernstein, Karajan conducting standard orchestra repertoire, and Pollini’s Chopin playing. I just loved listening to these records with her. 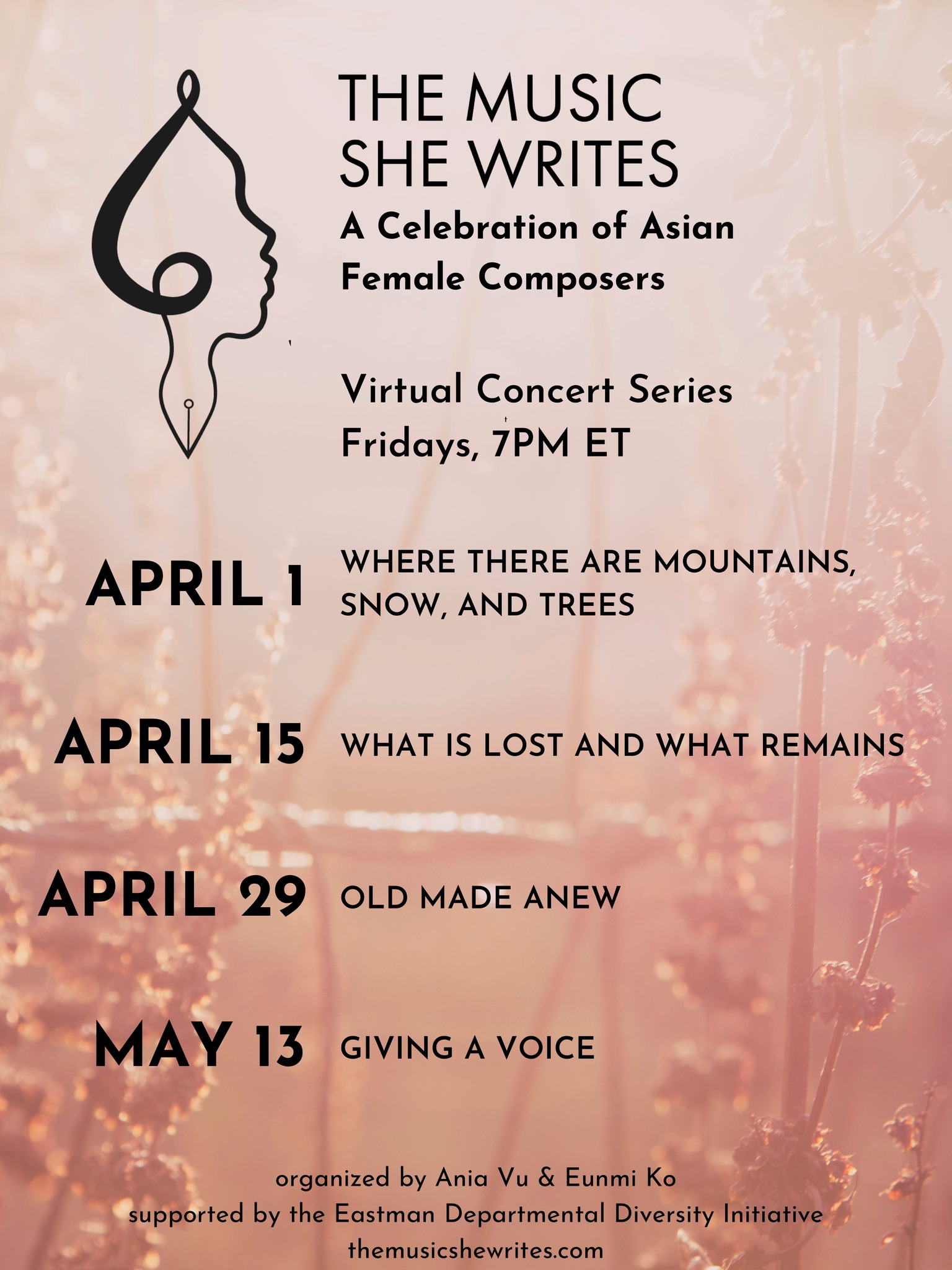 “The Music She Writes” poster

And although I played piano growing up, I didn’t become a serious musician until high school, and I wasn’t sure about becoming a professional musician junior year in college. That’s when I had the opportunity to attend a summer Chautauqua Music Festival piano program at the Chautauqua Institute, which is about an hour or so south of Buffalo. The music I heard there spoke to me in a brand new way, and that’s where I met Rebecca Penneys, who was a piano professor at Eastman at the time and is now an emerita professor there. When I heard her perform at that festival, I just knew that I had to play music professionally and that I needed to study with her. It blew my mind to hear the way she made music. She was an incredible teacher, too. I learned so much from her and the other faculty at Eastman.

What’s next for “The Music She Writes?”

AV: We want to build on the momentum and the positive feedback the festival has received. We’d like to continue what we’ve begun and expand it. We are looking at how to do that now, for instance, perhaps we build this out as a hybrid program, add a “meet the composers” aspect to the festival, involve current Eastman students. We also have to look at possible venues and infrastructure.

EK: It’s important for us to continue this kind of programming, build community, and communicate and collaborate with musicians and composers who share our passion for music. It’s a great opportunity to celebrate the diversity in contemporary classical music.

Watch and listen to “The Music She Writes: A Celebration of Asian Female Composers”

Original composition: “Fanfare in the Snowball”

“The Music She Writes” commissioned this piece for “Giving a Voice,” Concert IV in its series

Concert I, “Where There are Mountains, Snow, and Trees”

Concert II, “What is Lost and What Remains”

Discover more about the Eastman Music School and our “100 concerts for 100 years” program and help us honor a century of music and celebrate the century to come. Please contact Eastman’s Advancement team to learn how you can support music, artistry, innovation, and community at the school.

Learn more about “The Music She Writes” and visit the websites for Ania Vu and Eunmi Ko.