Why I Give: Richard Kreipe, MD

Why I Give: Richard Kreipe, MD 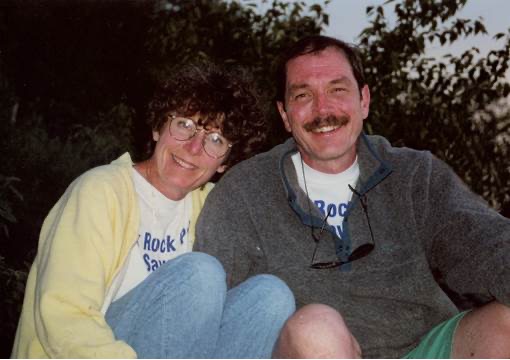 Richard Kreipe, MD, professor emeritus in the University of Rochester Medical Center’s Department of Pediatrics, had never heard of nurse practitioners until he arrived in Rochester in 1979. Since then, he has worked with many nurse practitioners—and married Mary Sue Jack, PhD, RN, and a Pediatric Nurse Practitioner (PNP), in 1988.

Jack died in 2017 after a battle with aplastic anemia. To honor her and her profession, Kreipe recently established the Mary Sue Jack Endowed Fund, which will support a nurse practitioner in adolescent medicine at the Medical Center, forever. It’s the first endowed fund ever established at the University to support a nurse practitioner. Amy Realbuto, an RN and PNP in the Division of Adolescent Medicine at the Medical Center, will be the first nurse practitioner to be supported by the Mary Sue Jack Endowed Fund.

“Nurse practitioners play an essential role,” says Kreipe, who is also a board-certified pediatrician, adolescent medicine specialist, and the founding director of the Child and Adolescent Eating Disorder Program at the Medical Center. “They possess skilled knowledge and offer compassionate care, which helps patients get better and feel better. I established this fund because I could think of no better way to pay tribute to Mary Sue and her many years of dedicated service in clinical care and academic role-modeling.”

“When I met Dr. Kreipe back in 1999, I didn’t realize he’d become a colleague, mentor, and friend almost 20 years later,” says Realbuto. “He is known by many, and his respect for the nursing community has been a shining example of interdisciplinary care. I am honored to be the inaugural holder of this honor and I hope to continue the legacy of innovation within nursing practice that Mary Sue Jack exemplified.”

Here, Kreipe elaborates on his wife’s background, instructive moments in their lives, and the important role of nurse practitioners. Today, there are 1,675 nurse practitioners at URMC’s Strong Memorial Hospital and Highland Hospital.

Tell us about the early days of your wife’s career.

Mary Sue earned her RN degree at the University of Michigan, then moved to Colorado to earn one of the earliest PNP certificates under Dr. Loretta “Lee” Ford’s mentorship. She then returned to the University of Michigan School of Nursing and taught an array of courses as a faculty member while also providing clinical service as a PNP at the affiliated Mott Children’s Hospital in Ann Arbor. She relished integrating the academic and clinical elements of being a PNP there, with one foot in the nursing school and the other in its children’s hospital.

What brought you and Mary Sue to Rochester?

In July 1979, Mary Sue came to Rochester as a Robert Wood Johnson Foundation (RWJF) Clinical Nursing Faculty Scholar to expand her clinical skills in the care of adolescents. She had planned to return to Ann Arbor upon completing her one-year training program. I came to Rochester at the same time for my Academic Pediatric Fellowship in adolescent medicine, also planning to return home after completing my two-year training. I was going to join a pediatric group just outside of Philadelphia that was interested in adding my services as an adolescent medicine specialist to their practice. We ended up staying in Rochester because we were happy with our careers, the opportunities at the Medical Center, and the life we were building.

When did you realize that nurses, nurse practitioners, and Mary Sue, specifically, could provide you with valuable insights?

Having never worked with—or even heard of—a PNP before coming to Rochester, when I was assigned to see patients with Mary Sue in the Adolescent Medical Clinic (AMC) in early July, I was confused. After several weeks of not collaborating with her in the AMC, she handed me a copy of a nursing journal article. I scanned it, looking for the name of the journal and the author, then the title as I had been taught as a budding academician.

As I handed the article back to her, I said, “I don’t read nursing journals and I’ve never heard of Judith Goldsborough.” Then, in reference to the article’s title, which was “On Becoming Nonjudgmental,” I gave Mary Sue the coup de grâce when I said, “Besides, I’m already nonjudgmental.” Mary Sue then tossed the article back at me, emphatically saying, “And, that’s why you need to read this.” That stopped me in my tracks. I thought, “Wow! She knows me better than I know myself.” So, we started to see each other socially outside of clinic.

What roles did Mary Sue have at the University’s School of Nursing (SON)? What did she most enjoy doing?

Upon completing her RWJF Faculty Scholar training in June 1980, Mary Sue immediately started her PhD program in nursing research at SON, completing it only five years later, while Dr. Ford was still dean. She then went on to become a much-beloved faculty member at SON, serving as assistant dean of student affairs, which was her favorite faculty role until she retired in 1999.

Mary Sue most enjoyed that job because she worked closely with undergraduate students, who at the time were enrolled in a four-year program on both the River Campus and Medical Center. Because Mary Sue was so involved with students and was familiar with River Campus where she took classes in her PhD program, she was able to relate to students across personal, academic and professional levels.

Tell us about the key role nurses have within the child and adolescent eating disorder program.

Nurses have always played a central role in the development, implementation, and modification of consistent treatment protocols on our inpatient eating disorder service. All admitted patients with an eating disorder are assigned a nurse 24/7 who has specialty training in this area. Furthermore, our outpatient eating disorder program has been staffed by nurses and physicians who have worked alongside each other in the inpatient areas, linking pediatric outpatient and inpatient services to form a comprehensive program since the mid-1980s.

Having been here long enough, I recall a teenager who was being treated in our outpatient clinic for anorexia nervosa but required admission to our inpatient program, which at the time was located on the 4-1400 unit of Strong Memorial Hospital. Following successful treatment, she went to nursing school and her first job after graduating was on the 8-S unit of the new Golisano Children’s Hospital building, where individuals with eating disorders requiring inpatient care are treated. A nurse leader on 8-S recognized this newly minted nurse as a patient for whom she had cared on 4-1400 several years previously. The two immediately bonded, with the nurse leader serving as her nursing mentor rather than her nurse. That former patient is now studying at another institution in an advanced NP program, in many ways coming full circle.

Looking back, were there any “aha” moments in your life that helped you understand the distinctive role of nurses?

When I was 12 years old, I got very sick with an intense pain in my belly, which was soon diagnosed as appendicitis. My parents took me to the nearby hospital, and I remember a nun came into my room with a thermometer. I looked at her and said, “But you’re a nun!” She told me that she was a nurse, too, which struck my preteen-aged brain as unusual. A few hours later when I spiked a fever, she came back in, put the back of her hand on my forehead—like my mother would do to gauge the fever and to comfort me—and fluffed up my pillow. I now know that doing that with the pillow was a cooling technique. I was so much more comfortable when I put my head back down. Nurses are taught techniques like that, which showcase their ability—and their skill—to care for patients. They help make patients better, and they have frequent contact with them. This is probably why patients trust nurses the most among their health care teams.

Based on the collaborative partnership between the School of Nursing and Department of Pediatrics at the University of Rochester over the past half century, the evolving role of Pediatric Nurse Practitioners (PNPs) in caring for children and adolescents has deep roots in Rochester:

Contact Scott Rasmussen, assistant vice president of Advancement for Golisano Children’s Hospital, to learn more about how you can make a difference in the lives of young patients at the Medical Center. For more about how to support nursing, contact Andrea Allen, director of Advancement and Alumni Relations for SON.