Toast to Your Health Wine Auction 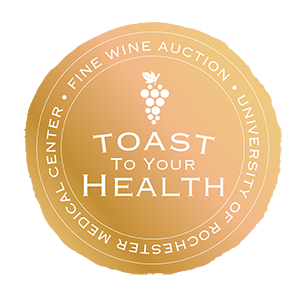 Over the years, we have auctioned off fine wines, exciting travel experiences, and exclusive dinners. One of a kind lots encompass all three. 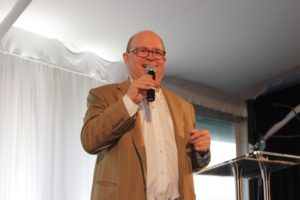 Fritz Hatton and his immediate family own Arietta, one of Napa’s top producers of Bordeaux-style blended wines. He is also the nation’s most experienced wine auctioneer, having begun his career in Christie’s Wine Department in 1980. After a 12-year management career with Christie’s in North America and the Far East, Fritz took a musical sabbatical on the West Coast in the early 1990s. He conducted his first auction for the Napa Valley Vintners in 1992, and in 1995, returned to Christie’s as director of Christie’s U.S. Wine Department.

Out of Fritz’s musical and wine country experiences with his winemaker friend, John Kongsgaard, emerged a wine brand with a musically inspired name: Arietta. In 1998, Fritz returned to California to launch Arietta with his wife Caren Hatton.

He remained with Christie’s as consultant and principal wine auctioneer, before joining Zachys Wine Auctions in 2002. Fritz continues to conduct all commercial wine auctions for Zachys, as well as numerous charity wine auctions nationwide, in addition to overseeing the production and sales of Arietta.

After family and wine, Fritz’s major interest is classical music, and he is just as happy playing the piano as he is encouraging bidders to turn cash into collectible wine.

For questions about auction items or the auction process, contact Caitlyn Conway at caitlyn.conway@rochester.edu or (585​) 275​-​3591.