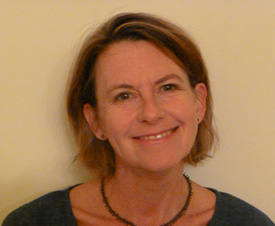 The University of Rochester's Susan B. Anthony Center will explore the challenges faced by women in the armed forces with a keynote address and panel discussion by leading scholars and experts on military matters Oct. 11.

"There's been enormous media coverage about the struggles encountered by women in uniform," says Catherine Cerulli, director of the center. "From the prevalence of sexual assault to the incidence of suicide, we know that servicewomen confront unique issues. The Stanton/Anthony Conversations are an opportunity to dig beneath those headlines to find real solutions."

Beth Bailey, the author of America's Army: Making the All-Volunteer Force (Harvard University Press, 2009), will begin the Conversations with a keynote luncheon address on the history of women in uniform.

"It may seem counterintuitive, given the continuing struggles today," says Bailey, a professor of history at Temple University, "but the U.S. military provided more opportunities for gender equality than almost any other American institution during the 1970s and 1980s." Women's roles have changed dramatically in the country's armed forces since 1967, when females by law could make up no more than 2 percent of the force and Lieutenant Colonel was the highest permanent rank allowed. More than 14 percent of today's active duty military is female.

"If we want to understand the struggles for social justice and questions of equality, we can't ignore the role that the military has playedand continues to playin these struggles," she explains.

Bailey's talk will chronicle how servicewomen were seen by the media and within the ranks. "Well into the 1970s, recruiting attempts stressed old-fashioned notions of respectability, femininity, and excellent prospects of marriage," explained Bailey in a recent essay. "This presented a bit of a problem: if you want to attract women who want to fix trucks, emphasizing femininity is probably not the best strategy."

By the end of the decade, the campaign adopted the language of women's liberation, presenting service as an opportunity for women to expand into non-traditional roles, says Bailey. Today, women and men are recruited with the same advertisements, she notes, but women are often featured prominently.

Joining Bailey for the panel discussion are two other experts. Aaron Belkin, associate professor of political science at San Francisco State University, is the author of Bring Me Men: Military Masculinity and the Benign Facade of American Empire (Oxford University Press, 2012), a study of contradictions in American warrior masculinity. Belkin is also the founding director of the Palm Center, whose education campaign helped build support for rescinding the military's "don't ask, don't tell" policy toward gay service members. Stephanie Smart, is a retired U.S. Navy captain and a former associate deputy general counsel for the Department of Defense. Smart has personally advised members of Congress from both parties on sexual assault in the military. She received her bachelor of arts degree from the University of Rochester in 1988.

The 2013 Stanton/Anthony Conversations will take place Friday, Oct. 11 as part of Meliora Weekend and is the culmination of a two-day conference on gender in the military. The keynote speech and luncheon begin at noon on the river level of the Interfaith Chapel. Tickets are $45 for the general public and University faculty and staff, $20 for University students. The panel discussion, which begins at 1:30 p.m. in the Chapel's sanctuary, is free and open to the public.

For more information, call the Anthony Center at 585.275.8799, email ACWL@mail.rochester.edu, or visit the website. To register for the luncheon or the panel discussion visit: http://events.constantcontact.com/register/event?oeidk=a07e800phiy4340564d