Nancy Melvin Taylor ’86N was the University of Rochester’s first All-American in field hockey. For many years, she held school records for the most goals in a single season (17) and the most career goals (50). She also served as the team’s cocaptain for two years. Nancy worked hard off the field, too, as a dedicated nursing student. 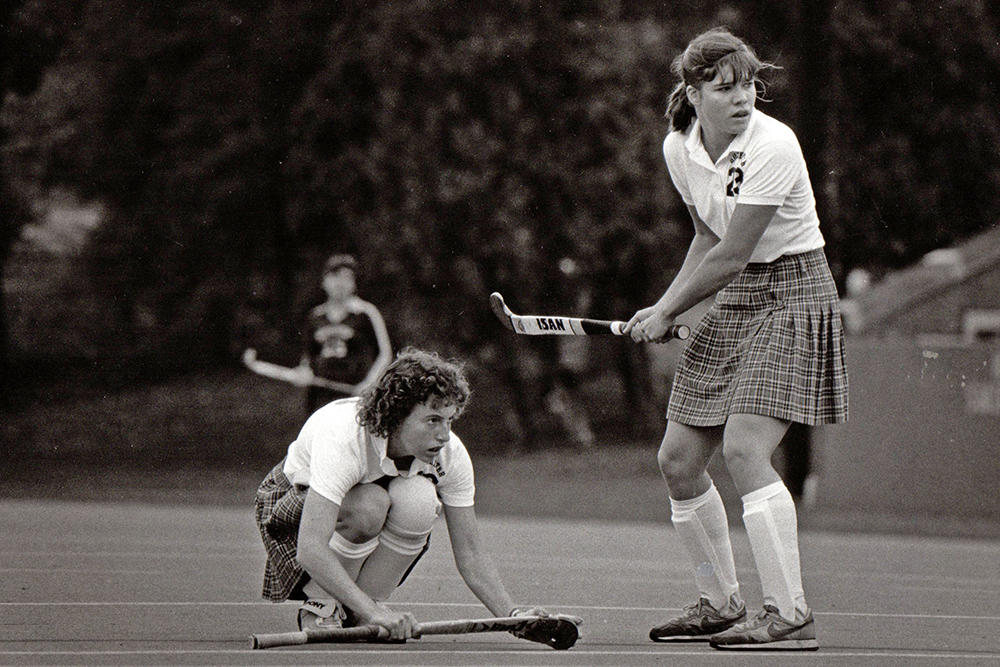 Nancy was a lot of fun, recalls her friend, teammate, and cocaptain, Christine Joor Mitchell ’86. “I remember that she would wear pinnies to parties—the ones that we would wear during scrimmages. She made them fashionable. She’d also be the first one to get a party going or rally us to go to one—she loved having a good time with her friends.”

After graduating from Rochester, Nancy met her soon-to-be husband, Kip, while working in medical research in Washington, D.C. They married in 1996 and Kip, a lieutenant colonel in the Army, went to work every day at the Pentagon.

Everything changed, though, on September 11, 2001, when American Airlines Flight 77 crashed into the Pentagon—killing Kip and 124 others.

Nancy was pregnant at the time, with the couple’s second child. Four months after her husband died, she was diagnosed with Stage 4 breast cancer. After a long battle, she died in November 2003 at the age of 39, leaving behind two young sons. That December, Nancy was buried alongside her husband at Arlington National Cemetery. Their boys, now 20 and 18, are being raised by Kip’s brother and his wife.

“Nancy was a dynamic, skilled athlete who led by her expertise and instinctive knowledge of the game,” says Jane Possee, an administrator in the Department of Athletics and Recreation who was Nancy’s field hockey coach. “Her teammates were inspired by her quiet but vibrant enthusiasm.”

Just three weeks before Nancy died, she was inducted into Rochester’s Athletics Hall of Fame. Many of her college teammate came, as did fellow players from her high school days. Family members and close friends came, too.

In honor of Nancy and her dedication to Rochester athletics and her lively spirit, the University has launched an effort to name the field hockey locker room after her.

“It’s a small way people can get involved to give Nancy the recognition she deserves,” adds Possee. “Nancy’s name on that locker room can and should last forever, just like her legacy will.”

Both Christine Joor Mitchell and Nancy Melvin Taylor grew up just outside of Syracuse, N.Y. They met in middle school and started playing field hockey together soon after. Christine recalls some special memories of her friend. 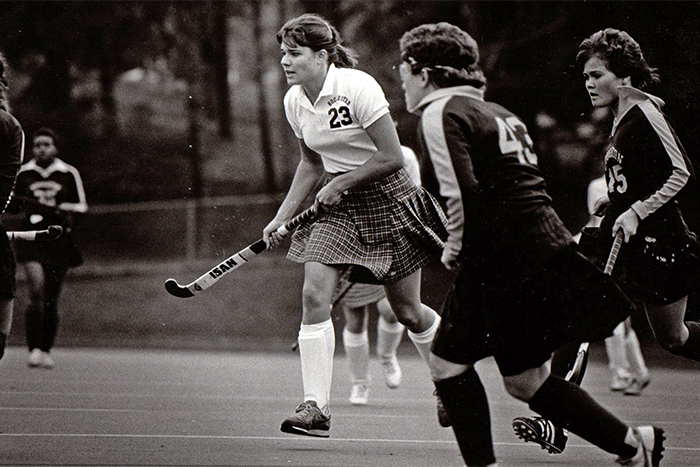 Nancy’s Hall of Fame speech: “It was a dark time for her and all of us, but she managed to tell some great stories. Like how Coach Possee would invite the team to her house every Christmas. She would serve us a beautiful meal on her fancy china. Nancy and the rest of us couldn’t believe Jane would trust us with that china—girls who were apt to break things. But, that’s how we were together—we were such a tight community who leaned on each other. We certainly did that day of the induction as well.”

Team scrapbooks: “Freshmen on the team were assigned to collect memories throughout the season—those books were incredible records of our experiences together and included all sort of things. We cut turf from some opponents’ field and pasted it on the pages. We added candles from birthdays celebrated that year. One year, we added a menu from the Otesaga Hotel in Cooperstown. Coach Possee took us there when we were playing at Oneonta. I don’t think any of us had ever been anywhere that elegant before.”

Nancy’s number and her legacy: “Nancy wore Number 23 and, over the years, a number of students have asked to wear that number because they knew her story and her legacy. They wanted to preserve and honor it. It’s a testament to what Nancy has done for the sport. She was a great role model for those with whom she played as well as for future female athletes.”