A conversation with Joan Steinman ’69

Joan Steinman ’69 attended her first reunion in 2019, to celebrate her 50th. Here, she reflects on her campus experiences, shares what compelled her to attend Reunion (spoiler alert: it was a great decision) and where life has led her since graduation. 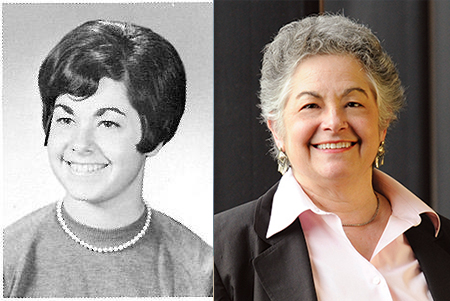 Why did you choose to attend the University of Rochester? What was campus life like?

I wanted to go to a very high-quality, co-ed university. In those days (1965), many of the best schools were in the Ivy League, for boys/men only, or were their “sister schools,” for girls/women only. On the east coast, Rochester, Cornell, University of Pennsylvania, and Brandeis were among the choices of high-quality co-ed schools. For a combination of reasons, including having an uncle, aunt, and cousins in Rochester who really touted the university, Rochester became my top choice.

While there, I mostly stayed on and around campus. Overall, the U of R was a good place to be and the faculty was excellent. I was a philosophy major, history minor, and looking back, I fondly recall Professor Haddowy, who taught a wonderful freshman seminar that I took; Professor Hayden White, who taught a brilliant intellectual history course; Dr. Jerome Stolnitz, who had perfected the art of ending every lecture just as the bell sounded; and Professor Lewis White Beck, who was a Kant scholar.

I worked pretty hard. I wasn’t much of a party-goer, but I made warm friendships. Being the sixties, there was a lot of political activity on campus and I was involved through meetings of the Student Peace Union, which became a chapter of Students for a Democratic Society. There were a number of demonstrations, protests, and strikes on campus, too. Back then, young men were of draft age so there was also a lot of discussion of the propriety of the 2S draft deferment.

What made you attend your 50th Reunion—the first for you? What was it like?

I figured that the 50th was the one to go to: It was likely that a good number of people would attend, and after this it is likely that more people may be unable to do so for health or other reasons. I’m glad I did. It was interesting to see how the campus had changed. The programs and exhibits were engaging and entertaining and triggered many memories for me. Best of all, of course, was seeing my classmates after so many years.

How easy was it to reconnect with classmates? Did they remember you, and you them?

It was great to catch up with the people I had known reasonably well back in college. I also had some very warm and gratifying conversations with classmates that I had not known at all.

The University was the common thread among us all. Sharing that connection made it easy for me to strike up conversations with people. It was fascinating to find out what people had done with their lives, what professions or other work they chose, and what families they had. Reunion also provided an occasion to relive memories of classmates whom I had known but who, sadly, already had passed away, including my first-year roommate.

Have you remained in touch since Reunion?

Yes! I have remained in touch with a few classmates since the Reunion, and I warmly think of others. When our classmate Alan Finder passed away this past May because of COVID-19, several of us offered solace and condolences to each other and many were moved to contribute to a memorial fund in his honor.

Where has your own life taken you in the last 50 years? 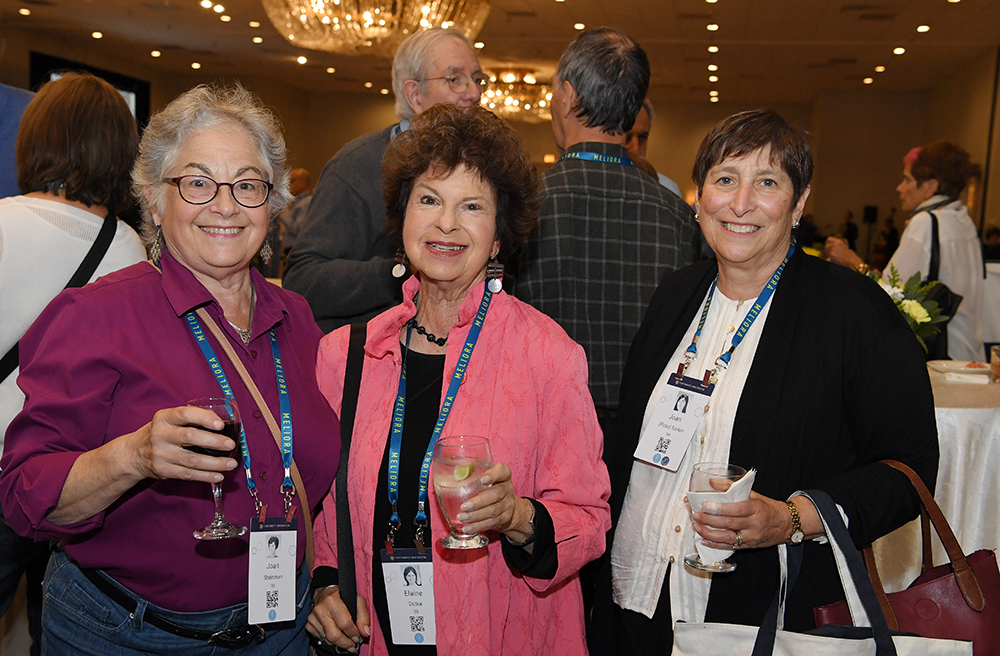 Steinman and classmates Elaine Dutka ’69 and Joan (Ross) Sorkin ’69 celebrate their Reunion in 2019.

My father was a plaintiffs’ lawyer and I grew up hearing stories of his cases and his trial and appellate arguments. Law appealed to me because it entailed constantly learning new things, both facts and law, and I could help people. So, I went to law school, practiced for a few years, and then became a law professor. I retired and now am a Distinguished Professor of Law Emerita at Chicago-Kent College of Law at the Illinois Institute of Technology.

I always enjoyed helping students to understand concepts, including legal doctrine, and acquire new skills—both of which enable them to help their future legal clients. I also enjoyed writing law review articles, because writing them provided opportunities to think really deeply about an area of the law that is developing or in need of reform. It’s an activity that allows you to be creative, and it can have an impact. I have not “practiced” for a long time, but—both while I was teaching and now that I’m retired—lawyers consult me for guidance. I also sometimes assist them, or other law professors, by helping to write and joining “amicus” (“friend-of-the-court”) briefs.

What would you tell someone else who might feel hesitant to attend Reunion?

It really is worth coming. It’s great to give and receive warm greetings from people whom you haven’t seen in 50 years, and with whom you shared college experiences. It’s exciting to reconnect and find out about their lives. You may even renew relationships or form new bonds with people you hadn’t known when you were at school. There’s little to be anxious about. People won’t care if you are heavier or lighter, balder or grayer or more wrinkled. Everyone will have changed somehow and will have stories to tell about their lives

Learn more about the latest news, plans, and registration information regarding Reunion, by visiting our website or contacting us.