The give and take of entrepreneurship and mentoring

The give and take of entrepreneurship and mentoring

More than 10 years ago, Brad Friedlander ’99—who had spent his career in finance and as an entrepreneur—moved to Atlanta. He had just cofounded Angel Oak Capital Advisors, an investment management firm born in the depths of the 2008-2009 financial crisis. New to the area, he wanted to connect with others with shared interests and continue to expand his network. 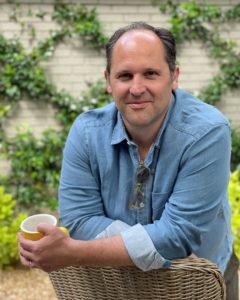 It was timely. Friedlander had recently become a member of the University of Rochester’s annual giving leadership society, the George Eastman Circle (GEC). A GEC staff member knew of Friedlander’s wish to network and thought that he and Barclay Keith ’12S (MS)—an Atlanta native—would hit it off. They did.

That initial simple alumni connection turned into a mentoring relationship and eventually into the entrepreneurial partnership that launched Artis Technologies. Their company offers modern-day lending solutions for businesses to better serve their customers by offering loan options right when people are about to make a major purchase decision, such as a home improvement project.

“The convenience of our technology helps businesses close large deals and gives access to loan options as part of their process,” says Keith, Artis’ CEO and founder. “Our technology saves consumer time, too, because they don’t have to seek out or track down loan information.”

Friedlander, Artis’ founding chair adds, “With our technology, consumers can focus on getting the product or service they need, like renovating a bathroom, getting braces for their teenager, or getting emergency surgery for their pet. They don’t have to spend their time figuring out how to pay for what they need—our technology presents them with the right options at the right time.”

“Brad has done so much throughout his career and has valuable experience to learn from,” says Barclay. “Having him as a sounding board has been priceless.”

It’s a mutually beneficial relationship, too, based on respect and common interests. “We’ve both been interested in finance and technology for a long time, and we wanted to come up with a business idea in the fintech space as it merges that shared interest,” says Friedlander.

Friedlander notes that some of their best moments as business partners have come out of finding ways through hard situations—like the pandemic. Together, they have worked through many issues, such as when many banks closed their doors nearly overnight in March of 2020. Throughout uncertainty around the pandemic, they continued to take care of employees, worked hard, and embraced flexibility.

“Brad’s dealt with many crises first-hand,” says Barclay. “He is very good at guiding me and the company through situations that are out of our control. He always says, ‘Stay calm and think about what you will let you sleep well at night.’”

“Our mentoring relationship and partnership has been full of give and take,” adds Friedlander. “My experience in finance and Barclay’s experience in tech make for a very good match. We are always learning from each other—the mentor learns just as much from the mentee.”

An outdoorsman, Army veteran, and entrepreneur

Although their relationship started about a decade ago, the seeds of entrepreneurship were planted much earlier in their lives. 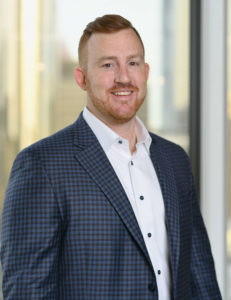 Keith grew up in the woods outside of Atlanta. He’s always been an outdoorsman and an extrovert, hungry to learn and have new experiences. After high school, he joined the US Army. For six years, he served in situations and places where he had to innovate on the spot, such as in Afghanistan. Those experiences, he says, shaped his character, influenced his leadership style, and honed his work ethic. By the time he got out of the military, he had lived in multiple countries and encountered many different lifestyles and points of view.

After the Army, Keith went to Kennesaw State University for undergrad followed by Babson College in the Boston area where he studied global entrepreneurship. He then went to New York City for a few years where he worked for Bloomberg. While working long days there, he got his master’s in finance from the Simon Business School, which had an offsite program in New York City at the time.

Keith then went to work for a hedge fund in Chicago. “I enjoyed the work, but I wanted to find more value creation and do more than move money around,” he says. He taught himself code and, soon, joined Greensky Credit, where he applied his finance background and interest in data science as a director of analytics.

Throughout this time, Keith had big ideas, especially around embedded lending, which merges a non-financial service provider, such as a retailer, with a financial service. This eventually grew into the plan that launched Artis with Friedlander.

From stock market competitions to the movie theater

Raised in Danbury, Connecticut, Friedlander says he was a somewhat shy teenager who was also always eager to learn, often first as an observer before diving in. He became interested in the stock market at an early age and would forego teenage parties on a Friday nights to spend time with his Dad watching “Wall Street Week” with Louis Rukeyser in the early- to mid-1990s. In high school, he even participated in stock market competitions, at the suggestion of business teachers at his school.

His passion for the market stuck with him and led him to the University of Rochester, where he earned a bachelor’s degree in economics. During college, he engaged in conversations about the stock market with his advisor. He also spent a semester in London, where he had a marketing internship and learned a lot about himself and another culture. After graduating, he went to JP Morgan in New York City, near the New York Stock Exchange. He then delved into the world of fixed income trading and portfolio management.

In addition to Artis, Friedlander has gotten involved in many creative entrepreneurial pursuits, especially in recent years. He’s on the board for Wild Heaven Beer. He’s also the executive producer for Vital Pictures, which will soon release its first film, a fact-based World War I story called “The War Below.” Set in England, the film plays into Friedlander’s passion for history and gave him an opportunity to go back to the UK.

For Friedlander and Keith, Atlanta is the place to be. Downtown is growing, and tech firms are flocking to it. Artis is situated near the historic Five Points district and Keith can see the Coca Cola company sign out his office window—a reminder that an entrepreneurial mindset and the power of a good idea can take anyone, anywhere.

Friedlander and Keith offer these mentoring and entrepreneurial tips.

Together for Rochester is a yearlong campaign designed to make life better. Get involved by helping our career centers to open doors for students—recruit Rochester graduates; join The Meliora Collective; and offer internships, full-time jobs, post-graduate fellowships, and career-building volunteer activities.