Music to his ears

Music to his ears 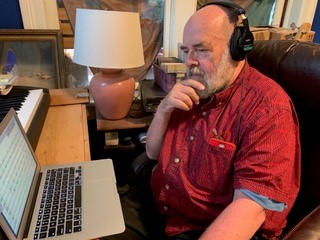 When Christian Woehr ’73E was an undergraduate viola student at the Eastman School of Music in the early 1970s, he suspected his heart might beat to a slightly different drum. His girlfriend at the time listened to his heart with a microphone and noticed that its “lub dub pisshh” went much slower than hers.

Woehr got his heart tested but never received the results. He put aside any worry and went to Colorado to participate in its renown Aspen Music Festival. It was his first time there and his jaw dropped at the sight of real mountains. When the orchestra wasn’t rehearsing, Woehr went exploring.

After Aspen, Woehr returned to Eastman but couldn’t get mountains out of his mind. Upon graduation, he skipped the ceremony and went directly to Colorado. He strapped on a very heavy backpack, hiked for two days into Hunter Creek Wilderness, and set up camp for a two-month stay. “Other than the Vietnam War, I really had no idea what was happening in the world,” he says. “I picked news about Watergate from an Eastman conducting student who visited me from Aspen.”

Thus began Woehr’s routine for the next several decades. During the academic year, he’d play viola. In the summers, into the wilderness he went, exploring not only the Rockies but also Alaska, British Columbia, Scotland. Over the course of his career, he performed with the Rochester Philharmonic Orchestra for about 10 years, five as its principal viola player. In 1986, he left Rochester for the St. Louis Symphony Orchestra (SLSO) where he stayed until his retirement in 2018. 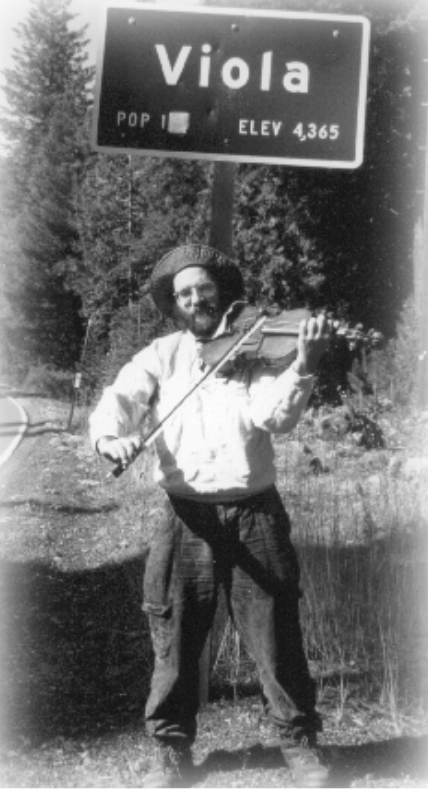 In November 2004, a nagging cold prompted Woehr to see his doctor who ordered an x-ray. When compared with an earlier film, the doctor identified an acute bulge of the aortic root. In addition to that bad valve, Woehr’s aorta was near to bursting, which could be fatal. Woehr needed immediate surgery. Three weeks later, Woehr’s medical team replaced his aortic valve with a pig’s valve.

In 2014, while still a member of the SLSO, Woehr got dizzy during rehearsal. Because the notes seemed to swim together, he had to stop playing. He was sent home immediately, soon to discover a staph infection in his heart, which was the catalyst for his issues during rehearsal.

Woehr then underwent a second heart surgery to replace the first pig valve. In the intensive care unit, he was placed in a medical coma to provide time to reduce the inflammation so his chest could be closed. While in the coma, he suffered mini-strokes, known as transient ischemic attacks (TIAs).

When Woehr came out of the coma, his world changed.

Gradually, he could identify the musical pitch of sounds around him—trucks backing up outside his window, machines in his hospital room, and birds singing. That’s when Woehr discovered he had pitch recognition. Otherwise known as absolute pitch, this is an ability to correctly label a given sound with its pitch name. This ability is often assumed for a composer, but for Woehr it had been a lifelong struggle in concentration. While listening to music, Woehr even began to see music in streaming notation.

“The medical professionals were confounded by this,” he says. “A neurologist with a musical background examined me and said he had never heard of late-onset-pitch-recognition. The nearest thing that made sense to him was that those kind of mini-strokes resulted in a loss of inhibition, and that this ability had always been there, just not trusted before.”

Woehr recounts a pre-entrance exam for an Eastman’ theory class. He had correctly identified pitch for the first 20 notes of a pitch-recognition test, but he then lost the thread, degenerating into random guesses. This experience contributes to Woehr’s belief that he always had pitch recognition, but that something got in the way. He attributes it to simple lack of confidence.

Woehr was flabbergasted, excited, and overjoyed by the transformation. He now had a technical tool—knowledge of where he was in tonality—that nourished what would become a prolific new undertaking: composing music.

“With the help of a laptop and music notation software along with being able to track my key, I began writing like a maniac,” he says. “I eventually retired from the St. Louis Symphony Orchestra, hitting the pace of writing a string symphony a month.” Although Woehr had always written music, his attempts had been hit or miss—until the TIAs. And, as a viola player he was encouraged to only practice and perform, not compose music.

This was a new world to him.

First, Woehr composed pieces for his ensemble within the SLSO, a world music group called the Strings of Arda—named after J. R. R. Tolkien’s word for “world.” In the past 25 years, he’s composed or arranged several hundred pieces for fellow SLSO members. He’s also written 33 string symphonies, each between 10 and 24 minutes long. Woehr says his orchestral compositions are “ripe for premiering” and are the kinds of pieces string players in particular love to hear and to play.

Toward the end of his time with the SLSO, Woehr was commissioned by music director David Robertson for a new piece, “Beinn na Caillich” or “Hill of the Old Woman,” a short tone poem for solo violin and chamber orchestra about one of his memorable hikes in Scotland. “Performed by St. Louis orchestra’s violinist Rebecca Boyer Hall and conducted by Robertson, this piece is broadcast on St. Louis public TV from time to time,” says Woehr. “Since conductors control orchestral programming, this was a significant breakthrough for a viola player.”

“Each composition of mine acts as a kind of memoir in musical language,” he adds. “The notes come together to describe my emotions around a particular personal or global experience—such as wilderness or the presidential election or the pandemic.”

Eastman School of Music is celebrating a milestone right now—100 years of music. Learn more about the school’s Centennial Campaign and help us help us honor a century of music and prepare for the century to come.