With employers like Hughes Aircraft, Raytheon, and Ball Aerospace on his resume, this alumnus now brings his expertise to the role of mentor for the next generation of engineers

Kevin Klem ’80 grew up in rural Pennsylvania. He was a curious kid who wanted to know how things worked, including the television set, the radio, and the family’s station wagon. He remembers taking the TV apart with his dad, and then pulling out a few of the vacuum tubes to learn how they control the flow of electricity.

When Klem was a teenager, he started working on his first car as well as the family cars. In high school, he took his core academic classes in the morning at his high school and then went to a vocational technology school in the afternoon, where he could delve into electronics theory and hands-on projects.

This was the life of a future engineer. 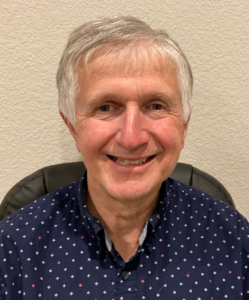 When it came time to look at colleges, Klem gravitated to the University of Rochester because of its well-known engineering program. During his four years in the College of Engineering—now the Hajim School of Engineering & Applied Sciences—he had some very memorable experiences including working on one of the world’s first CAT scanners with graduate students and professors at the University of Rochester Medical Center.

After graduating with a degree in electrical engineering, Klem had a number of job offers from around the country. Since he was always drawn to the space and the military industries, he took a position with Hughes Aircraft Company in California. He was on a team that engineered sensors and electronics for missiles as well as infrared sensor systems for A-6 fighter planes.

A few years later, Klem worked on satellite ground station hardware and software for NASA’s Earth Observing System and other clients from around the world. Klem was involved in the design, test and installation, and checkout of these ground systems. His role was to help ensure they worked in conjunction with the satellites to collect scientific data or provide communications capability.

Helping the next generation

Klem vividly remembers how people at Hughes Aircraft Company mentored him in his early years. Because of this, he wanted to play the same kind of role for the next generation of engineers, so, in 2015, he began working with the University of Rochester to help recruit students to the Raytheon Company.

In 2019, after a short retirement stint, Klem joined Ball Aerospace Technology Corporation as its ground segment chief engineer. He continues to recruit students—many of whom are optics engineers—for summer internships. Klem engages directly with students, too. He offers them advice, reviews their resumes, provides professional insight, and connects them with people in the industry. 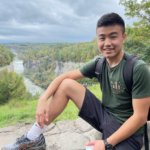 Since 2020, Klem’s been part of The Meliora Collective Mentorship Program, which runs two formal mentorship programs each year. One of his mentees, Charles Pan ’22, a mechanical engineering major, was very interested in the automotive industry and wanted to know more about it. As it turned out, Klem knew someone who was very well known in the NASCAR world.

“By tapping into my network, I was able to connect Charles to Dennis Fischer, who has built engines for Dale Earnhardt and other top NASCAR drivers,” says Klem. “Charles spent about an hour with Dennis who gave him insight into the field. Mentors can do this sort of thing—open up their networks and share their life experiences and know-how.”

“Kevin has been so helpful to me and is sincerely interested in my progress and success,” says Pan. “Although our match program has officially ended, we still talk, and I give him updates on my job search process. It’s nice to know there is someone out there—even as far away as Denver, where he lives—who is always there to support, listen, and guide me.”

Pan recommends that students and recent graduates take advantage of The Meliora Collective and all it has to offer, including the mentorship match program. “You will get matched with someone who is committed to helping you, which can lead to exciting connections and opportunities.” 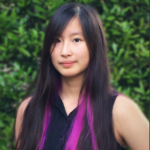 Klem has also been working with Rose McDonogh ’21, who graduated with a degree in electrical and computer engineering and is currently pursuing her master’s degree in it at the Hajim School. “When Rose was thinking about her next steps, she thought about whether to head right into industry or to pursue a PhD,” says Klem. “I gave her my insights, what’s worked well for me, and encouraged her to make well-informed decisions.”

“Kevin’s perspective has helped me figure out that I want to look for employment after I get my master’s rather than pursue a PhD right away,” says McDonogh. “He told me that some companies will actually sponsor PhDs and that it’s common to change positions within an organization to grow skills and explore new interests. Kevin has also given me resume feedback and helped me find jobs, because I originally wasn’t too sure what was out there.”

Trusting the experience of others

Like Pan and McDonogh, Klem encourages all students and recent graduates to find a mentor and to connect with alumni through The Meliora Collective. “For young people, trusting the experience of others is so important. So often, we can say ‘I’ve been there and done that,’ which can help a lot.”

“For anyone considering whether to sign up as a mentee, trust the process, allow your mentorship relationship to develop over the three months of the program, and commit to being an engaged participant,” says Michelle Calvalcanti, associate director, Career and Professional Affinity Programs at the University. “Sometimes, a mentee may not see an obvious reason why we matched them with a certain mentor, but we do look at every mentee and make matches with their individual needs in mind. This mentorship program is a great opportunity for both mentors and mentees to connect through the University.”

Make your own connections

Join and explore The Meliora Collective—an online platform for alumni, parents, faculty, staff, and undergraduate and graduate students that fosters professional exploration. Learn more about The Meliora Collective Mentorship Program, too, which runs twice each year, and matches individuals based on academic and career interests, affinities, and life experiences. The next mentorship cycle will begin accepting new mentee and mentor sign-ups in January with matching to take place in early February.