At the Intersection of Optics and Art 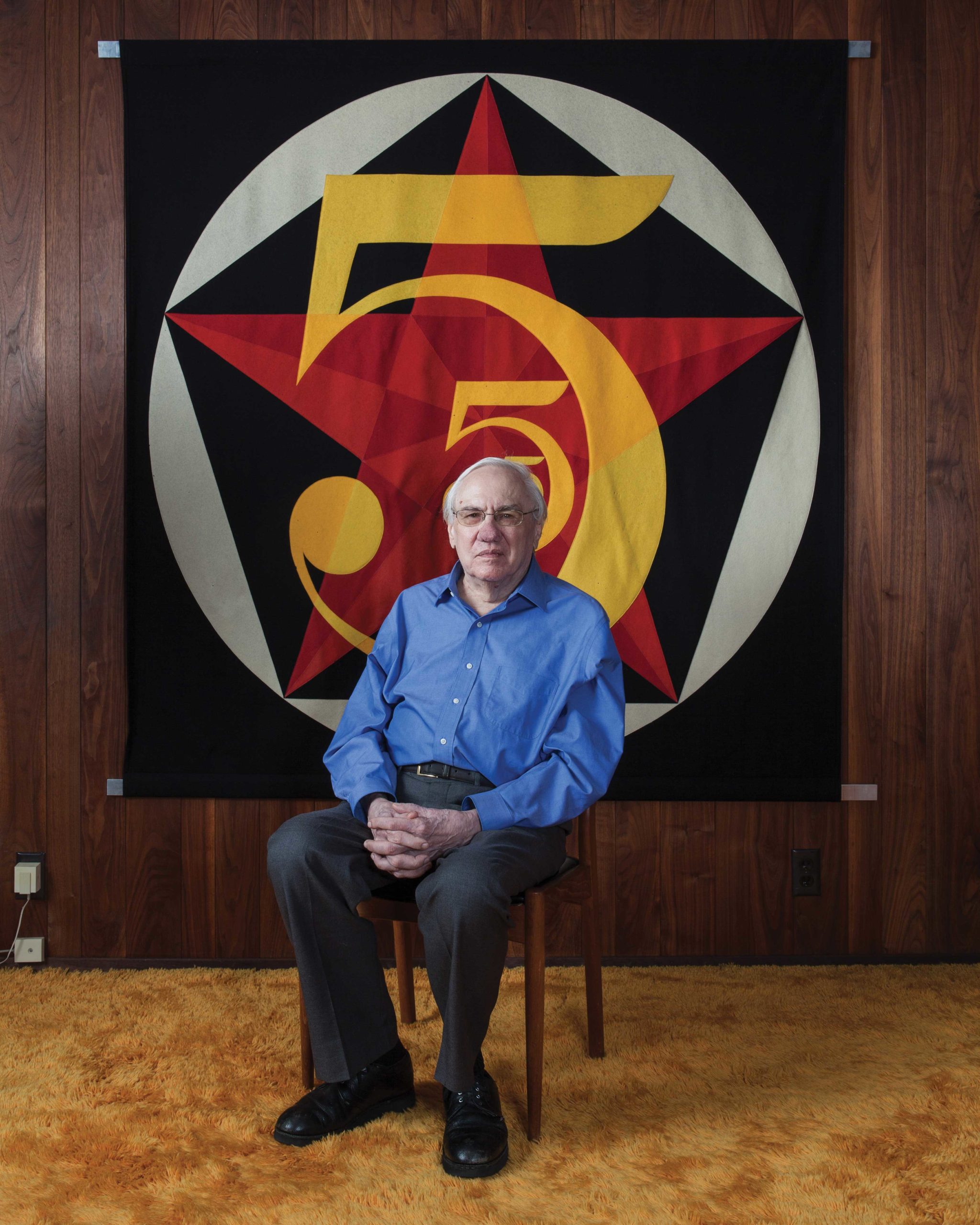 Pioneering Silicon Valley scientist Jay Last ’51 often said his background in optics helped him better appreciate the forms and colors found in the art that he collected. Photo by Max S. Gerber for the University of Rochester.

Considered one of the fathers of Silicon Valley, Jay Last ’51, ’11 (Honorary) had an extraordinary career in science, technology, and art. As an early leader in the development of semiconductors, he helped usher in the computer revolution. A noted African art collector, Last was among the first generation of Westerners to appreciate the continent’s visual art traditions. He died in November at the age of 92.

After graduating as an optics major in 1951, Last earned a PhD in physics from MIT in 1956. Early in his career, he joined a group of eight entrepreneurs who founded the Fairchild Semiconductor Corporation. There, Last helped develop and produce the first integrated circuit chips, work that paved the way for the computer revolution and established Silicon Valley as the epicenter of the digital world.

Often crediting his grounding in optics for providing him with a special appreciation for form and color, Last pursued his interest in art throughout his career. His collection of African art is now housed at UCLA, and his collection of mid-20th-century lithographic labels is part of the Huntington Library in San Marino, California.

“In the early days of my collecting, I and many of my friends were becoming interested in art because it was interesting geometry to us,” Last said in a 2016 interview for Rochester Review. “And the way I’ve collected art, the pieces I really appreciate the most are usually the simplest design forms, or the most imaginative design forms.”

Last is the author of The Color Explosion: Nineteenth-Century American Lithography and the coauthor, with Gordon McClelland, of five other books. In 2015, he published a memoir, African Art and Silicon Chips: A Life in Science and Art. He also founded Hillcrest Press and published books on California art, ethnic art, and graphic arts. He was a founder and member of the board of directors of the Archaeological Conservancy, a national nonprofit organization established in 1980 to preserve US archaeological sites.

Widely recognized as a scientist and humanist, Last received the Maurice Rickards Award from the Ephemera Society of America, and he was awarded the Legends of California Award from the California Historical Society. The University presented him with the institution’s highest award for alumni, the Hutchison Medal, in 2005 and awarded him an honorary degree in 2011.

A generous philanthropist who supported numerous museums and educational institutions, Last helped establish a professorship at Rochester and provided support for humanities fellowships as well as the Writing, Speaking, and Argument Program, the Language Center, and the River Campus Libraries.

His interests reflected a long-standing appreciation for how the sciences and the arts complement one another.

As he told Review: “My advice to somebody going into a scientific trade today would be, don’t underestimate how the humanities can make your life a lot richer.”

Read this Rochester Review story: “At the Intersection of Optics and Art”

Watch these videos: “Jay Last: At the Intersection of Art and Science” and “Jay Last: A Legacy of Giving”

— This article originally appeared in the winter 2022 issue of the Rochester Review magazine.