An ‘unofficial second career’ with the University: Roger Friedlander ’56

An ‘unofficial second career’ with the University: Roger Friedlander ’56 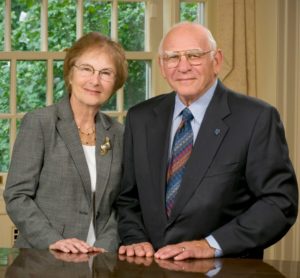 Roger Friedlander ’56 can often be spotted around town in his bright yellow sports car, with a license plate that reads “YeloJakt.” It’s a fitting moniker for his car—and for him. One of the University’s most committed volunteers and supporters, Friedlander celebrates a 70-year connection to Rochester this year, going back to his first day as a student in 1952.

A former voting member, and now life trustee for the University, Friedlander has also served as the chair of the Medical Center’s board of trustees. Over the last nearly 30 years, he’s held leadership and volunteer roles for the School of Nursing, the Simon Business School, Eastman Institute for Oral Health’s foundation, and the Friends of the UR Libraries. He and his wife of 64 years, Carolyn Friedlander ’68N (PNP), are also devoted to local causes related to public health, children, education, and the arts.

“The University and this community have given me so much,” says Friedlander. “I’ve always wanted to give back, to make an impact on students, alumni, families, patients, and the people I’ve worked with. I hope I have.”

I was born in the Bronx, but my family moved to Brooklyn when I was young. We were there until I was a freshman in high school when we moved to Brighton, New York. My father was a traveling salesman who covered a lot of New York and thought we should move to a central part of the state. I graduated from Brighton High School, where I did well academically, played football, and was a member of the track team. 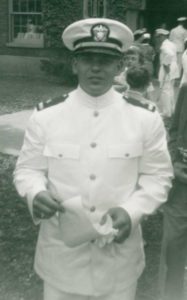 Friedlander, a participant in the US Navy’s ROTC program

When it came time for college, I applied to two schools and was accepted to both: Dartmouth and Rochester. I decided to go to Rochester but had to come up with financing. At that time I worked at Loblaws, a small grocery store in town. One day, I was loading the shelves when a man came up to me and introduced himself as Harm Potter, Rochester’s director of admissions. He handed me an envelope and inside was a scholarship. I was the first in my family to go to college.

Between the scholarship, working, and joining the US Navy’s ROTC program, I put enough together to go to Rochester and get my degree in business administration. I saved up during the summers, too, when I worked construction, on the production line for General Motors, and drove a truck for a local company. I did whatever I could to pay for my tuition.

I also continued to play football in college. I was #44 and am proud of the fact that our team was the first to go undefeated in the University’s history. I was also a shot putter on the track team, and I joined Psi Upsilon. And although I couldn’t afford to live on campus, one year I was treasurer for the fraternity. Because of that, and my savings, I could afford to live at the fraternity one year.

One of the biggest challenges I had back then was just getting to and from campus. The bus cost 15 cents one way, which was a lot at that time. My family had only one car and my father needed it for work. So, I hitchhiked. The toughest time to catch a ride was at night, in the winter, after football practice. Funny thing, when I go to meetings now at the Saunders Research Building on Crittenden Boulevard, I park exactly where I used to look for a ride many years ago. 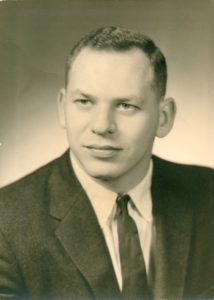 After college, I was stationed with the Navy in Philadelphia. Then I worked for Mutual New York selling insurance. After that, I got involved in the bakery business, followed by the office furniture supply business. In 1970, my good friend, the late Henry Epstein ’80S (MBA), and I founded Spectrum Office Products. The company quickly grew into one of the largest office supply businesses in the Northeast.

Henry was the inside man who managed operations. I was the outside man and handled sales and external relations. It worked out well—we shared the same work ethic and we respected each other. We believed in rolling up our sleeves and carrying forward, especially when times were tough. We persevered, we grew, and we became profitable. In 1994, we sold our company to Staples Inc. That’s when I unofficially started my second career with the University—volunteering, joining boards and committees, and giving back to a place that has meant a lot to me.

My wife and family

In college, I spent a good amount of time in what is today the Martin E. Messinger Periodical Reading Room on the second floor of Rush Rhees Library. One day when I was studying, a young woman named Carolyn said hello and we had a nice conversation. The rest is history.

Carolyn is a very accomplished woman. After earning her bachelor’s in nursing at Cornell, she participated in academic studies at URMC’s School of Nursing—ones that marked the beginning of the nurse practitioner program. She then became one of the world’s first nurse practitioners. She went on to work at Elmwood Pediatrics for 25 years. Together, we’ve raised two sons and a daughter, and we have six grandchildren, all of whom we are immensely proud.

My involvement with the University continues. In my free time, I read a lot, especially anything on Winston Churchill. I work out every day, too, and my border collie, Beethoven, and I take long walks a couple of times a day. Carolyn and I also enjoy classical music and are looking forward to getting to the Tanglewood Music Festival in the Berkshires this summer. Of course, any time with the family is a bonus, and we are fortunate that our children live locally.

Find this story in the spring 2022 issue of Rochester Review

Interview by Kristine Kappel Thompson, May 2022