A ‘Nutty’ Time for Housing and Jobs

A ‘Nutty’ Time for Housing and Jobs 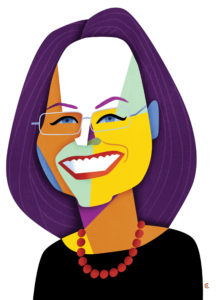 I researched the US housing market at Zillow for just over 10 years, and since last December I’ve been doing the same for the global labor market at Indeed. We live in incredibly interesting times. It’s fascinating for me to be able to see the data, analyze what’s going on—and because at both Zillow and Indeed, the research is geared to consumers rather than economists—I hope provide some insights that are helpful to people.

Housing is an incredibly fundamental need of all of us, and right now the market is, for lack of a better word, nutty. The major trend which has been persistent for years is that the supply of housing is incredibly tight. There aren’t a whole lot of houses available, particularly at the lower end of the cost spectrum. So the competition among buyers is fierce. Sellers are collecting multiple offers and bidding wars are happening that are leading people to go over budget and wave contingencies that ideally they’d want to keep.

In a housing market as tight as what we have, there are going to be some groups at a great disadvantage. Not everyone can take a Thursday afternoon off, look at a bunch of homes, and then say, “Oh, it’s going $200,000 over asking; sure, we can match that.” That makes it very hard for an average buyer to be competitive.

One reason for the housing shortage is that large demographic shifts are pushing more and more consumers into the housing market. Millennials are becoming homeowners and Gen Z, also an incredibly large generation, is entering the market. Since the end of the Great Recession, partly because of these demographic tailwinds, the bottom end of the market has been appreciating faster than the top end.

The result is that often the math only makes sense for the luxury side of the market, where builders are able to get the return they want. That’s true in the rental market as well. Most of the multifamily construction has been luxury units. So there’s been a shortage at the bottom end of the rental market, and appreciation has been incredibly high.

Federal housing policies have usually supported the demand side through assistance, but the problem now is supply, and that’s harder to fix. A huge tool in the chest is at the local level, through zoning. We need to use it more often to make it easier to build. And to make it cheaper to build.

The labor market is just as nutty as the housing market. After a few decades in which there weren’t enough jobs, we now have an extreme mismatch between supply and demand in which, if every unemployed person were to take a job, there would still be jobs left unfilled. Labor force participation went way down during the pandemic, and while it has come up quite a bit, it’s still down from what it was. I think this is a time of truly fundamental change. People are evaluating what they want from their jobs and what’s important to them. Sometimes they find that they already are in a great job; but the quit rate is extremely high right now—much higher than it’s ever been in recent history. And the turnover has been particularly at the lower end of the market.

For people like new college graduates who are entering the job and housing markets at the same time, the situation is mixed. There are more remote offerings for entry-level hires from employers in the most expensive markets. But many of those jobs are also hybrid, which means you’re still expected to show up in the office during some part of the week.

Some large companies have been setting up satellite offices, so if you want to work at Facebook, you don’t need to show up in San Francisco or Menlo Park. That approach has a lot of benefits for companies, because they’re going to bring more diversity to their applicant pool if they’re able to hire people from different areas.

I do think that remote work will have some interesting side effects in the housing market. For example, I’m a full-time remote worker. I could move back to Rochester, where my cost of living would surely be lower than it is in Seattle. I have coworkers who’ve made those types of moves. Is this just happening on the periphery? Or is there going to be a larger swath of people who can really drive a new trend? I think it’s too soon to tell.

On discovering economics: I took an economics class in high school and fell in love with it. I was an economics major at Rochester from the get-go. Taking data, applying logic and a framework to interpret it, and getting all kinds of interesting takeaways about the world around me—I found that incredibly appealing.

This article originally appeared in the spring 2022 issue of Rochester Review magazine.