Marc Feldman, Professor of Electrical and Computer Engineering, Dies at 62

Marc J. Feldman, a professor and scientist in the Department of Electrical and Computer Engineering at the University of Rochester, died Dec. 4, at age 62, after a brief battle with lung cancer.

Feldman joined the University of Rochester in 1989. He made landmark contributions to the field of superconductivity, including early work on superconducting tunnel junction devices, which led to the internationally accepted standard measure of the volt, and to sensitive radio telescope receivers now widely employed by astronomers to detect faint radio waves from deep space.

"The University has lost a scholar who made tremendous contributions in his field," said University President Joel Seligman. "Marc Feldman was a scientist much praised for his research in superconductivity and known for his ability to bring colleagues together on new paths toward discoveries."

As the leader of the Superconducting Electronics Laboratory at the University, Feldman led a number of major projects to explore advanced computing concepts. Along with his colleagues, he originated the idea for superconducting quantum computers, which are now being developed in more than 20 major research centers worldwide.

Most recently, Feldman led an effort to develop "ballistic transistors"room temperature electronic devices that showed promise to become the building blocks for a future generation of ultra-fast, low-energy computers.

Feldman earned his doctorate in physics from the University of California at Berkeley, then spent time at Chalmers University in Gothenburg, Sweden, and at the NASA/Goddard Institute for Space Studies in New York City before joining the Department of Electrical Engineering at the University of Virginia in Charlottesville.

"Marc will be missed tremendously by all, not only was he an outstanding scientist in his own right but he was a generous and prolific scientific collaborator," says Mark Bocko, chair of the Department of Electrical and Computer Engineering. "His deep love of science, boundless intellectual energy and gentle sense of humor made it truly a privilege and a pleasure to call Marc our colleague and friend."

Feldman, a resident of Brighton, is survived by his wife, Susan, and sons Lucas and Benjamin.

A memorial service will be held on Friday, Dec. 7, at 1 p.m. at Temple Sinai, 363 Penfield Road. Following the service a period of mourning will be observed at 433 French Road on Saturday from 6 to 9 p.m.

In lieu of flowers, donations may be made to the Palliative Care Program at the University of Rochester Medical Center, 4-1200 Unit, 601 Elmwood Ave., Rochester, 14642.

Democrat and Chronicle
Renowned UR scientist, professor dies at 62
(December 7, 2007) 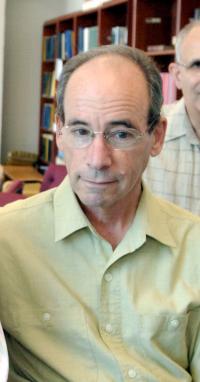