TIME, DATE, AND PLACE: 4:30 p.m. March 6 in the Hawkins-Carlson Room on the first floor of Rush Rhees Library on the University of Rochester's River Campus. A reception follows.

ADMISSION: Both the talk and reception are free and open to the public. Free parking is available in the Library Lot. Please RSVP to Richard Peek at rpeek@library.rochester.edu or (585) 275-9335.

John Stauffer, professor of English and American literature and language at Harvard University, is the author of Giants: The Parallel Lives of Frederick Douglass and Abraham Lincoln, published in fall 2008. This dual biography describes the transformations in the lives of these two self-made men during a major shift in cultural history, when men rejected the status quo and embraced new ideals of personal liberty.

His talk is titled "Douglass and Lincoln: From Dred Scott to Obama." 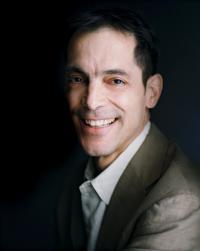