The discovery of a priceless collection of cultural treasures typically conjures up visions of dark and scary tunnels a la Raiders of the Lost Ark. But when University of Rochester anthropologist Robert Foster stumbled upon one of the oldest and largest collections of Pacific Islands artifacts, he was in the bright and friendly halls of the Buffalo Museum of Science.

On that day in 2006, Foster visited the museum to view a few artifacts from New Guinea he had read about. But when he was led into the museum's storage area to see the rest of the P. G. Black Collection, Foster could scarcely believe his eyes. There, safely preserved for the past seven decades, were some 6,200 objects from remote villages and colonial outposts across island Melanesia  everything from stone axes and toys to fishing tools and spears. Although individual items had been displayed, a catalogue of the collection had never been published. 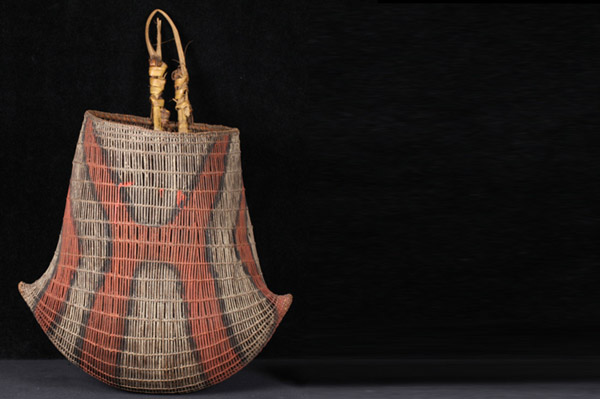 For Foster, who travels across the globe to do field research in Papua New Guinea, here was one of the Pacific Island's most important cultural treasures just a short drive from his home in Upstate New York. "I was stunned," he recalls.

Thus began the quest to find out more about the Black Collection and to help share its riches with a wider audience  a quest that earned Foster a prestigious National Endowment for Humanities Fellowship for 2011-12. This month Foster was also awarded an American Council of Learned Societies Fellowship to assist his projectone of only 64 scholars chosen from a pool of 1160 applicants. His scholarly sleuthing will culminate in a book, a museum exhibit, and an online catalogue.

"The collection provides a window into the early encounter between Pacific Islanders and traders, missionaries, and collectors," says Foster, an expert on the effects of globalization. "These objects reveal islanders' innovative response to the influx of Europeans and new technologies around the turn of the 20th century."

Part of that response, says Foster, was to trade handmade items, like stone axes and clay pots, for more effective manufactured weapons and tools. This is exactly the kind of exchange that P.G. Black appears to have employed during the three decades starting in 1886 that he amassed the collection. An accountant for an Australian trading company, Black acquired artifacts during his annual business trips to remote missions, plantations, and trading posts in Fiji, the Solomon Islands, Vanuatu and Papua New Guinea, then called British New Guinea or Papua.

In 1938, the Buffalo Museum of Science purchased the 40-crate collection sight unseen, but lacking proper documentation, it has remained relatively unknown even among Pacific studies specialists. The problem, Foster explains, is that without accurate records of where and under what circumstances objects were acquired, scholars have been unable to place the items in the proper context.

Now a lucky break and some timely advocacy by museum staff and Foster himself have solved the mystery. After tracking down P. G. Black's grandson in California during the mid-1990s, a former museum curator discovered that the family owned three trunks of papers, including material from the period when Black was collecting. This past spring, following inquiries from Foster, P. G. Black's great grandson donated the original diaries to the museum. From these documents  itineraries, really, says Foster  and other material in Australian archives, Foster has been able to piece together some of the missing background on the collection.

The new NEH and ACLS fellowships will allow Foster to complete a "cultural biography" of the collection during a year of academic leave. "Things, like people, have social lives," explains Foster. His book will trace the evolving social meaning of the artifacts  from their initial acquisition as "native curios" to their symbolic importance as records of Australia's national heritage and finally to their representation as primitive art in several museums, most prominently, the Museum of Modern Art in New York.

In addition to this scholarly work, Foster is co-curator of Journeys Into Papua, a Buffalo Museum of Science exhibit opening on Sept. 17, 2011 in celebration of the institution's 150th birthday. The museum also is developing an online catalog of the artifacts, with digital images accompanied by descriptions.

The collaboration is a "match made in heaven," says Kathryn Leacock, curator of collections at the museum. "He provides the research, we have the collection."

Foster anticipates that the insights culled from the Black collection will eventually come full circle. He is already working with senior researchers at the Australian Museum, the National Gallery of Australia, and the Australian National University on ways to incorporate the objects from the Black collection into regional projects. Such initiatives, Foster says, will help make the artifacts accessible to the communities from which they originated and provide a rich set of resources for constructing local histories. 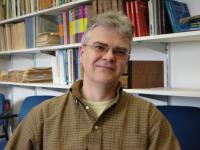