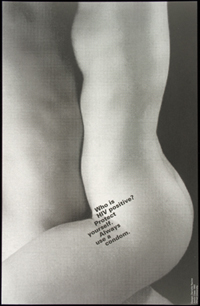 When Edward Atwater, M.D.,'50 boarded a subway car on Boston's Red Line in the early 90s he found himself staring at a poster unlike any he had seen before. It showed two hands, a condom wrapper, and text reading Prevent AIDS. Use One. Intrigued by what he saw, Atwater began to track how different societies viewed and responded to the worldwide epidemic through posters and other public messages, eventually gathering together the largest collection of AIDS posters in the world.

The Atwater collection of AIDS posters is now online, providing a visual history of the first three decades of the HIV/AIDS crisis from 1981 to the present. Launched in October during the 30th anniversary year of the identification of the disease, the online exhibit consists of more than 6,200 posters from 100 plus countries in 60 languages. While selections of the posters have been exhibited at the Brooklyn Museum of Art and other locations, the online collection provides the first opportunity to view the collection in its entirety.

"I started collecting the posters to chronicle the history of medicine but soon realized that they represent more of a social history than a medical history," said Atwater, emeritus professor of medicine at the University of Rochester Medical Center and a self-professed collector who lives in Rochester. That realization led the now 85-year-old retired physician to donate his collection to the Rare Books and Special Collections Library at the University, with the stipulation that it be digitized and put online. By giving people around the world access to the collection online, Atwater's hope is to show people the responses from various societies to a deadly disease.

Looked at chronologically, the AIDS posters show how social, religious, civic, and public health agencies tailored their message to different groups. Depending on their audience, they used stereotypes, scare tactics, provocative language, imagery, and even humor. "The posters also show how regions, cultures, and religions influenced the message," said Atwater.

"The Atwater collection of AIDS education posters tells a great deal about different societies' understanding of sexuality and raises questions about the politics of visibility over the past 30 years," said Joan Saab, professor of art history and director of Rochester's graduate program for visual cultural studies. "When thinking about the history of AIDS, the story needs to be told from every angle. This includes graphic and controversial topics like sex and drugs and the different responses of filmmakers who choose to communicate awareness through public service announcements and artists who lend their voice and work towards the cause," said Saab.

Using the posters as a starting point, Saab and her colleagues have organized a series of events and discussions to draw attention to the relationship between AIDS and global culture in art, academia, and medicine. Looking at AIDS 30 Years On kicks off on Thursday, Oct. 27 with a talk by AIDS Pioneer Michael Gottlieb, M.D., '73M who wrote the first report to the U.S. Centers for Disease Control in 1981 identifying AIDS as a new disease.

Sponsored by the University's Humanities Project, an interdepartmental endeavor that supports humanistic inquiry by Rochester faculty, the project's events are free and open to the public. For more information and a list of upcoming events, visit www.rochester.edu/college/humanities.

To access the Atwater AIDS education posters collection online visit http://aep.lib.rochester.edu/. In addition to searching the posters, the site contains research conducted by Rochester students who have used the collections, an introduction to the collection by Alexander Breier Marr, a doctoral student in visual and cultural studies, and links to additional AIDS educational resources.

The Atlantic
From Haring to Condom Man: Art as Weapon in the War Against AIDS
(December 5, 2011) 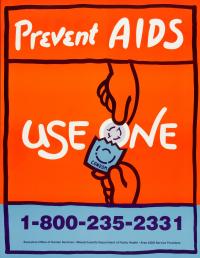 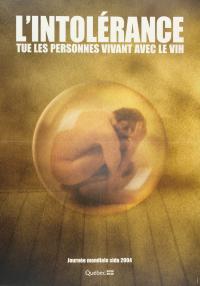 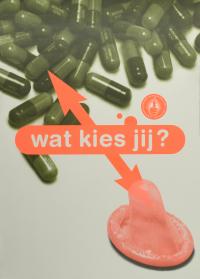