Lynn D. Gordon, professor emerita of history at the University of Rochester and a scholar of gender, education, ethnicity, and diplomacy, died Feb. 9 after a long struggle with cancer. She was 65.

A respected teacher, generous mentor, and an intellectual with unusually wide-ranging interests, Professor Gordon is known for her pioneering study of women in higher education at the turn of the century. She was a valued member of both the Warner School of Education, where she served as associate dean and director of graduate studies, and the Department of History, where she taught a wide range of courses on the United States, Europe, and the Middle East. By all accounts, she was a woman of exceptional warmth who reached out to others far beyond the call of duty.

"Lynn had tremendous intellectual curiosity, and not in a superficial way," says Celia Applegate, professor of history who was her friend and colleague for decades. "She read every page of everything, from fiction to in-depth studies. She was a constant inspiration for rethinking of my teaching and research. It was her love of knowledge, her enthusiasm for knowledge, that she was all about.

"She had tremendous dignity and presence as a teacher and brought a kind of seriousness without pretentiousness to the classroom," added Professor Applegate, who team-taught three seminars with Professor Gordon. "I loved teaching with her." She also possessed an unusual ability to explain complicated issues with straightforward simplicity, says Professor Applegate, a talent Professor Gordon applied both to the classroom and to her scholarly writing.

She was a teacher who "put you through your paces," agrees Tara McCarthy, assistant professor of history at Central Michigan University who completed her doctoral studies with Professor Gordon in 2005. "She was a woman who had accomplished so much but managed to stay so accessible," says Professor McCarthy.

Professor Gordon recognized the importance of female mentors for women in academia and she excelled at that the role, says Professor McCarthy. Her most defining characteristic, and the one that endeared her to many, was "the way that she sort of took you in," says Professor McCarthy. "She was that person that a lot of people went to." She opened her personal life to those around her, inviting new faculty members and graduate students to her home. "Instead of a formal relationship, you were more part of her extended family. You were part of her whole life and you knew her whole family," says Professor McCarthy. "In academic circles, that kind of relationship is rare."

Professor Gordon advised doctoral candidates in both history of education and American history, most of whom have gone on to successful careers as scholars, teachers, and published authors. Her own book, Gender and Higher Education in the Progressive Era (Yale University Press, 1990), explores women's influence in American education in general and higher education in particular.

"Lynn's book was the first to take a close look at the second generation of American college women," says Stewart Weaver, professor of history and department chair. "Rather than focus on conventional issues of access and attendance, it situates women's higher education in a broad social context and thus makes a distinctive and important contribution to the larger history of the Progressive Era."

At her death, Professor Gordon was nearing completion of the definitive biography of the American journalist Dorothy Thompson, who Time magazine recognized in 1939 as the second most influential woman in America after Eleanor Roosevelt. Her work on Thompson fueled a growing interest in American foreign policy, in Nazism and the Holocaust, and in the history of the Middle East, interests that evolved into new history courses at Rochester.

A founding member of the Susan B. Anthony Center for Women's Studies and director of the University's Gender and Society Group (1994-2000), Professor Gordon was instrumental in bringing the prestigious Berkshire Conference on the History of Women to the University in 1999. She also was active in a variety of professional organizations, including the History of Education Society, the Spencer Foundation, the Berkshire Conference, the American Educational Research Association, the American Studies Association, and the Organization of American Historians.

A graduate of Barnard College, Professor Gordon earned her master's and doctorate in history from the University of Chicago. She taught at Bowdoin College, Northern Illinois University, and Princeton University before joining the faculty of the Warner School in 1983, where her husband, Harold Wechsler, in later years also had an appointment. Six years later, while still on the Warner faculty, Professor Gordon began teaching in the history department, where she became a full-time faculty member in 2007. After 27 years at the University, she retired in June 2011 and was appointed Professor Emeritus of History.

Professor Gordon is survived by her husband, Harold, daughter, Abigail (Chris) Bock, and son, Samuel B. Wechsler. The University flag will be flown at half-staff in her honor on Thursday, Feb. 23. The history department is planning a scholarly colloquium in her honor next fall. 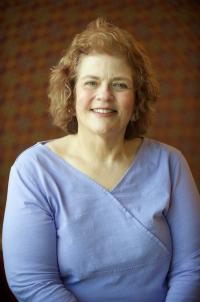