$360,000 Grant Helps Put One of the Nation's Most Important 19th Century Archives Online 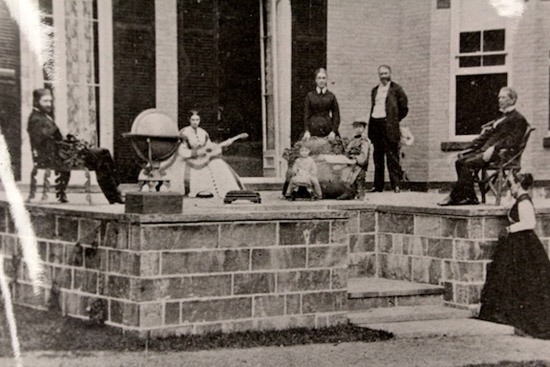 A $360,000 grant from the Fred L. Emerson Foundation will help the University of Rochester digitize the Seward Family Archive, one of the most comprehensive and extensive firsthand accounts of 19th-century American political and social life.

The user-friendly online archive, a free public website for research and educational use, will provide access to photographs, diaries, letters, and other papers from the family of William Henry Seward (1801-1872), a noted trial attorney, governor of New York, U.S. Senator, and secretary of state under presidents Lincoln and Johnson.

Spanning the years 1730 to 1917, the collection is an important source of insights into the central issues that have shaped the identity of America, including abolitionism, universal suffrage, access to education, race relations, medical practice, and the rights of the accused in the criminal justice system, says Thomas Slaughter, the Arthur R. Miller Professor of History.

The William Henry Seward Collection is the largest and most-consulted special collection in Rush Rhees Library, says Mary Ann Mavrinac, vice provost and Andrew H. and Janet Dayton Neilly Dean of River Campus Libraries. "This is a remarkably vast collection, the bulk of which was given to the library by Seward's grandson, William Henry Seward III, between 1945 and 1951," says Mavrinac. In addition, the Emerson Foundation donated to the library in 1987 a significant collection of President Lincoln's letters to William Seward that had been acquired from the Seward family, adding to the historical importance of the broader collection. "We are honored at River Campus Libraries to be the continuing recipients of the generosity of the Fred L. Emerson Foundation for such an important project," Mavrinac says. 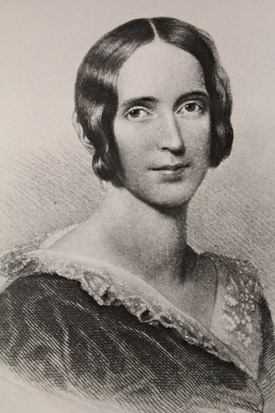 In the past, given the work involved in organizing, transcribing, annotating, and reproducing documents, it would have taken decades to create a print publication for a project of this size and complexity. New scanning and web technologies, along with the three-year Emerson grant to support additional staff and student assistants, will accelerate that process and make the archive accessible to schools, libraries, and private citizens interested in our state and national history. In the next three years, the project collaborators expect to digitize almost half of the Seward Family Collection and to update the archive's finding aid.

"Our students were the catalyst for this project," Slaughter says. "They were its inspiration, provided its creative energy, and have designed and are implementing the project. This collection has connected them to the past in ways that I have never seen in my 30 years of teaching. The collaboration among the Department of History and the River Campus Library's Digital Humanities Center and Department of Rare Books and Special Collections also is unique in my experience in universities."

A powerful force behind the project is the shift from the traditional study of politics and diplomacy to the broader emphasis on social and cultural history. Historians now appreciate the family papers as a unique resource that illuminates societal, political, and cultural issues of the time period, says Slaughter. Steven Spielberg's Academy-Award-winning film Lincoln and Doris Kearns Goodwin's book Team of Rivals also have brought increased interest in Seward's political career.

A notable example of the collection's value is found in the papers of Seward's daughter, Fanny. Along with her library, which is preserved at the Seward House Museum in Auburn, N.Y., her diaries and correspondence provide the best documentation of the life of a Victorian American teenage girl that survives anywhere. "Fanny's ambitions to be a writer, her experiences in Washington, D.C., where she had friendships with a famous actress and with children and spouses of the leading politicians of the day, and her firsthand experience of major historical events are documented only in our collection," says Slaughter.

Additionally, journals, letters, and other writings of Fanny's mother, Frances Miller Seward, which include correspondence with leading politicians and social activists, reveal her influence. She not only conducted research for some of her husband's most important legal cases, but she also read and criticized major speeches and wrote candidly about everything from novels and suffrage to homeopathic medicine and the care of their garden and house in Auburn.

A two-course undergraduate sequence, The Seward Family's Civil War and The Seward Family in Peace and in War, taught by Slaughter, also was developed to utilize the Seward Collection and provides the opportunity for hands-on research with primary sources.

Collaborators on the project include the University's new Digital Media Studies program, the library's Digital Humanities Center, and the history department. In addition to Slaughter and Mavrinac, contributors include Nora Dimmock, director of the Digital Humanities Center, who is the technical director of the project, James Kuhn, the Joseph N. Lambert and Harold B. Schleifer Director of Rare Books, Special Collections and Preservation, and Lori Birrell, a manuscript librarian.

The Emerson Foundation is a fourth generation family philanthropy based in Auburn, N.Y. Founded in 1932 by the late Fred L. Emerson, president of the Dunn & McCarthy shoe company, the foundation continues to be a vigilant investor in selected organizations where it can make a critical and significant difference. The foundation has provided support to the University of Rochester for various projects since 1980.