“The right of citizens of the United States to vote shall not be denied or abridged by the United States or by any state on account of sex.” —The Nineteenth Constitutional Amendment, ratified on August 18, 1920

With fiery conviction and great fortitude, Susan B. Anthony enlisted the support of influential friends and associates and galvanized a nation in the fight for women’s rights. Anthony’s powerful voice and her arrest in Rochester after casting a ballot in the 1872 elections helped inspire and shape the suffrage movement.

THE FIGHT FOR WOMEN’S SUFFRAGE

In 1920, the National American Woman Suffrage Association (NAWSA) and the National Woman’s Party (NWP) led millions of individuals and organizers to achieve a constitutional amendment granting women the undeniable right to vote. They blazed a trail for people of any gender to participate in the legislation, governance, and future of this nation, but there were challenges ahead.

The adoption of the Nineteenth Amendment gave all women a voice in their political destiny, but decades more would pass before women of color and other disenfranchised groups achieved true voting rights. Even as women celebrated their right to vote, barriers such as poll taxes, literacy tests, and violent voter suppression prevented African Americans and other marginalized women from exercising their right to vote. 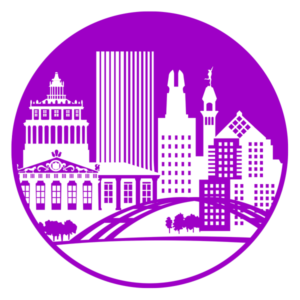 We celebrate the early pioneers of the suffrage movement and all those who dedicated themselves to full equality for all women, regardless of race, ethnicity, or religion.

The University proudly recognizes these Rochester women. Nominated by our students, faculty, and staff, they represent the spirit of Meliora and stand as proud examples of our Vision and Values. We celebrate their impact on our institution and the city of Rochester, as well as their important contributions to equity and inclusion.

Return to the top of the page