Bringing classical music into schools through a new, equitable lens 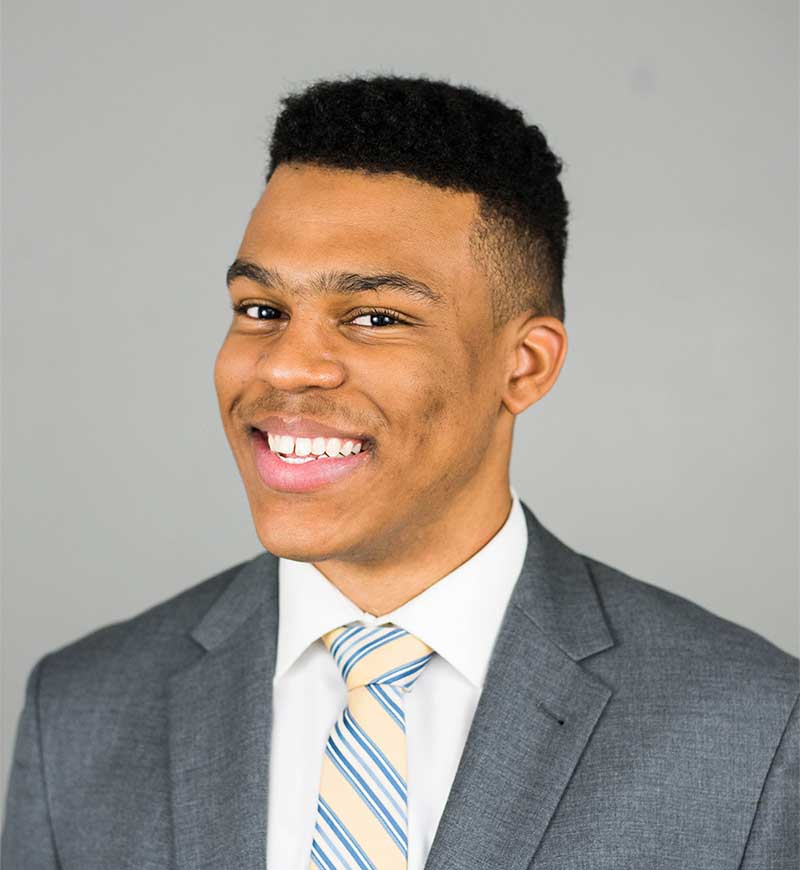 For Travon Walker ’21E—an aspiring opera singer and dual major in vocal performance and arts leadership at the Eastman School of Music—nothing beats that feeling of collaborating with others to make beautiful art, along with those moments when it all just comes together musically.

Lately, Walker has been experiencing a lot of these kinds of moments, but in a new way. A few months ago, he launched a University of Rochester crowdfunding project called “Representation Matters.” The project will introduce middle and high school students to classical music, specifically the music that’s been created by Black, Indigenous, and people of color (BIPOC) for hundreds of years but is still unfamiliar to many people today.

The project has several goals. “Our primary purpose is to show BIPOC youth that they belong in this classical music space and that there is a place for them,” Walker says. “For them, seeing people who look like me and who look like them is key and helps them feel included. It helps them imagine that they could make music like this, too.”

Walker also says that it is important to present this music to white audiences, too—for them to listen, learn, and expand traditional perspectives around classical music. “Classical music is for everyone, and so is the music created by BIPOC composers,” he adds. “In order to elevate it, more people need to be aware of it, perform these works, and advocate and showcase these pieces and their composers.”

The project officially launches in early 2021. That’s when Walker and a group of 20 fellow Eastman students—both BIPOC and white—will bring this music to students in the Irondequoit, Penfield, and Webster school districts. That’s just the beginning though. Walker plans to bring the program to the Rochester City School District, which has a high population of BIPOC students, and he wants to expand it to even more suburban schools, which have more white students.

The program will work like this: students will take part in a multi-session Zoom experience that will kick-off with Walker introducing students to BIPOC composers and their music. Students will also receive a variety of short videos featuring members of Walker’s musical team performing various pieces. In a follow up session, the performers will share what it was like learning about their pieces and what it meant to them to perform them. In the final session, Walker will explore what the students learned and experienced through the music. 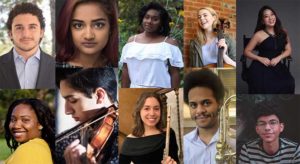 The genesis for “Representation Matters” came from an arts leadership class Walker took last year. His assignment had been to come up with an entrepreneurial idea that would inspire others to embrace music in new ways. When the world erupted a few months ago with issues of civil unrest, social injustice, and racial divide, Walker felt compelled to bring his class project to life. “I wanted to do something to make life better for more people through music,” Walker says. “So, I thought I’d take the idea from my class and see where it would go.”

It’s gone far. At first, the Friends of Eastman Opera came on board and provided Walker some seed funding to get the project off the ground. Then, Walker met with Eastman to discuss the project and other ways to finance it. Together, they developed a crowdfunding page, which has taken off.

“In the first month, we raised more than half of our initial $5,000 goal,” says Walker, who also recently received an Institute for Music Leadership grant from Eastman. “And, now we are beyond our goal and people are really excited about it—including our project team, teachers, and donors. All the interest is prompting us to continue to fundraise so we can expand the program.”

Walker will use crowdfunding resources to cover costs for music, recording equipment, and more, including salaries for the project team’s student musicians.

Middle and high school students engaged in “Representation Matters” will be sent videos like these that feature Eastman students performing the works of BIPOC composers:

UR Alumni is pleased to present a playlist of some of the Black, Indigenous, and people of color (BIPOC) composers showcased in “Representation Matters,” a project developed by Travon Walker ’21E.

Crowdfunding is an important way to connect University of Rochester students, faculty, and staff with alumni, patients, families, and community members who are interested in supporting their projects. Crowdfunding helps us finance innovation and support excellence throughout the University and our Medical Center. Learn more about all our crowdfunding projects here.