Author Anne Panning, professor of English at SUNY College at Brockport, has been named the recipient of the 2009 Lillian Fairchild Award, presented annually by the Department of English at the University of Rochester.

The award is given to a Rochester area resident who has produced the best visual, literary, or musical work of art during the past year. Sought out by the award's selection committee, Panning is being honored for her recent collection of short stories, Super America: Stories (University of Georgia Press). "Anne provides an extraordinary look into the lives of ordinary people, showing us the true power of a short story," says John Michael, chairman of Rochester's English Department.

Super America's nine stories and a novella show blue-collar characters in different settings, struggling to achieve the American Dream -sometimes alienating friends and family as they try to upgrade their workingclass pedigree. The work received the 2006 Flannery O'Connor Award for Short Fiction, as well as starring reviews from the New York Times Book Review, Publishers Weekly, and the Boston Sunday Globe, which stated, "Panning writes with intelligence and humor, as well as a grasp of craft..."

Panning also co-directs Brockport's Writers Forum, one of the oldest programs of its kind. She has published a book of short stories, The Price of Eggs, and has written numerous essays, short fiction, and nonfiction stories. Her essay "Secondhand" was listed as a Notable Essay in The Best American Essays 2007; another essay "Specs: My Life in Eyeglasses" was listed as Notable in The Best American Essays 2006.

"I don't feel good unless I'm writing," says Panning, "it's just who I am. I am able to process and make sense of the world through writing." Originally from Minnesota, Anne has lived in The Philippines, Vietnam, Hawaii, northern Idaho and Ohio, several of which provide many of the settings in Super America: Stories.

The Lillian Fairchild Award was established by Herman L. Fairchild of the University Department of Geology in memory of his daughter, an accomplished designer who died of tuberculosis at age 32. The first award was given in 1924 and has been presented in all but two years since then. 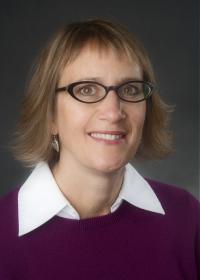