The Department of English of the University of Rochester has named artist and community arts activist Shawn Dunwoody the recipient of the 2010 Lillian Fairchild Award.

The award is given to a Rochester-area resident who has created extraordinary artistic work in any medium in the past year. This year's selection committee chose Dunwoody for his multifaceted involvement in the Rochester artistic community and efforts to bring the arts and underserved communities together outside of traditional venues. Dunwoody's "tireless advocacy for creative expression, especially his longstanding commitment to various youth programs," impressed the committee, according to John Michael, chair of the English department.

Dunwoody is executive director of FOUR WALLS Art Gallery and sits on the boards of a wide variety of Rochester-area arts ventures, including ArtWalk, MuCCC (Multi-Use Community Cultural Center), Rochester Fashion Week, Cornell Cooperative Extension, CreativeHue, and others. He also has shown his own work in galleries at Hallwalls, ROCO, St. John Fisher College, and the University's Hartnett Gallery. He takes particular interest in youth-based arts ventures, such as the Reel 2 Reel Youth Film Festival, WER ART youth employment program, and Roc the Boat.

"Shawn acts as a model art-citizen," says Allen Topolski, chair of the Department of Art and Art History. "He is both level-headed and open-minded, and he operates through an amazing warmth and charisma."

Dunwoody works to combat "gallery arrest," or the buttoned-up conventions of art-viewing. Instead, he says, "if you can't bring people to art, bring art to the people," and cites the painted traffic boxes around the city as examples of a dynamic art initiative that reaches a range of Rochester populations. He is looking forward, with what he calls "future-projection," to integrating the arts into more and more communities that need it: "art always comes from the down-trodden and oppressed  people who have to be creative," he says.

University Department of Geology Professor Herman L. Fairchild established the award in 1924 in memory of his daughter, an accomplished designer who died of tuberculosis at the age of 32. 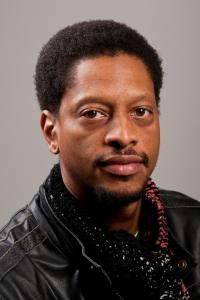