David Williams, one of the world's leading experts on human vision, has been appointed Dean for Research in Arts, Sciences, and Engineering at the University of Rochester, pending Board of Trustees approval.

Williams, the University's William G. Allyn Professor of Medical Optics and director of the Center for Visual Science, has pioneered new technologies that are improving the eyesight of people around the globe, from the legally blind to those with 20/20 vision.

"David is a scientist of great distinction whose expertise straddles the biological and physical sciences," said Peter Lennie, Senior Vice President and the Robert L. and Mary L. Sproull Dean of the Faculty of Arts, Sciences, and Engineering. "His work has led to fundamental advances in our understanding of human vision and is also of great practical importance. David has an unusually deep understanding of scientific innovation and intellectual property, of the central place of research in the University, and personal experience in bringing the benefits of scientific discoveries to the publicall powerful attributes of a dean for research."

Williams succeeds Paul Slattery, professor of physics, who has overseen research programs in Arts, Sciences, and Engineering since 1998. Slattery, who also served as dean of graduate studies from 1998 to 2007, guided the school's research programs during a period of tremendous growth. During his tenure, total research funding more than doubled, to $135 million in 2010.

"Paul has been a vigorous and hugely effective champion of research. Our strong position in technology transfer, and our continuous progress in strengthening research, even in times of financial stress, owe much to his leadership," said Lennie.

As dean, Williams will be responsible for helping faculty discover new opportunities for research collaboration and for funding. "The needs of faculty are as diverse as the disciplines they represent, but they share a common goal of increasing their capacity to generate new ideas and ways of understanding the world and the people who inhabit it," said Williams. His goal is to help faculty excel in their scholarly endeavors to discover and communicate knowledge.

Williams will meet with all departments in Arts, Sciences, and Engineering to develop opportunities to promote scholarship and research. The College has established an improved infrastructure for identifying funding opportunities and streamlining grant submission through the offices of Anne Dickinson and Debra Haring. Williams said he is looking forward to helping departments improve their own infrastructure for research and scholarship, establish new partnerships, and identify new funding opportunities.

The new dean is particularly committed to finding ways for Rochester faculty in all fields to participate in multi-institutional grants aimed at solving critical questions. These group efforts bring together the best minds from around the country toward a common goal, allowing Rochester to contribute its unique expertise on a larger scale, Williams said. In this challenging fiscal climate, especially in core science areas when the traditional individual research grant has become increasingly competitive, multi-institutional grants can be an important source of new funding, said Williams.

Those grants also can be path breaking, as Williams discovered working on a decade-long multi-institutional project with astronomers at the University of California at Santa Cruz. Williams used a technology called adaptive optics, which was first developed for telescopes to take clear pictures of the sky, to study the structure and function of the eye. The teamwork led to the development of techniques for seeing the retina more clearly than ever possible before, even to the level of individual cells in the living retina. The collaboration also allowed Williams to develop a method for improving vision by correcting tiny optical aberrations of the eye that were previously undetectable.

Partnerships with industry are a further priority for the new deananother area where Williams has already established expertise. The optics entrepreneur and holder of 10 patents has worked with eye-care giant Bausch & Lomb since 1997 on translating his discoveries in the lab into commercially available products, like revolutionary contacts that can correct for vision abnormalities beyond the focus and astigmatism of traditional lenses. He also has joined with Dr. Scott MacRae, a pioneer in refractive surgery and professor of ophthalmology at the University of Rochester Medical Center, to develop Lasik surgeries that enhance eyesight beyond "perfect" 20/20 vision.

Williams is the author of more than 100 papers, a Fellow of the American Association for the Advancement of Science, and recipient of the Friedenwald Award from the Association for Research in Vision and Ophthalmology, among other honors. In 2003, his adaptive optics phoropter, which allows for more precise corrective lens prescriptions, was named one of R&D Magazine's top 100 inventions of the year. He joined the University in 1981 after earning a doctorate in psychology in 1979 from the University of California at San Diego. 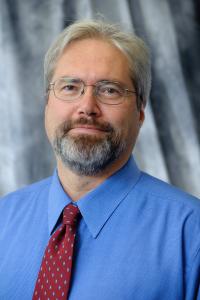