Phase Change in Fluids Finally Simulated After Decades of Effort 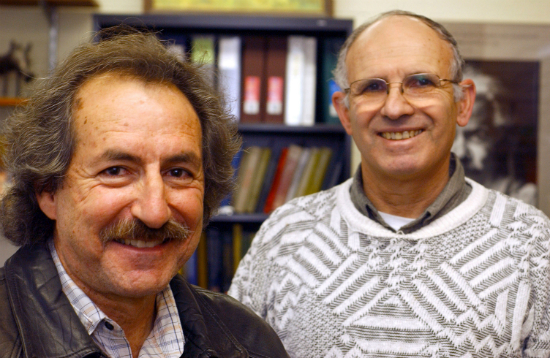 Everyone knows what happens to water when it boilseveryone, that is, except computers. Modeling the transformation process of matter moving from one phase to another, such as from liquid to gas, has been all but impossible near the critical point. This is due to the increasingly complex way molecules behave as they approach the change from one phase to another. Researchers at the University of Rochester, however, have now created a mathematical model that will allow scientists to simulate and understand phase changes, which could have an impact on everything from decaffeinating coffee to improving fuel cell efficiency in automobiles of the future. The findings have been published in Physical Review Letters.

"This problem has baffled scientists for decades," says Yonathan Shapir, professor of physics and chemical engineering at the University of Rochester, and co-author of the paper. "This is the first time a computer program could simulate a phase transition because the computers would always bog down at what's known as the 'critical slowdown.' We figured out a way to perform a kind of end-run around that critical point slowdown and the results allow us to calculate certain critical point properties for the first time."

"Critical slowdown" is a phenomenon that happens as matter moves from one phase to another near the critical point. As molecules in a gas, for instance, are cooled, they lose some of their motion, but are still moving around and bumping into each other. As the temperature drops to where the gas will change into a liquid, the molecules' motion becomes correlated, or connected, across larger and larger distances. That correlation is a bit like deciding where to go to dinnerquick and easy with two people, but takes forever for a group of 20 to take action. The broadening correlation dramatically increases the time it takes for the gas to reach an overall equilibrium, and that directly leads to an increase in computing time required, approaching infinity and bogging down as the gas crosses the point of phase change.

To illustrate the effect, imagine a perfectly pure and still lake. If you drop a pebble into this lake, its ripples would spread outward, dissipating until the lake had returned to a calm equilibrium again. But, if you were to take this impossibly perfect lake just barely above the critical point and drop your pebble, the ripples would remain as ripples much longerlikely bouncing off the distant shores. This imaginary lake would take seemingly forever to return to its calm equilibrium again.

The research team of Shapir, Eldred Chimowitz, professor in the Department of Chemical Engineering, and physics graduate student Subhranil De created a novel approach to tackle the phase-change process. They devised a computational model consisting of two separate reservoirs of fluid at equilibrium and near the critical point threshold. One reservoir was slightly more pressurized than its neighbor. The reservoirs were opened to each other and the pressure difference caused the fluids to mix. The team let the simulation run until the entire system reached thermodynamic equilibrium. By watching the rate that equilibrium returned, the team was able to calculate the behavior at the critical point. Their simulation findings match predictions and experimental results, including very precise measurements performed in microgravity on the Space Shuttle.

The best known examples of phase changes are perhaps water to ice and water to steam. Phase changes of many different physical types occur, however, such as the separation of a liquid mixture to its components, which should also abide by the Rochester team's results.

The team's simulation approach will likely be used by industry in a variety of ways, not the least of which will be to derive more power from a fuel cell. Since fuel cells rely on the transportation of protons through a membrane separating two electrodes, Shapir and Chimowitz believe it should be possible to use their work to find the most efficient configurations for a fuel cell. Other applications, such as removing the caffeine from coffee, work in a similar way and will likely also benefit.

Chimowitz also has just published a much-praised book about the subject, called Introduction to Critical Phenomena in Fluids from Oxford University Press. The book has been nominated for the Association of American Publishers' Award for Excellence in Professional and Scholarly Publishing.

This research was funded by a grant from the National Science Foundation.