How do you study human behavior without changing it? The key, says University of Rochester psychologist Melissa Sturge-Apple, is to be as unobtrusive as possible.

That's why Sturge-Apple has pulled together a University team to develop monitoring systems so user friendly and non-invasive that people will forget they are being observed.

Supported by a $3 million grant from the Eunice Kennedy Shriver National Institute of Child Health and Human Development, the team is perfecting a portable EKG monitor and a separate voice analysis system that could help move psychology and medical research out of the lab and into people's daily lives.

"It is difficult for anyone to behave unselfconsciously with wire probes taped to their chest and a large video camera pointed their way," says Sturge-Apple, describing today's typical methods of gathering physiological, audio, and visual data for psychology studies. With this new technology, psychologists will be able to monitor more natural interaction among families, she says. "The more we take away, the more we can understand."

The hardware design is headed by electrical and computer engineers Mark Bocko and Zeljko Ignjatovic. Building on the team's earlier work over the past four years, the researchers are putting the finishing touches on a uniquely unobtrusive EKG monitor. This next generation model is small enough to strap to a wrist and sensitive enough to pick up electrical activity from the body without the use of wire contacts and adhesive strips required by models currently on the market.

The team will use the monitors to register the physiological responses of 200 12 year olds and their parents as they discuss difficult topics, such as curfews, chores, and friends. Under the guidance of cardiologist Dr Spencer Rosero, the team will analyze subtle changes in the heart rhythms to track responses such as stress and arousal. These EKG readings, says Sturge-Apple, provide a non-verbal window into how someone is reacting to a situation. For example, although a family member may appear calm, his or her heart rhythm may indicate that, in fact, they are under considerable stress.

In addition to the EKG monitor, Bocko and Ignjatovic also are designing computer programs for isolating the voices of individuals in a recorded conversation. This process, known as source separation, has important implications in several fields. In this study, source separation will allow Sturge-Apple and fellow psychologist Patrick Davies to tease out the voices of mom, dad, and child and then to analyze the cadence and pitch of their speech for indicators of their emotional state. But the same general principles applied to musical recordings could allow a computer to separate out instruments and then to transcribe the notes  a process that today's computer programs can handle for single instruments only. Applied to television, source separation capability could eventually help automate the transcription of sitcoms, panel discussion, and other group conversations.

Engineer Wendi Heinzelman, whose expertise in wireless sensor networks is guiding the data collection, says the interdisciplinary nature of the project is "fantastic." Researchers learn a tremendous amount by interacting with faculty in other fields. "The psychologists have ideas that help the engineers, engineers have ideas that help psychologist solve problems," she says. 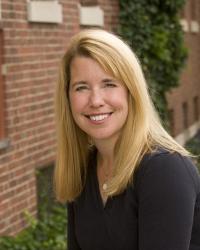