ABOUT IAN HARVIE: As one of the first openly transgendered comics, Ian Harvie has been dubbed "quite possibly the most unique stand-up comic in the country" by Frontiers Magazine while Curve Magazine says he is the "comedian Margaret Cho can't stop raving about."

According to his website, Harvie's repertoire includes his "eccentric views on love, families, adolescence, substance abuse, and gender identification..." and "...his folksy, ingenuous delivery almostbut not quitetempers his zinger punch lines, making them not just hilarious but seriously twisted."

Getting his start in comedy clubs throughout Boston, Harvie has performed at a variety of comedy festivals, including NYC Pride in New York City, South Beach Comedy Festival in Miami, and the Los Angeles Comedy Arts Festival in Los Angeles. Harvie also is the host of "The Ian Harvie Show," a web-based comedy series that mixes guest appearances into his stand-up routine.

TICKETS: Tickets, which go on sale Tuesday, March 1, are $5 for University undergraduates, $7 for graduate students, faculty, and staff, and $10 for members of the community. Tickets can be purchased at the Common Market in Wilson Commons, Equal Grounds (750 South Ave.), OUTlandish (274 N. Goodman St.), and online at www.urochestertickets.com. The event is co-sponsored by the Pride Alliance, the Gay Alliance of the Genesee Valley, UR ResLife, the Office of the University Intercessor, the Susan B. Anthony Institute, and the Women's Studies Undergraduate Council. 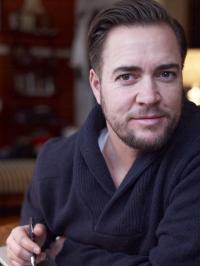