David T. Kearns, a Rochester native who led Xerox Corporation to dramatic growth in the 1980s, chaired the University of Rochester's Board of Trustees, and applied his business acumen to invigorating public education, died in Stuart, Fla., today, Feb. 25. He was 80 years old. He died from complications following a long battle with cancer.

He arrived at Xerox in 1971 from IBM Corp., and became president and chief operating officer in 1977. He was regarded as an inspirational leader who changed the culture of Xerox, helping it to excel in an increasingly global marketplace.

Xerox CEO and University Trustee Ursula M. Burns said of her predecessor: "I know I speak for the entire Xerox family, past and present, when I say that there is a gaping hole in our hearts today. In a time of great need for Xerox, David shouldered the mantle of leadership and rallied Xerox people to overcome a fierce competitive challenge and ensure the company's future. All Xerox people who followed are in his debt."

As a passionate champion of diversity in the workplace, Mr. Kearns advanced Xerox to become the undisputed corporate leader in equal employment opportunities in the 1970s and 1980s. He was named CEO in 1982, and became chairman of Xerox in 1985. He formally stepped down as CEO in August 1990. His encouragement and development of minority and women business leaders has become a national model.

University of Rochester President Joel Seligman called Mr. Kearns "a monumental figure in the history of our University, serving on our Board of Trustees for almost three decades, including eight years as board chair. David was as inspiring as any person I ever met, his attention always devoted to the dream that progress could be made. I am proud that he so valued our University."

Mr. Kearns' service on the University Board of Trustees began in 1972, and he was elected as board chair from 1978 to 1985. He continued on the board into the 1990s, only taking a break to become U.S. deputy secretary of education.

At the time he became chairman emeritus of the Board of Trustees in 1985, part of a tribute to his service read: "The University is stronger today because of his leadership not only in the bold acts of recent yearsthe Laboratory for Laser Energetics, the $102 Million Campaignbut also in the patient nurture of the academic program, year in and year out, that produces quality in the long run."

Current Board of Trustees Chair Edmund Hajim described Mr. Kearns as "a natural-born leader who faced every challenge with confidence and integrity. His years of board service to the University of Rochester moved us forward to our national aspirations." Mr. Hajim is president of Diker Management LLC.

Kearns family members expressed their thoughts on the breadth of his contributions: "Among his prolific accomplishments in business, education, and public service, David found the most success and pleasure in his role as a loving husband, devoted father and grandfather, mentor, and friend. David demonstrated inspiring perseverance as he confronted the challenges of his ongoing health problems. One of his greatest legacies to all who came in contact with him was his interminably cheerful spirit and the grace and dignity with which he led his life. Despite his daily physical struggles, David was grateful for all the blessings in his life, and often referred to himself as 'the luckiest man in the world.' "

Born in Rochester, N.Y., on Aug. 11, 1930, David Todd Kearns grew up in the suburb of Brighton. He attended The Harley School and graduated from Brighton High School. In 1952, he graduated from the University of Rochester with a bachelor's degree in business administration.

After graduation, he became a U.S. Navy seaman, and in 1954 joined IBM Corp., eventually becoming vice president of its data processing division. Years later, Mr. Kearns wrote in his memoirs that he left IBM, in part, because he wanted to become president of Xeroxwhich he did.

Not long after he stepped down as CEO of Xerox in 1990, he was appointed and served as deputy secretary of education from 1991 to 1993 in the administration of President George H. W. Bush. Mr. Kearns' travels and speeches built the case for improved public schools to help meet the needs of business and strengthen America's global competitiveness.

He remained an outspoken advocate for innovation, school-based autonomy, competition and choice in education. Mr. Kearns co-founded the nonprofit New American Schools to promote reform and encourage best practices in the nation's classrooms. From 1993 to 1995, he was a Senior University Fellow at the Harvard Graduate School of Education.

He received many accolades for his support of diversity, and in 2002 the David T. Kearns Center for Leadership and Diversity in Arts, Sciences and Engineering at the University of Rochester was established with the goal of expanding the number of students who pursue undergraduate and graduate careers in the sciences and engineering.

"Mr. Kearns was an incredible mentor to me and an inspiration to so many people of color," said Francis Price, CEO of Interact Performance Systems and the driving force behind the creation of the Kearns Center. "His belief in diversity produced results that others couldn't deny. He looked past differences and drew the best from his employees and everyone he talked to," said Mr. Price, a University trustee and alumnus.

The Kearns Center has grown, expanding its vision to include students from all academic disciplines. "It continues to be guided by David's example of fearless leadership and a vision in which all people, regardless of race, ethnicity, gender, familial background, or any other characteristic, should have access to high quality education, and be free to pursue their interests unhampered by economic, educational, or social barriers," said Richard Feldman, dean of the college. "Now serving more than 250 high school, college, and graduate students each year, the Kearns Center's programs remain a living testament to the example David set throughout his storied career."

(A video tribute to Mr. Kearns was created in 2008 when he was awarded the Frederick Douglass Medal by the University: http://www.rochester.edu/provost/2008_kearns_douglass.html.)

Known for his exuberance and energy, Mr. Kearns also was a man who took time to reflect and document his ideas as an author or co-author of Winning the Brain Race: A Bold Plan to Make Our Schools Competitive with Denis P. Doyle (1988); Prophets in the Dark: How Xerox Reinvented Itself and Beat Back the Japanese with David A. Nadler (1992); Legacy of Learning: Your Stake in Standards and New Kinds of Public Schools with James Harvey (2000); and Crossing the Bridge: Family, Business, Education, Cancer, and the Lessons Learned (2005).

Over the years, he was elected director or trustee of several corporations and foundations, including the Chase Manhattan Bank, Dayton Hudson Corp., Ryder Systems, Time Warner, The Rockefeller Foundation, and the Ford Foundation. In 1983, he was named chair of the National Urban League.

Calling hours will be held from 3 to 5 p.m. and 7 to 9 p.m. on Tuesday, March 1, at the Anthony Funeral & Cremation Chapel, 2305 Monroe Ave., Rochester. A funeral service will take place at 2 p.m. on Wednesday, March 2, at St. Paul's Episcopal Church, 25 Westminster Road, Rochester.

In lieu of flowers, please send donations to the David T. Kearns Center for Leadership and Diversity in Arts, Sciences, and Engineering (www.rochester.edu/college/kearnscenter). Please contact the University of Rochester at the Office of Gift and Donor Records, 300 East River Road, P.O. Box 270032, Rochester, NY 14627. 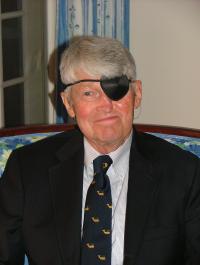