Catherine Cerulli Appointed Director of Susan B. Anthony Center for Women's Leadership at the University of Rochester 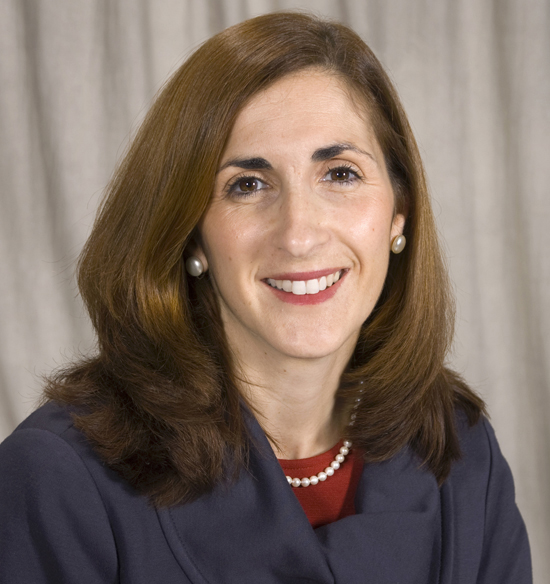 Catherine Cerulli, an academic and legal leader with more than two decades of commitment to battling domestic violence and victimization, has been named director of the University's Susan B. Anthony Center for Women's Leadership.

As director, Cerulli will be responsible for creating and implementing programs to celebrate women's achievements and working to overcome remaining barriers to women's wider leadership. She assumed the position Sept. 1.

"Kate's leadership in efforts to increase opportunities for women in the community makes her a great choice to advance the mission of the Anthony Center," says University President Joel Seligman. "Her expertise will enhance the work already being done at the Center, and we look forward to working with her in this new role at the University."

A native of Stamford, Conn., Cerulli joined the University of Rochester in 2002 as assistant professor with the Department of Psychiatry in the School of Medicine and Dentistry. Most recently, she served as the director of the University's Laboratory of Interpersonal Violence and Victimization (LIVV) and had joint appointments as director of research at the Women, Children, and Social Justice Clinic she co-founded in 1992 at State University of New York at Buffalo's School of Law.

Cerulli earned her JD from the University at Buffalo law school and her PhD in criminal justice at the State University of New York at Albany. She was formerly an assistant district attorney in Monroe County, N.Y., where she created a special misdemeanor domestic violence unit. She has worked on issues surrounding domestic violence and child abuse for more than 20 years and in many capacities.

"Her leadership, background, enthusiasm, and commitment will bring a wonderful dimension to the foundation already established at the Center," says Vivian Lewis, vice provost for faculty development and diversity. "We are excited that the Anthony Center will be working closely with the Office for Faculty Development and Diversity as gender and leadership issues are an important part of diversity and inclusion."

According to Cerulli, "I am very excited to start engaging with the students and campus community about policy needs and to see how we can best work together."

Cerulli succeeds Nora Bredes, who served as director of the Anthony Center from 1999 to 2011. The former New York state legislator and longtime activist in women's, environmental, and public health issues died last year due to complications from breast cancer.

Cofounded in 1995 by the Center's first director, Nan Johnson, the Anthony Center was created to honor the legacy of Susan B. Anthony through programs on issues of importance to women. Under Bredes's leadership, the Center launched several new initiatives, including the creation of a history conference about the life and times of Susan B. Anthony and an online resource about the first women elected to political office in New York State. The center sponsors the Stanton/Anthony Conservationsa lecture series on women's history and leadershipand the Susan B. Anthony Legacy Dinner, which recognizes selected University of Rochester undergraduate women with awards and scholarships. In addition, the Center serves as a resource for women in government and leadership.

As director, Cerulli's first steps will include engaging with local and state leaders to begin building infrastructure for student experiences with government offices and leaders. She also hopes to continue to build international relationships to explore the intersection between our gender issues and those occurring in other countries, including but not limited to women's rights, LGBT issues, and disparities faced by underserved communities. "There is a greater diversity at the table now that men are engaged in the dialogue," says Cerulli. "The conversation still rests on principles, such as equality and social justice, that Susan B. Anthony stood for. The question now becomes how we cast these principles in 2012."

Cerulli also hopes to build on the Center's work by seeking input from faculty, students, and community members through community conversations and salons regarding how the Center can best meet their needs. "I believe the more voices there are at the table, the more meaningful a conversation it will be," says Cerulli. "The Center belongs to the people who helped create it, so I believe it is important to start by asking its supporters what they think the primary issues and concerns should be moving forward. I see their input as a key to its success."