University of Rochester undergraduate Amanda Chen '14 has been named a 2013-14 Barry M. Goldwater Scholar. She is among 272 recipients selected from a pool of 1,107 mathematics, science, and engineering students who were nominated by the faculties of colleges and universities nationwide. Chantel Gaudet '14, a chemical engineering and applied mathematics major, received an honorable mention. Chen is 26th Rochester student to be named a Goldwater Scholar since 2000, with six students receiving honorable mentions during this period. 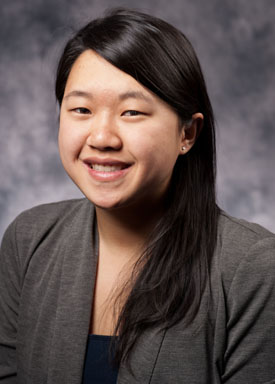 A native of Danville, Calif., Chen is working toward a bachelor of science degree in biomedical engineering with a minor in chemical engineering. Her impressive academic credentials include being named a 2012 participant in the German Academic Exchange Service-Research Internships in Science & Engineering Scholarship (DAAD-RISE) program. Through the internship, she spent last summer working in Bremen, Germany, conducting research on developing boron lipid-containing liposomes as carriers for therapeutic drug delivery and gene therapy at Jacobs University in Professor Detlef Gabel's Lab. While in Germany, Chen was selected to give a presentation on her research at the DAAD-RISE Alumni & Scholars Conference in Dresden. 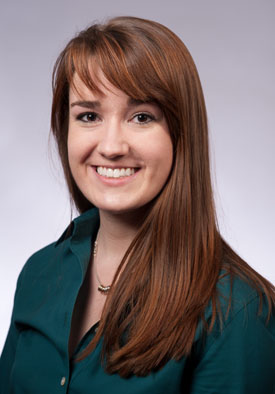 Chen's first experience in a laboratory setting was as a research assistant in Professor Jack Werren's Lab. Additionally, she participated in a Research Experiences for Undergraduates (REU) program at Clemson University in summer 2011, where she researched electrochemical properties of polymer ultra-capacitors in Professor Mark Roberts' Lab. Chen has also spent the last two years working in Professor Danielle Benoit's Lab, where she studies therapeutic biomaterials.

An active member of Rochester's student chapter of the Biomedical Engineering Society, in October 2012 Chen gave a platform presentation on her research at the organization's national conference, held in Atlanta, Ga. Next year, she will serve as the chapter's secretary, while holding a leadership position as president of Tau Beta Pi, Rochester's engineering honor society. Chen also was elected to Phi Beta Kappa as a junior and was given the Outstanding Junior Award by the Department of Biomedical Engineering, which recognizes academic excellence and achievement.

Outside of the lab, Chen is a workshop leader for chemistry and biomedical engineering classes. Chen also has advanced her study of the oboe through lessons at the Eastman School of Music and participation in the River Campus Symphony Orchestra, and in fall 2011, she won the River Campus Concerto Competition.

The Goldwater Scholarship, which is endowed by the U.S. Congress in honor of the late Sen. Barry M. Goldwater, is a competitive fellowship for undergraduate students in science, math, and engineering. Nearly all Goldwater Scholars intend to pursue a doctoral degree. The scholarship is worth up to $7,500 per year. Since its first award in 1989, the Foundation has bestowed over 6,550 scholarships worth approximately 40 million dollars. Each year, 10 to 20 sophomores and juniors compete for the four University nominations to the national competition. Applicants must rank in the top quartile of their class while demonstrating outstanding research skills, potential for advanced study in their fields, and a strong commitment to the pursuit of research-oriented careers.