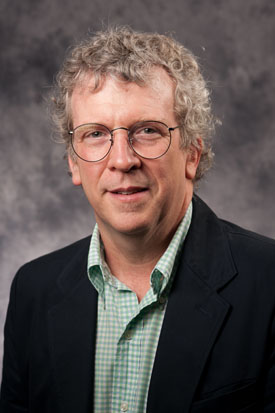 Randall Curren, professor and chair of the Department of Philosophy and professor of education at the University of Rochester, has been appointed to an honorary professorship at the Royal Institute of Philosophy in London—the first in the institution's 87-year history. The professorship is concurrent with Curren's appointment to a fractional research Chair in Moral and Virtue Education at the Jubilee Centre for Character and Values in the School of Education at the University of Birmingham in England. Both professorships began in May 2013. Curren will deliver the closing keynote address at the Jubilee Centre's second annual conference, "Can Virtue Be Measured?" held at Oriel College, Oxford, January 9-11, as well as the keynote address at a day conference on his work in philosophy of education at the Royal Institute on January 24.

The Royal Institute of Philosophy was founded in 1925 as the British Institute of Philosophical Studies, "to organise and promote by teaching, discussion and research the advancement of Philosophical Studies," and was granted the title "Royal" in 1947. Having offered lecture courses in philosophy to the British public in an era of limited access to higher education, its activities are now focused in sponsoring conferences and public lectures by noted philosophers. The Jubilee Centre was established in May 2012, to contribute to the renewal of character and values in Britain through research and development projectsfrom the study of character education in schools to examining the values that motivate teachers, lawyers, doctors, and other professionals.

"The work of the Jubilee Centre is founded on the idea that there are forms of goodness or excellence essential to living well," says Curren. "This is a very old idea, but only recently, in the context of an ongoing revival of Aristotle's ethical thought, has it become a topic of interdisciplinary research at the boundaries of philosophy and psychology. The Centre has brought together the strongest group of philosophers of education in the Anglophone world and quickly established itself as an important site for such research."

At the University of Rochester, Curren collaborates with Richard Ryan, professor of psychology, psychiatry, and education, to bridge philosophical and psychological understandings of human well-being and education. During a four-week residency at the Jubilee Centre in June 2013, he pursued his own research on virtue, well-being, and moral education and consulted with the Centre's interdisciplinary research teams on studies of character education in British schools, ethics in the professions, and public understanding and valuing of gratitude. A similar residency in Birmingham is being planned for June 2014. Curren's role with the Royal Institute of Philosophy following the January 2014 conference will be to present a series of public lectures in London and elsewhere in the UK.

Curren is currently in his tenth year as philosophy department chair and has a secondary appointment in the Warner School of Education's educational leadership program. He is a past president of the Association for the Philosophy of Education, has served on the ethics committee of the American Educational Research Association, and chaired the American Philosophical Association Committee on Teaching. His works in progress include Patriotism and Civic Education (University of Chicago Press) coauthored with historian, Charles Dorn, and An Education in Sustainability, co-authored with geologist and teacher educator, Ellen Metzger. He is the editor-in-chief of the international journal, Theory and Research in Education (SAGE Publications), and series co-editor of the University of Chicago Press History and Philosophy of Education Series of co-authored books on topics in education policy. Curren is also the recipient of numerous fellowships and grants, and was most recently the Ginny and Robert Loughlin Founders' Circle Member for 2012-13 at the Institute for Advanced Study in Princeton, N.J.