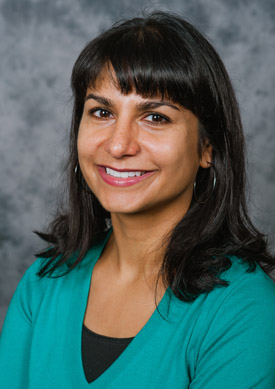 For more than half a century, the American Bar Association has vetted the nation's judicial nominees, certifying candidates as "well qualified," "qualified," or "not qualified" and in the process rankling conservatives and liberals alike when nominees earn less than stellar marks.

Now a new study suggests that the sometimes-controversial ratings could be tilted against minorities and women. An analysis of 1,770 district court nominations from 1960 to 2012 finds that the ABA systematically awards lower ratings to minorities and women than to white or male candidates. However, a candidate's political ideology and whether they are a Republican or Democrat have no bearing on the influential seal of approval, the research shows.

The study finds, for example, that African Americans are 42 percentage points less likely to receive a high rating from the ABA than are whites trained at similarly ranked law schools, with similar legal experience, and nominated by the same president. Women, likewise, are 19 percentage points less likely to be highly rated than men with comparable educational and professional qualifications.

"It is important to have the voices of women and minorities in the federal courts," says author Maya Sen, an assistant professor of political science at the University of Rochester. "We know that women and minority judges vote differently once they are on the bench. Women judges tend to be a little more liberal when it comes to sex discrimination cases and African American judges tend to vote a little bit differently when it comes to issues involving civil rights or affirmative action."

"The record numbers of minority and women nominees currently having judicial candidacies derailed by this vetting process makes this a particularly pressing issue," she writes in the paper published February 27, in the Journal of Law and Courts.

Creating federal courts that are more reflective of the U.S. population has eluded presidents and advocacy groups for decades. Of the 874 federal judges in service as of 2008, only 24 percent were women, 10 percent African American, 7 percent Hispanic, and less than 1 percent Asian American. Surprisingly, no federal judges in 2008 identified as Native American, despite the court's involvement in interpreting federal Indian laws, writes Sen.

Many factors can affect a judicial nomination, but the analysis documents that the ABA ratings are one of the most significant. "Receiving a rating of 'not qualified' is more or less the equivalent of an 'F'," says Sen. Those candidates are 35 percentage points less likely to be confirmed than their more highly-ranked peers, according to the study. During the Obama administration, of the 14 judicial nominees who were given a "not qualified" rating, nine were women and eight were racial or ethnic minorities, Sen reports.

"Low ratings do keep judges out of the federal courts and over time and on average women and minority judicial nominees get more of these lower ratings," she says.

But do the ratings help to weed out individuals who truly would be unsuited for the bench? After all, according to the ABA, the evaluation is based on such laudable criteria as integrity, professional competence, and judicial temperament. Perhaps these difficult-to-quantify qualities introduce important factors into the considerations.

To test this question, Sen examined how often a judge's rulings were overturned, an indicator many scholars agree is a good measure of judicial performance. Using a variety of statistical controls and comparisons, she found no meaningful difference between judges who were rated highly or poorly by the ABA.

The findings call into question the underlying validity of the ratings and raise issues about why presidential administrations defer to the ABA at all. Sen speculates that the legal industry's weight as a political contributor and ally may, in the end, be more important than its ability to divine judicial performance. As the third-largest source of campaign and political contributions, with donations estimated as high as $390 million in 2008, the ABA represents a "wealthy and giving constituency," Sen writes. "[I]t makes sense that political actors continue to seek out ABA ratings."

One improvement Sen suggests would be to make the ABA's confidential vetting process more transparenta recommendation echoed by critics across the political spectrum. Conservatives and conservative organizations like the Federalist Society have for decades accused the closed-door tradition of concealing bias against the right, while Senator Harry Reid and other liberal critics claim the opposite. As one opinion writer for the Hispanic National Bar Association put it: "There's the possibility that the entire cohort of Latina lawyers who want to be federal or state judges just don't deserve it yet, but I'm not buying it  I think that unearthing what may be going on within the ABA's cloistered process may help us get to the bottom of this."

The research was supported by the Harvard Center for American Political Studies.