Seymour Schwartz and Karla Linn Merrifield are the winners of the 2009 Andrew Eiseman Writers Award at the University of Rochester. Schwartz' novel Putting "America" on the Map: The Story of the Most Important Graphic Document in the History of the United States was chosen in the nonfiction category and Merrifield's book Godwit: Poems of Canada was selected for poetry.

Created in 2005 by the alumnus Andrew Eiseman, the Eiseman Writers Award celebrates Rochester-area writers who have been published during the previous calendar year. The annual award comes with a $1,000 prize. The awards will be presented at 5 p.m. on Thursday, Nov. 5, in the Hawkins-Carlson Room in Rush Rhees. The event is free and open to the public.

A widely published poet, editor, and creative writing teacher at SUNY Brockport, Karla Linn Merrifield is also "first and foremost  a trekker," writes Annette Weld, advisory council member for River Campus Libraries and University alumna and one of the Eiseman Award judges. "By sailing ship, motor home, kayak, or on foot, for the past fifteen years Merrifield has trekked the world to create 'a body of poems rooted in placeobserving them with a naturalist's as well as a poet's eye.' "

In Godwit, published in 2007 by FootHills Publishing, Merrifield explores the vast and varied wilderness of Canada, a country she calls that "gentler nation  with a stirring national anthem you can actually sing." From Newfoundland and Labrador to the shores of British Columbia, she celebrates in verse the fog, the prairies, "a curl of goose down, a curl of lichen."

Schwartz's Putting "America" on the Map is a colorful history of the intrigues and controversies surrounding the first world map to show and ascribe the name "America" to the southern continent in the Western Hemisphere. Considered the "Holy Grail" of American cartography, the Waldseemüller World Map of 1507 was lost for four centuries, resurfacing in a German castle in 1901. It was eventually purchased by the Library of Congress for $10 million, the largest purchase ever made by the institution for a single document.

Released by Prometheus Books in 2007, Schwartz's work has been hailed as "a riveting tale of the history of America's first map - a must read for map lovers and historians." Schwartz, a retired surgeon from the University of Rochester Medical Center, is the author and coauthor of several books, including the Mismapping of America with Ralph Ehrenberg.

The Eiseman Award is named after Andrew Eiseman, who graduated from the University in 1979 with a multi-disciplinary degree in performing arts management and continued on to become a program manager for telecom and cable TV companies in the United States, Europe, and Asia.

The 2006 Eiseman Award was given to biographer James Fleming and poet William Heyen. In 2007, novelist Joanna Scott, the Roswell Smith Burrows Professor of English at the University, was selected, and last year Susan Williams won in the young adult fiction category and Bill Kauffman in nonfiction.

For more on the Eiseman Award, including how to submit nominations for the 2009 award, contact Andrea Weinstein at aweinstein@admin.rochester.edu or (585) 273-1341. 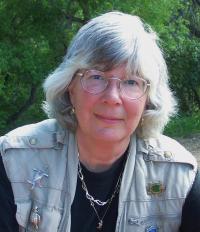 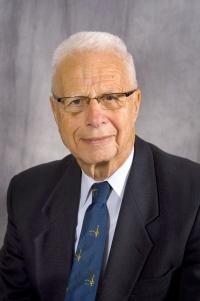