The Department of English at the University of Rochester has named composer and 2011 Pulitzer Prize finalist in music Ricardo Zohn-Muldoon the recipient of this year's Lillian Fairchild Award.

The award is given to a Rochester-area resident who has "created extraordinary artistic work in any medium in the past year." This year's selection committee chose Zohn-Muldoon, associate professor of composition at the University's Eastman School of Music, for his 2010 CD Cantos. The CD contains the scenic cantata Comala, a work described by the Pulitzer committee as an "ambitious cantata that translates into music an influential work of Latin American literature." Based on the novel Pedro Páramo by Mexican novelist Juan Rulfo, Comala unfolds in 13 continuous scenes that combine instrumental and vocal music with spoken words. The CD was recorded by Eastman BroadBand, a chamber ensemble at the Eastman School of Music that specializes in the performance of contemporary repertoire.

"It is exciting when someone from our University creates something like Comala and is so generous in sharing his talents with the community," said John Michael, chair of the English department. Established by University of Rochester Professor Herman L. Fairchild in 1924, the award is in memory of his daughter, an accomplished designer who died of tuberculosis at the age of 32. It is given out annually to a local visual artist, writer, or composer for his or her commitment to the arts in the Rochester area.

"This means a lot to me because it celebrates the deep meaning that love for the arts can have in a person's life," said Zohn-Muldoon. "I am touched to be so valued in my adoptive city, and proud to be recognized as a worthy Rochester artist."

Zohn-Muldoon joined the faculty of the Eastman School of Music in 2002 as associate professor of composition. He previously held positions at the School of Music at the University of Guanajuato, Mexico, and the College-Conservatory of Music at the University of Cincinnati. Previous honors include fellowships from the Guggenheim Foundation, Tanglewood Music Center, The Camargo Foundation, the Endowment for Culture and the Arts of Mexico, commissions from the Fromm Foundation and Meet the Composer, and a Mozart Medal from the Embassy of Austria in Mexico. In 2007, Tony Award-winning choreographer Garth Fagan set his piece Edge/Joy to a suite of three of Zohn-Muldoon's compositions. The dance work, which was commissioned by the University of Rochester, was presented during Garth Fagan Dance's annual season that year in New York City at The Joyce Theater.

In addition, groups including the Riverside Symphony, the Los Angeles Philharmonic New Music Group, eighth blackbird, Neue Ensemble Hannover, Nouvel Ensemble Moderne, and the New York New Music ensemble, have performed his work in locations all over the world. 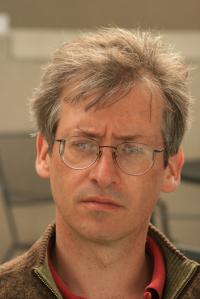