EVENT: Salman Rushdie and Umberto Eco to Read Together in Rochester

PEN Sponsors Event for Open Letter at the University of Rochester

Two of the most respected international authors of our time, Salman Rushdie and Umberto Eco, will read from their work and discuss literature at 6 p.m. Thursday, May 1, in the auditorium at the University of Rochester's Alumni and Advancement Center, 300 East River Road. The event, which is part of the PEN World Voices Festival, is being hosted by Open Letter, the University of Rochester's new press dedicated to publishing works of literature in translation. The event is free and open to the public.

"To have these two great writers together on one stage is a rare and special event," said Chad W. Post, director of Open Letter. "This is a wonderful opportunity for everyone in upstate New York."

Salman Rushdie shot onto the literary scene in 1981 with the publication of Midnight's Children, a novel about 1,000 gifted children who were born at midnight, Aug. 15, 1947, when India and Pakistan gained independence from the British. The novel won the Booker Prize for that year, and then was awarded the "Booker of Bookers" Prize in 1993 for being judged the best novel to win the award from the past 25 years. Rushdie is also the author of The Satanic Verses, Shame, The Moor's Last Sigh, and the forthcoming The Enchantress of Florence.

Best known for The Name of the Rose, which has sold over 26 million copies worldwide, Umberto Eco is considered to be one of the greatest Italian writers of the 20th century. His novel Foucault's Pendulum was praised by the New York Times as an "intellectual triumph" upon its release, and his other major works of fictionincluding Baudolino and The Mysterious Flame of Queen Loanareceived great critical praise. He also has published numerous works of nonfiction, including Travels in Hyperreality, A Theory of Semiotics, Experiences in Translation, On Literature, and, most recently, On Ugliness and Turning Back the Clock: Hot Wars and Media Populism.

The Rochester program is one of the many events comprising the PEN World Voices Festival, an annual week-long event in New York City that brings together more than 100 writers from around the world for a series of readings, panel discussions, and other eventsall in celebration of international literature. The event started in 2005, due to the efforts of Rushdie, and helps to "combat American isolationism by opening its borders to an international exchange of literature and ideas." The readings and discussion by Rushdie and Eco will be the first key festival events ever to take place outside of New York City.

"It's very exciting for the PEN World Voices Festival of International Literature to be working with Open Letter to bring two of the world's most important literary figures to audiences in Rochester," said PEN World Voices Festival Director Caro Llewellyn. "We're delighted for the opportunity to spread the Festival's reach out beyond New York City and expect it to be a dazzling occasion."

International PEN, founded in 1921 to dispel national, ethnic, and racial hatreds and to promote understanding among all countries, is the world's oldest human rights organization and the oldest international literacy organization. The PEN American Center, founded in 1922, is the largest of the 141 centers of International PEN. The center has a membership of 3,300 writers, editors, and translators, and builds upon the achievements of such dedicated past members as W. H. Auden, James Baldwin, Willa Cather, Robert Frost, Langston Hughes, Thomas Mann, Arthur Miller, Marianne Moore, Susan Sontag, and John Steinbeck.

Open Letter, founded in 2007, is part of a broader initiative at the University of Rochester for studies of literature in translation. Beginning in fall 2008, Open Letter will publish 12 works of international literature a year. The press will make a mix of modern and contemporary classicsinnovative and influential works of literature from around the worldavailable to English-readers. Some of the authors Open Letter will be publishing this fall include Marguerite Duras, Dubravka Ugresic, Rubem Fonseca, Ilya Ilf and Evgeny Petrov, Jorge Volpi, and Merce Rodoreda. More information can be found online at www.rochester.edu/threepercent.

Other community partners involved in this event include the Arts & Cultural Council for Greater Rochester, Writers & Books, New York State Literary Center, and BOA Editions. The event is free and open to the public, but entrance tickets are required. Ticket information can be found at http://events.openletterbooks.com/events/new. For further information, contact Erica Strawbridge at the Conference and Events Office (585) 275-4111, erica.strawbridge@rochester.edu.

Note to editors/reporters: Digital images of Salman Rushdie and Umberto Eco can be e-mailed to you. Please call (585) 276-3256 or send your request to june.avignone@rochester.edu. 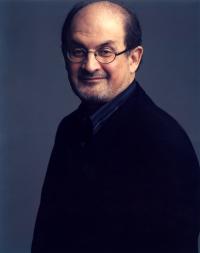 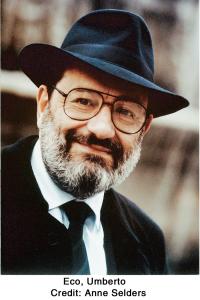