Raffaella Borasi, the dean of the Warner School of Education at the University of Rochester during a decade of significant growth in student enrollment and in research funding, has been appointed to a third five-year term.

The reappointment of Borasi, who holds the Frederica Warner Professorship, was announced by University President Joel Seligman, following approval by the University Board of Trustees.

"Of all her attributes, I am most impressed with Raffaella Borasi's fierce determination to see Warner students and faculty develop the strategies and methods to improve America's classrooms," said Seligman. "She forged an agreement with our Arts, Sciences, and Engineering deans to share classrooms in a new building, which will give Warner the space to continue its growth and will promote further collaborations with Rochester public schools. The concrete is being poured and Raymond F. LeChase Hall is moving ahead."

The Warner School's outreach to K-12 teachers, educational leaders, counselors, students, and their parents exhibits the reach of Warner's involvement in local schools and education issues under Borasi's leadership. One of Borasi's first initiatives established a center as an anchor in support of systemic reform practices, research and evaluation, and professional development in school settings.

"Raffaella Borasi created the Warner Center for Professional Development and Education Reform to be a community resource with the direct involvement of Warner faculty and students," said University Provost Ralph Kuncl. "It has been a productive and inclusive agent for change while securing more than $14 million in grants and $1.3 million in contracts during the past 10 years to evaluate a range of educational programs."

A mathematics educator, Borasi is known as an innovator in designing programs that prepare teachers to be effective leaders in the classroom. She is widely published in the field of mathematics education and is the author of Learning Mathematics Through Inquiry (Heinemann, 1992); Reconceiving Mathematics Instruction: A Focus on Error (Ablex, 1996); and Reading Counts: Expanding the Role of Reading in Mathematics Classrooms with Marjorie Siegel (Teachers College Press, 2000); and the co-editor of Blogging as Change: Transforming Science and Math Education Through New Media Literacies with April Luehmann (Peter Lang, 2011).

Since 2001 when she was chosen as the Warner School's sixth dean, Borasi has taken leadership roles in pursing institutional grants, including two recent National Science Foundation (NSF)-funded grants from the Robert Noyce Scholarship Program. The combined funding of $1.5 million will encourage talented science, technology, engineering, and math (STEM) undergraduate majors and professionals to become certified K-12 math and science teachers.

At more than 600 full- and part-time graduate students and 60 faculty and staff members, the Warner School has been growing faster than any other academic division within the University. The school has doubled its student enrollment, more than doubled support from state and federal grants, and tripled its budget and the number of fully-funded doctoral students.

During her tenure as dean, the Warner School has started master's and doctoral programs in mental health counseling; a master's degree in educational policy; a master's degree in health professions education (an interdisciplinary program offered in conjunction with the School of Nursing and the School of Medicine and Dentistry), and it has initiated several non-degree certificate programs, including one in program evaluation and another for educators preparing for urban schools.

Borasi is a graduate of the University of Torino in Italy and received a Fulbright scholarship to study in the United States. She earned a master's degree and doctorate in mathematics education from the University at Buffalo and joined the Warner School faculty in 1985. 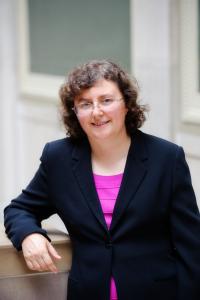