‘We have a lot more history to make’

A conversation with Gail Lione ’71 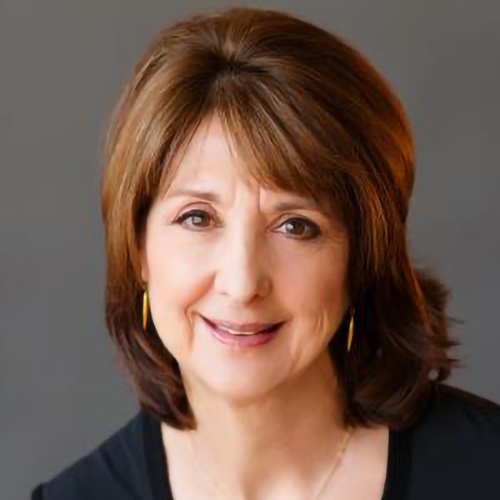 Gail Lione ’71, a successful lawyer and volunteer leader, is passionate about women’s issues. Lione and her generation would become the first in many areas—in locker rooms, conference rooms, board rooms, and more. They were inspired by people like Gloria Steinem, Dorothy Pitman Hughes, and Ruth Bader Ginsburg.

It was 1975 and Lione was four years out of college. She had just started a job at a law firm in Atlanta. She was the only woman associate at the time. “I thought I was on my own in terms of being an advocate for myself and for women. Gladys changed that for me.”

“Gladys was the secretary to the senior partner in the firm who hired me. One day, she came into my office and shut the door. I’ll never forget that moment—she looked me in the eye and said, very seriously, that I was not the only woman there—that I might be the only woman lawyer in our group, but I wasn’t alone. She wanted me to be successful.”

That conversation was a catalyst for Lione. “Gladys taught me how to sponsor and why it was important to be one,” she adds. “She showed me that, collectively, women can create change and that, together, we can make great progress. She taught me how to bring others along and to leave a legacy.”

Lione’s career now spans more than 40 years. For the last four years, she has been senior counsel for Dentons in Washington, D.C., and she also teaches at Georgetown University Law Center. Prior to that, she was the chief legal executive at major brands including Harley-Davidson, US News & World Report and its affiliates, and the Sun Life Group of America. She was also president of the Harley-Davidson Foundation.

Lione is a University of Rochester Trustee and a sought-after corporate board member, and, currently, the director of two companies in Wisconsin, Sargento Foods and Badger Meter. In 2017, she was honored by DirectWomen with the Sandra Day O’Connor Board Excellence Award for serving with distinction as an independent director of public companies and for advancing the value of diversity in board positions.

Lione also has been devoted to the communities where she has lived and worked and has served on the boards of many non-profits, including the United Way, the YMCA, the Atlanta Ballet, and the Milwaukee Art Museum. She is cochair, along with Tiffany Taylor Smith ’91, of the University’s recently launched Women’s Network.

Here, Lione delves into some pivotal moments and influential people in her life.

Who is your greatest role model? 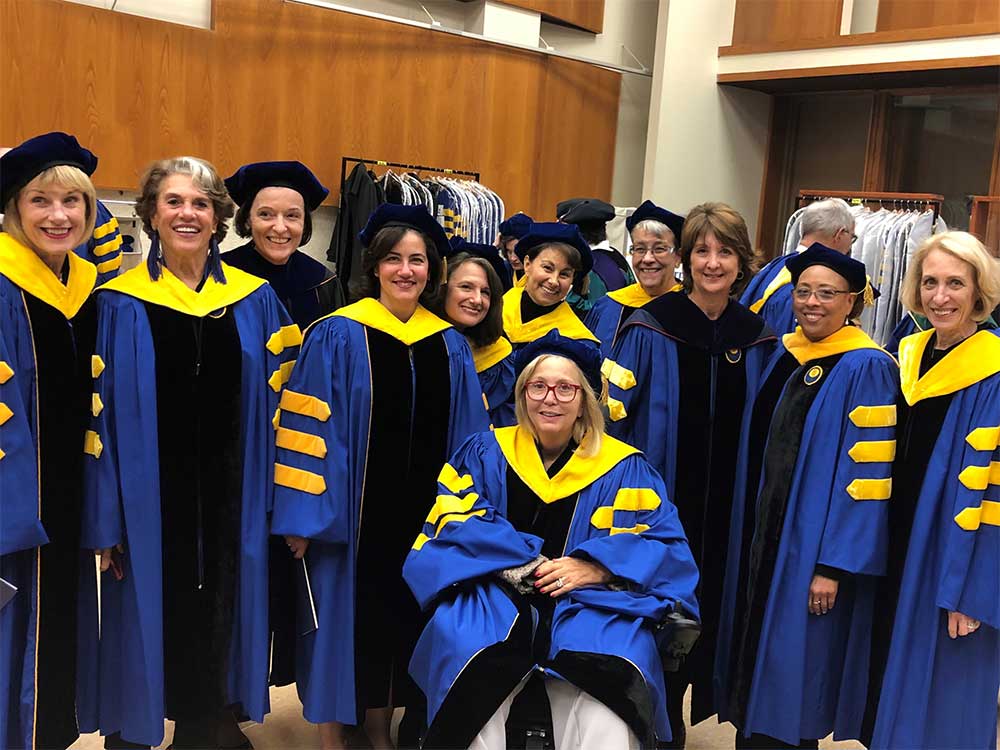 Women Board of Trustee members at the inauguration of Sarah C. Mangelsdorf, University of Rochester president and G. Robert Witmer, Jr. University Professor

My mother, hands down. She was really “the first” in many ways. She was the first woman president of the student body and the first woman chair of her high school debate team in Flushing, N.Y. She was also a first in taking the “for “ position in the debate for desegregation of baseball. Keep in mind that this was in 1939. Jackie Robinson did not start playing for the Brooklyn Dodgers until 1947. (My mother grew up as an avid Dodgers fan listening to games on the radio with her mother.) About 10 years ago, I had the amazing opportunity to meet Mrs. Robinson. I told her about my mother’s stance on that debate team so long ago. Mrs. Robinson lit up and told me, “I bet she won her argument.”

What does mentorship mean to you?

The wonderful thing about mentoring is that it is mutual. You learn from each other. Mentoring is about forming and nurturing relationships, and it is a foundational aspect of the University’s new Women’s Network. We aim to connect, support, and engage.

As cochairs, Tiffany and I learn from each other, as do the other women who lead our committees. These relationships create new opportunities for mentorship and leadership. Our Board of Trustees has embraced the Women’s Network, too. We have five women trustees who serve as committee cochairs and they are paired with younger alumnae. We are building our own pipeline of leaders. This kind of collective inspiration is a testament to the University’s commitment to supporting, developing, and advancing women—a commitment that is modeled from the top down.

Tell us about a formative mentoring experience.

After my first year in law school, Professor Henry Manne asked me to return to Rochester to help facilitate his summer program for judges and law professors in law and economics. Since the program would last just a few weeks, I also worked at the Nixon law firm for the balance of the summer to earn money for school. I had never been in a law firm and really did not know what to expect.

On my first day, I was assigned to work with Ruth Rosenberg on a historic preservation project. She was a partner at the firm, as were two other women, one of whom was Sue Stewart who later became the University’s general counsel. At the time, I didn’t know how rare it was to have women partners at a firm.

During my time there, these women introduced me to the law but, more importantly, demonstrated that you could be a successful lawyer, contribute to the community, and have a family. Years later when I had my daughter and was a single mom in a new general counsel job, I found inspiration in the trailblazing path these women took.

What other professors helped inform your perspective on leadership?

Professor Richard Fenno was a major influence in my life and I mourn his passing this year. His insights shaped many of my thoughts about leadership, the values of true democracy, and the importance of an effective legislative process. He inspired me to think more deeply, to observe more carefully, and to speak out regarding issues that were important to me. He also taught me the power of stories and humor. My favorite Yogi Berra quote came from Professor Fenno, “you can observe a lot by watching.”

What are you most proud of?

I am very grateful for my experience working with the United Way and being a founder of our Women United group in Milwaukee, Wisconsin, which is where I lived from 1997 to 2014. We worked to establish a broad-based community coalition to combat teen pregnancy so we could keep young girls in high school and see them graduate.

At that time, Milwaukee’s teen pregnancy rate was the second highest in the country (just behind Detroit) and poverty paralleled those rates. Our goal was to develop and fund effective programs that would reduce teen birth rates by 46 percent over a five-year period. In three years, it went down by 52 percent.

Many of those in our programs have since graduated and joined the workforce. Their pipe dreams created our pipeline—for jobs, for hope, for change. That work in Milwaukee led me to serve with the United Way Worldwide, as chair in 2017-2019 of its Women United Global Leadership Council. We represented more than 70,000 women worldwide who contributed over $100 million annually to United Ways locally—pretty amazing.

Why do you think women have a lot more history to make?

In this year of the 100th anniversary of the 19th amendment, we should pause and look back with gratitude to the women who changed our lives for the better. I think they would be the first to urge us to look forward and keep fighting for what is right. We have many of the same equity and access issues that we had in the 1970s when I graduated from Rochester—gender pay inequity, inadequate childcare and family leave, and challenges to ballot access. One of the significant issues facing women today is still not having a real voice at the table or enough voices at the table or any women of color at the table. A few of us may be seated at the table or on the bench or “be in the room where it happens,” but are we heard?

There is more work for us to do in my lifetime, for sure. But I truly believe that as a collective of women, with the support of our allies, there is always hope and we can move forward and make Susan B. and others like her proud. Danica Patrick, a celebrated race car driver, once said after a win at Daytona, “we have a lot more history to make.” That’s so true, and the Women’s Network at Rochester will be part of that history.

As a voracious reader, here’s what Lione has to say about a few of her recent reads. 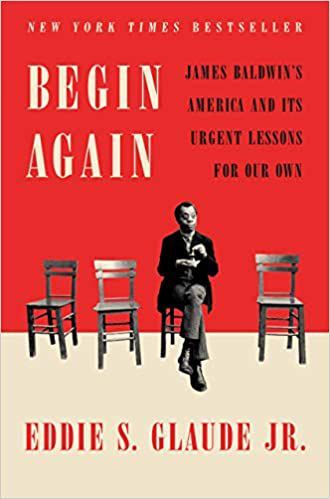 “Begin Again: James Baldwin’s America and Its Urgent Lessons for Our Own”
by Eddie Glaude, Jr.
“This powerful book explores the work and life of James Baldwin and provides insight, guidance and even hope for today’s struggles.” 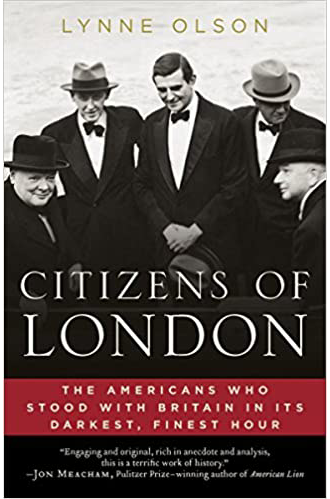 “Citizens of London: The Americans who Stood with Britain in its Darkest, Finest Hour”
by Lynne Olson
“I learned so much about determination and leadership through this book, which offers the perspectives of three Americans with close ties to Winston Churchill, who had a profound ability to empathize and connect with people particularly in times of crisis.” 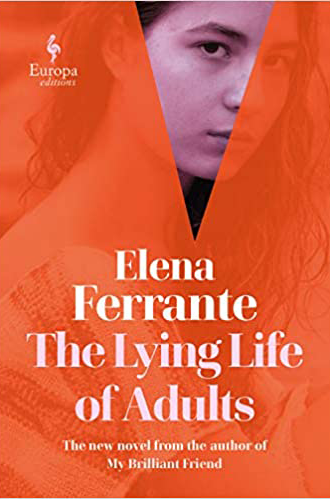 “The Lying Life of Adults”
by Elena Ferrante
“I love Naples and seeing it through her eyes again is a treat. “ 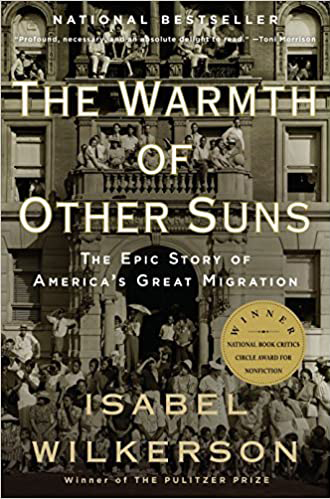 “The Warmth of Other Suns: The Epic Story of the Great Migration”
by Isabel Wilkerson
This is a beautifully written book about the exodus of more than six million people from the south told through the personal stories of three families who migrated to Chicago, New York ,and Los Angeles. 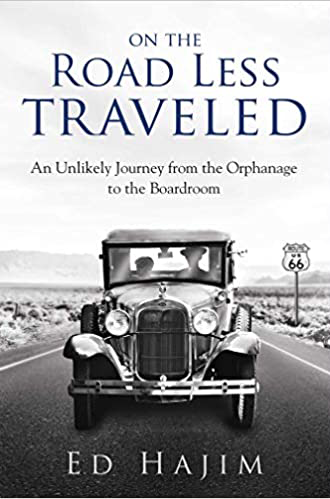 “On the Road Less Traveled: An Unlikely Journey from the Orphanage to the Boardroom”
by Ed Hajim
“Ed is a University of Rochester Class of 1958 alumnus and former Board chair who is passionate about access and opportunity in education. His story is as amazing, inspiring, and hopeful, as he is.”