Honoring a life of philanthropy

Honoring a life of philanthropy 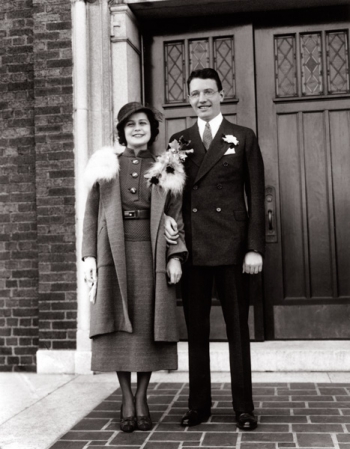 Since it was founded in 1850, the University of Rochester has evolved from a one-building college into one of the world’s leading research universities.

The University’s transformation and ascent in the world of academia has been made possible by individuals whose generosity was rooted in a vision for their community and the world. In this regard, Joseph C. Wilson ’31 and Marie (Peggy) Curran Wilson are exemplary.

A lifetime of support demonstrated that philanthropy wasn’t just a part of the Wilsons’ lives. It was a significant part of who they were. It was a commitment to what they believed in. “Wilson” has become synonymous with “legacy,” and it is now the name under which we honor alumni, parents, and friends whose philanthropy at the University of Rochester includes a planned gift.

The Wilson Society illuminates the legacy created by Joe and Peggy and celebrates those individuals who have established a gift plan or included the University in their estate.

Learn more about the Wilson Legacy.

“If the University lasts for a thousand years, a very few individuals will have had the greatest impact, the Wilsons will be among them.”