Is Coming Out Always A Good Thing?

Coming out as lesbian, gay, or bisexual increases emotional well-being even more than earlier research has indicated. But the psychological benefits of revealing one's sexual identity  less anger, less depression, and higher self-esteem  are limited to supportive settings, shows a study published June 20 in Social Psychology and Personality Science.

The findings underscore the importance of creating workplaces and other social settings that are accepting of all people, but especially gay, lesbian or bisexual individuals, says coauthor Richard Ryan, professor of psychology at the University of Rochester.

"In general, research shows that coming out is a good thing," says Ryan. "Decades of studies have found that openness allows gay people to develop an authentic sense of themselves and to cultivate a positive minority sexual identity." By contrast, research has confirmed that being closeted poses serious psychological risks, including more troubled romantic relationships, more distress, and even increased suicidal tendencies, adds Ryan.

Despite the costs of staying in the closet and the benefits of coming out, earlier studies uncovered only slightly improved mental health from revealing a minority sexual identity. The problem, says Ryan, was that these studies lumped everyone together  people who came out in supportive settings as well as those who faced stigma and discrimination.

By teasing out the effects of different contexts, this study shows that "environment plays a huge role in determining when coming out actually makes you happier," says Nicole Legate, a doctoral student at the University of Rochester, who led the study with Ryan and Netta Weinstein from the University of Essex in England. Among accepting groups, individuals experience significant psychological payback from being open about their sexual identity. But among hostile groups, the costs and stigma of identifying as lesbian, gay, or bisexual cancel out these benefits.

In judgmental contexts, "those who come out may actually feel no better than those who conceal," says Legate.

For each of the five contexts, participants indicated their level of outness, their sense of well-being, and their perceptions of acceptance or "autonomy support". For well-being, they rated the veracity of such statements as: "When I am with my family, I am lonely" or "When I am with my school peers I feel positive about myself." For autonomy support, they agreed or disagreed on a seven-point scale with assertions like: "My coworkers listen to my thoughts and ideas" or "My religious community provides me with choice and options."

Across all contexts, participants were more closeted in environments they rated as controlling and judgmental. They kept their sexual orientation hidden the most in their religious communities (69 percent), schools (50 percent), and at work (45 percent) and were somewhat more open with their families (36 percent). Friends by far represented the most accepting group for most lesbian, gay, and bisexual individuals. All but 13 percent of participants had come out to their friends, and they reported feeling significantly less anger and greater self-esteem with friends than with any other group.

The study, which included participants from 18 to 65 years old, found that age made no difference in who comes out. Nor did gender or sexual orientation. Instead, the key determinant for revealing a minority sexual orientation was the supportiveness of the environment.

"The vast majority of gay people are not out in every setting," says Ryan. "People are reading their environment and determining whether it is safe or not."

Disclosing in some situations, but not in others, had no effect on mental health, suggesting that such selectivity may be neither helpful nor harmful, the authors concluded.

Other results from the study suggested that gay men experienced lower well-being across measures, while lesbians enjoyed the most autonomy support. Lesbians were the most out of the three groups, bisexuals the least.

ABC News
Halfway Out: Why Many Stay Closeted in the Workplace
(June 20, 2011)

Davenport KWQC
Support is key to 'coming out' process for gay people
(June 21, 2011)

Los Angeles Times
'It gets better,' but only if you're in a supportive environment, study finds
(June 21, 2011) 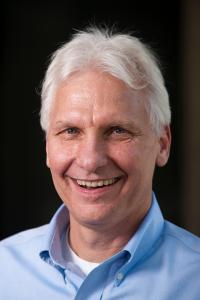 This study shows that individuals who come out as lesbian, gay, or bisexual can experience real psychological benefits when they enjoy a welcoming climate at work or home or in their religious community, explains coauthor Richard Ryan. When they can feel acceptance and support, they actually gain quite a bit in terms of mental health.