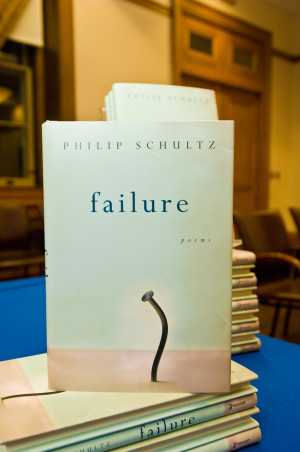 Failure: Understanding and Accepting the Risk

We all fear failure; it’s natural for human beings. We all want to win, be the successful guy on the cover of the magazine, get to the top without any bruises or scars. But nobody wants to fail. This is why people hate to make decisions, because they might lead to failure. Not to mention risks: risks are the prophecy of failure, a detailed description of how things might go wrong and how illusions might crumble while trying to get a greater reward. No one likes to make decisions, no one likes to take risks… except for entrepreneurs!

Entrepreneurs know their chances of failing are greater than those of succeeding, but still they try and risk their time and money. We’ve all heard the encouraging phrases from Hollywood, like, “if you build it they will come” or “all you need is a good idea and money will roll in,” but unfortunately that is not the truth. Real entrepreneurs work hard, and fail. They have lost the ball many times, but have learned how to “pivot” and adapt to change. We are used to hiding our failures, because we think we should be ashamed of them. Kids hide their exams when they get an F. People try not to talk about their ex-lovers during dates. But entrepreneurs are different. They like to talk about their failures and share their experiences with others, and considering myself an entrepreneur, I am going to tell you about my biggest startup failure…

Back in 2006 when social networks were starting to become popular, a friend of mine and I created a social network oriented to fashion hunters (Fashionism). It basically relied on users uploading pictures of other people they saw on the street who were nicely dressed, which were then liked and commented on by others. Users could even customize their profiles in a sort of MySpace way by selecting their palettes and background images. The monetization model consisted of letting brands have special accounts that could post videos, have tailored styles for their profiles, and charge them for advertising as well.

Unfortunately technologies were a little bit behind us at that time. Smartphones did not even exist yet, digital cameras were not as accessible as today, and even those who had them would not go out on the street and start deliberately taking pictures of people. Social networks did not have open APIs either, so we could not make use of their existing social graphs to share the app and reach other people. Users could only invite their friends by sending emails to them! (It was one year before this).

On the other hand, we were young and had no experience, and we were self-centered. We just worried about the code and underestimated the need for advertising, marketing and PR. People did not follow the site’s premise and instead uploaded pictures of themselves on holidays, at birthday parties or doing any other thing. We were angry with them because they had gotten it wrong, but we were the ones who got it wrong.

We waited to launch our product until we felt it was ready (this was more than six months), but we never spent any time asking the users what they wanted, because we thought we knew what they wanted. “Lean development” did not ring a bell to us yet. “Virality” was the hype term instead, and we just thought that “if we built it, they would come”. We did not have a coach or mentor who told us what steps to take, what to do and what not do, so we had to learn by hitting the wall. It was a very sad moment for us when we decided to turn off the lights.

Fashionism was a complete failure. Still, we are proud of it. We gave our best and learned a lot. We could take more punches after that. We are not afraid of failing anymore because we know it is not the end of the world. It is just a stage we needed to go through before we could become adults in the world of entrepreneurship. 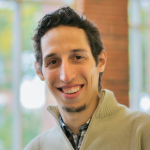 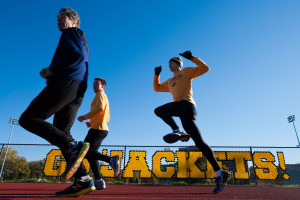 Benefits of Sports to Students

For a long time, sports have been viewed as a way to stay healthy and in shape, but their importance goes much further. As a matter of fact, playing sports teaches life lessons like discipline, responsibility, self-confidence, accountability, and teamwork.

From a social standpoint, sports are a powerful tool that brings people together and creates a sense of community. They develop connections that bond together people from all walks of life. As an international student at the University of Rochester, playing pick-up basketball at the gym was the fastest and easiest way to make friends. As a matter of fact, during my second day on campus I had the chance to make two friends who showed me around and gave me tips about life in Rochester.

As an undergraduate student who majored in electrical engineering and electronics, I had very challenging classes and occasionally had to deal with bad homework or midterm grades; my ego took a bad hit whenever that happened. I believe that playing sports taught me how to deal with failure and disappointment in life. I learned that I am not always going to get the results that I want, but no matter what, I have to persevere and not give up. Sports gave me a positive attitude where I see falling as a way to learn how to pick myself up.

In addition to that, exercising is a great way to get out of the stressful college life that is all about homework, presentations, and group projects. In fact, playing sports helps students relax and reduce their anxiety. I personally think that I would go crazy without going to the gym at least three times a week. Health care professionals recommend physical activity as a key ingredient to any stress-management activity.

The reason most students do not play sports is because they feel lazy about it and don’t have the energy for it. However, the belief that the intense exercise of playing sports will leave you exhausted has been proven wrong by research. Because exercise pumps more oxygen through your blood and makes your entire system more active, the benefits of playing sports actually include giving you more energy to accomplish everything else you need to do to manage your busy college schedule.

To sum up, playing college sports has some serious benefits. Besides just being fun, sports can help you perform better in school, relax more and worry less, deal with setbacks, work better with others and increase your energy — all of which helps you balance school and everything else going on in your life. 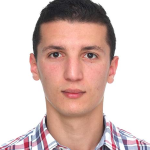 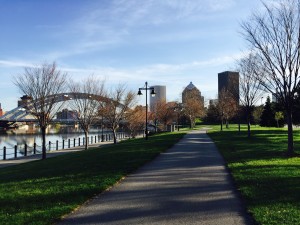 It’s time for you to get away from your office or the library and take a short trip for some fresh air and a great view to stretch yourself!! I would like to recommend a state park within a two-hour drive of Rochester, Chimney Bluffs State Park. It’s on the eastern shore of Sodus Bay on Lake Ontario. The park owns trails both above and below the cliffs, and by using its hiking trails, the intrepid visitors can enjoy spectacular scenery and recreational opportunities, which are provided by the large clay rock formations at the water’s edge. These dramatic giant sculpted landforms make you feel amazed by nature. You can experience these massive earthen spires from above and along the lakeshore on nature trails.

If you have already been to Niagara Falls, there are three other major waterfalls. More excitingly, the park offers seasonal hot-air balloon rides. Can you imagine yourself over the waterfalls in a hot-air balloon? There are countless amenities and activities that can make your trip more enjoyable and fun. If you are a hiker, you can explore approximately four miles of hiking trails along the bluffs from the west entrance to the east entrance, as well as biking, fishing, grilling, and picnicking. Deer hunting and small game hunting, like duck, Canadian geese, brant and snow geese, and turkey is permitted in season, but a valid New York State hunting license with proper hunting stamps is required. And special winter activities include cross-country skiing, snowshoeing and especially, a trailhead for snowmobiling!

Recently, there were two special events, the Mud Pond Hike and the Spring Egg Hunt! 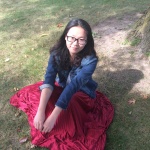