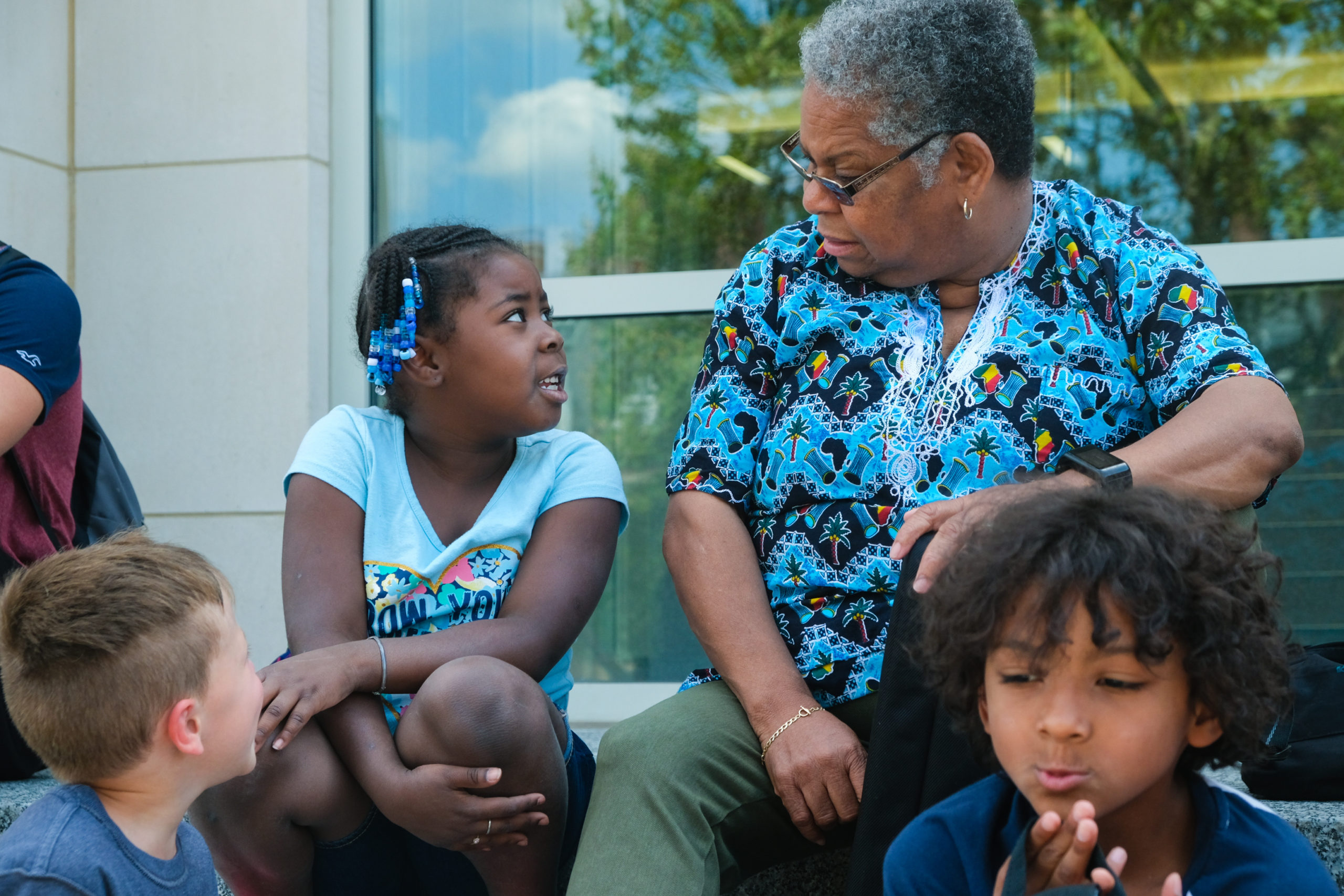 Research shows that students benefit when teachers share their race or gender. Yet most teachers are white women.

The research suggests that this is one of the contributing factors to the pervasive gender and race gaps in student achievement: Overall, girls outperform boys, and white students outperform those who are black and Hispanic.

For the Rochester City School District this imbalance is severe. About 80 percent of the district’s 28,000 students are black or Latino. But out of their 3,209 teachers, only 806 or 25 percent are teachers of color.

The president of the Rochester Teachers Association, Adam Urbanski, acknowledged the need for more teachers of color in an interview last year with the Minority Reporter.

“We recognize these mostly female, mostly middle class, mostly suburban teachers come here, and they are totally clueless as far as knowing anything about the students,” he said.

The number of black teachers declined in all nine cities from 2002 to 2012. And even though there were some slight increases in the number of Latino teachers, the population of Latino students has increased nationwide, limiting a gain in representation, the report says.

There are many things that contribute to children’s academic achievement, including teachers’ experience and training; school funding and zoning; and families’ incomes and home environment. And teachers have long been predominantly white and female. But new educational opportunities for girls may mean that they can take more advantage of the benefits of female teachers. And studies show that teacher diversity can make a difference in students’ performance and their interest in school.

Seth Gershenson, an economist studying education policy at American University. “In the elementary school setting, for black children and especially disadvantaged black children, the effect of having even just one black teacher is fairly big and robust and a real thing.”

When black children had a black teacher between third and fifth grades, boys were significantly less likely to later drop out of high school, and both boys and girls were more likely to attend college, Mr. Gershenson and his colleagues found in a large study last year. The effect was strongest for children from low-income families. The study included 106,000 students who entered third grade in North Carolina from 2001 to 2005, and it followed them through high school.

There was no effect on white children when they had a black teacher.

Researchers say it’s not entirely clear why teachers’ gender and race make a difference; it’s likely to be a combination of things. Students tend to be inspired by role models they can relate to. Same-race teachers might be able to present new material in a more culturally relevant way. Also, teachers sometimes treat students differently based on their own backgrounds and stereotypes. Social scientists call this implicit bias, when stereotypes influence people’s thinking, often unconsciously.

Long term, the evidence suggests it would make a difference to train and hire more diverse teachers. But researchers say there’s also something that schools can do immediately, with the teachers they already have: teach them about their biases and stereotypes. It can lead to fairer treatment of students.

It’s surprisingly effective and simple to do, social scientists have shown. One study found that merely informing teachers about their stereotypes closed gaps in grading. An hourlong online tutorial for teachers has halved suspension rates for black students, after training educators on how to value students’ perspectives and view misbehavior as a learning opportunity.

Joy DeGruy, a nationally-known speaker, educator, and author, came to Rochester to help teachers in the city school district have a long-overdue conversation about institutional racism in the schools, she says.

What’s happening in Rochester is victim-blaming aimed at black and Latino students and their parents, she says.

She doesn’t mince words. Abysmally low graduation rates, especially for black males, and a bureaucracy that lacks accountability and is extremely resistant to change make the Rochester school district one of the worst she’s seen, she says. She asks why more parents and community leaders aren’t demanding change.

“It’s horrific what’s going on in Rochester, horrific,” she says.

DeGruy has held conversations and seminars with black parents across the US, and says that one finding stands out: Black children with mostly or all white teachers often come home and say that their teacher doesn’t like them.

Teachers’ biases can end up becoming self-fulfilling prophecy. “The high expectations actually motivate kids to do better,” Gershenson said. “Black students are hurt by that lack of optimism that white kids get, and black kids with black teachers rise to meet their expectations.”

Retaining current teachers is also important, researchers say. More qualified people would stay in the profession if the jobs had better pay, benefits and support. Nonwhite teachers in schools with poor resources are at particular risk of burning out.

Good teachers build relationships with their students and it grows from genuinely caring about them and wanting them to succeed in all areas of their lives, these educators say.

But other teachers, administrators, and school officials say that while that’s true, it’s also a politically correct response. To say otherwise would insult and alienate more than half of the city’s teaching staff, they say.

Teachers of color can provide a distinct level of understanding and cultural competency that inspires black and brown students and boosts them socially and academically, they say.

If relationship-building is a pillar of good teaching, then communication is critical, says Shaun Nelms, superintendent of East High School. It’s important to understand that the way teachers communicate with students and vice-versa is shaded to some extent by past experiences, he says.

And they say that the Rochester school district, like many mid-size and large urban school districts, is mired in institutional racism. They cite disproportionately high suspension rates for African-American students; extremely low graduation rates for same, particularly black boys; and security checkpoints inside schools that they say create a prison-like environment.

And a recent study from Johns Hopkins University shows that black teachers are much more likely than white teachers to think that black students will complete high school and go on to earn a college degree, especially a black male student.

Focusing on whether white teachers are racist or whether they can teach black youth misses the point, Nelms says.

“The question is how we change the perspective of the adults in ways that allow them to view kids as individuals,” he says. “And how do we help students understand that the adults they interact with are individuals, too, and not the same as the teacher they may have dealt with five years earlier – a teacher who may not have shown themselves to be culturally competent?”

Please read the original stories sourced for this post below: