After a record-breakingly frigid Thanksgiving here in the northeast, I’m dreaming wistfully of August. BBQs, beaches, and bikinis are all good but I mostly just miss being able to go outside without wrapping multiple scarves around my face. It’s the little things in life! I also miss Women in Translation Month. This past August my social media feed was packed with great book suggestions and conversations and I loved it. But it doesn’t have to be August to read women in translation and I’ve picked out a selection of great titles by women that are eligible for this year’s award. 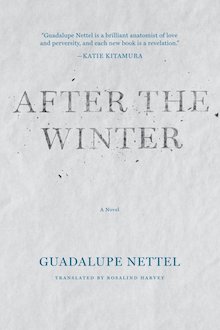 After the Winter by Guadalupe Nettel, translated from the Spanish by Rosalind Harvey (Coffee House)

I took my time with this sharp and stunning novel and I absolutely loved it. In parallel and entwining narratives that move from Havana to Paris to New York City, After the Winter is a novel ultimately about the human impulse to love, and yet it’s unlike any other love story I’ve ever read. The writing, in Rosalind Harvey’s brilliant translation, is nothing short of transcendent—subtle and dark but also surprisingly funny. Going forward, I want all of my love stories to have this many cemeteries in them. 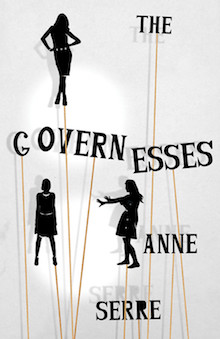 The Governesses by Anne Serre, translated from the French by Mark Hutchinson (New Directions)

In this U.S. debut from major French writer Anne Serre, three governesses are shut off in a remote country home. They’re supposed to be watching their pupils, but in this “intense, delicious meringue of a novel” they’re off instead having frenzied erotic adventures. It’s an absolute gem and I’m not the first judge to gush about it and I’m sure I won’t be the last. Sexy, funny, smart, and some spectacular writing. And all in like 100 pages and I just don’t know how that’s possible. Kirkus calls it “A sensualist, surrealist romp” writing that “each sentence evokes a dream logic both languid and circuitous as the governesses move through a fever of domesticity and sexual abandon.” 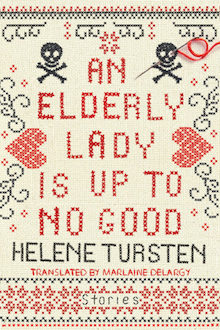 An Elderly Lady Is Up to No Good by Helene Tursten, translated from the Swedith by Marlaine Delargy (Soho Press)

An Elderly Lady Is Up to No Good is dark, funny, and oh so satisfying. Maud is an 88-year-old Swede who has no scruples about solving life’s problems with some low-key murder. I enjoyed this story collection and am planning to pick up Helene Tursten’s mystery novels. An Elderly Lady is also just such a great package—the title is fun and clever, the needlepoint cover is hilarious, and the small trim size finishes it off perfectly. 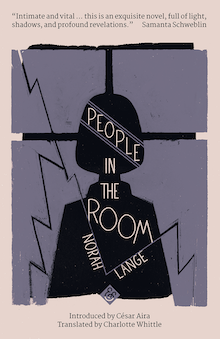 People in the Room by Norah Lange, translated from the Spanish by Charlotte Whittle (And Other Stories)

Long viewed as Borges’s muse, Norah Lange has been widely overlooked as a writer in her own right. Translated for the first time into English, People in the Room is an intense, haunting, and canon-breaking novel that completely overwhelmed me. A young woman is looking out her window in the midst of a thunderstorm when she catches sight of three women in the house across the street from her. She begins to watch, obsess over, and imagine the secrets and lies of the women in the window. “Lange’s imaginative excesses and almost hallucinatory images make this uncanny exploration of desire, domestic space, voyeurism, and female isolation a twentieth century masterpiece.” 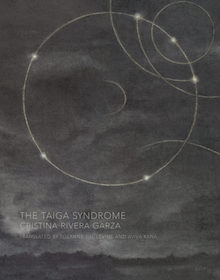 I’m a huge fan of The Iliac Crest by Cristina Rivera Garza and translated by Sarah Booker and I couldn’t wait for the upcoming The Taiga Syndrome, Garza’s take on a contemporary Latin American detective novel. The narrative follows an ex-detective as she searches for a missing couple. It’s complicated and genre bending, with nods to fairy tales—Hansel and Gretel and Little Red Riding Hood specifically—and written in a striking style that’s all her own. The dark, unsettling tone really hit the spot for me in the midst of my fall reading. In a starred review, Kirkus calls it “An eerie, slippery gem of a book” and I just love that description.

No list would be complete without a mention of Fox by Dubravka Ugresic and translated by Ellen Elias-Bursać and David Williams. Fox is astonishing. Complicated, intricate, funny, and wicked smart. And I’m crazy about Eventide by Therese Bohman and translated by Marlaine Delargy (if you’re keeping track, that’s two mentions of Delargy in this piece!) This insightful novel is at once cutting and beautiful. The prose, the character Karolina, the reflections on art and love—it’s masterful and devastating. I could go on but I won’t. I have to go outside and it’s going to take a while with these scarves.