This week’s Best Translated Book Award post is from Tara Cheesman of Reader at Large and BookRiot.

This is my second year as a BTBA fiction judge and (please don’t @ me) the pages are all starting to run together. I’ve discovered that when reading books in rapid succession it helps to identify landmarks on the literary roadmap to keep me on course. Fortunately, a lot of the books contending for the 2019 award have plots which run parallel to chunks of information which are (somehow) simultaneously integral to and independent of the overall story. Like last year’s Compass, by Mathias Ènard, translated by Charlotte Mandell, a book that is a moving love story and a four-part lecture on classical music. 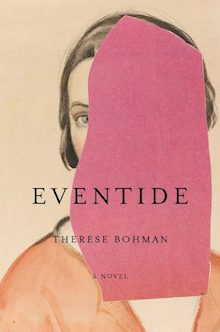 Eventide, by Therese Bonham and translated by Marlaine Delargy, is a tense novel in which a middle-aged academic falls into a steamy affair with a charismatic graduate student half her age. What do I remember? Bookplates. That’s right. Square, paper marks of ownership which are in no way crucial to the plot. True, they represent a small act of friendship and generosity, a role that just as easily might have been filled by a potted plant or book of poetry. But the writer chose bookplates, a thing which no one uses anymore, and she must have known what she was doing because that’s the detail that resonated with me.

I finished Maria Gabriela Llansol’s The Geography of Rebels Trilogy because it introduced me to “beguinages,” a medieval cloister/hostel for laywomen who wanted to retreat from the world without the commitment of taking vows. This information appears in Benjamin Moser’s afterword and nowhere else in the text. But the idea and all it implies—monastic cells, vows of silence and poverty, Catholic mysticism—provided context, an entry point, into a very complicated book. 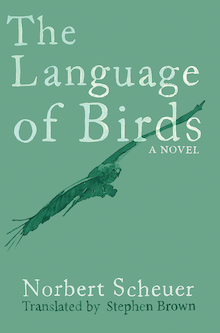 Another example: The Language of Birds by Norbert Scheuer and translated by Stephen Brown is illustrated with beautiful ink washes. The main character, an army paramedic named Paul, fills time between missions describing and drawing the different birds he observes in Afghanistan. He also writes about his distant relative, an ornithologist who traveled through the same region in the nineteenth century. Told from multiple perspectives, Paul’s and the people close to him, The Language of Birds is about a troubled young man wracked with feelings of grief, guilt, and loss. And it has pretty pictures of birds.

The narrative of Empty Set by Veronica Gerber Bicecci, translated by Christina MacSweeney, is structured around the idea of set theory. The pages are filled with diagrams of overlapping circles which the heroine uses to describe the network of complicated relationships in her life. Visual storytelling through the medium of mathematics. It’s a clever concept used to tell a compelling story about a young woman recovering from a break-up that invites comparisons to the infamous PowerPoint chapter of Jennifer Egan’s A Visit from the Goon Squad. 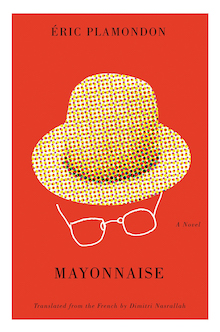 Eric Plamondon’s Mayonaisse, translated by Dimitri Nasrallah, is about the life of the 1960’s writer Richard Brautigan in much the same way Nathalie Lieger’s Suite for Barbara Loden is about the life of filmmaker Barbara Loden. Both books are essentially long essays which use their once famous subjects to explore specific cultural moments. Lieger dissects Wanda, the film Loden wrote, directed and starred in, scene by scene. In the same way, Plamondon takes readers through Brautigan’s history, including the covers of his books. Each bears a photograph of the author with a different woman who he may or may not have been sleeping with. The reasons for this minute examination are eventually explained—but the truth is that Mayonnaise is a novel in which the journey is much more important and, ultimately, enjoyable than the final revelations. 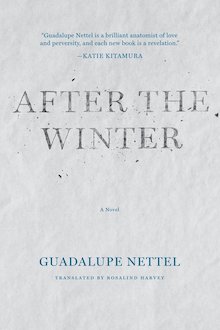 After the Winter by Guadalupe Nettel, translated by Rosalind Harvey, is another novel about love and loss. The heroine spends most of her days wandering through a number of Parisian cemeteries. Nettel’s descriptions are evocative and gorgeous. By the end, I (and I think at least one or two of the other judges) added a view of a historic cemetery, along with high ceilings and hardwood floors, to our lists of necessities for the perfect apartment.

Every one of these books is a great read . . . though which of these titles makes it onto the longlist still remains to be seen. In the meantime, if you’re interested in bookplates, beguinages, birds, set theory, 1960’s counter-culture heroes or taphophilia, there’s definitely a book here for you.