As we posted about last week, in honor of Radiant Terminus being the next featured Two Month Review title, Antoine Volodine is our “Author of the Month.” So, if you want to buy any of his books, you can get 30% off by using the code VOLODINE at checkout. (And yes, that applies to print AND ebooks.)

This is one of two new Volodine titles we’re planning on doing. (Can’t announce the other yet, because we’ve been waiting . . . and waiting . . . for final confirmation from the French publisher regarding the rights. But assuming it all works out, Jeffrey Zuckerman will be translating that one.)

Anyway, here’s a description from J.T. about Eleven Sooty Dreams:

Volodine wrote Eleven Sooty Dreams under his Manuela Draeger heteronym. In fact, it was with this book that he came out, so to speak, as having heteronyms. He arranged to have Eleven Sooty Dreams released at the same time as Writers and The Eagles Reek—three different books, with three different bylines, released by three different publishing houses. You can imagine, this was no mean feat, and one that really brought Volodine into the literary limelight in France.
The book’s plot centers on a burning building in which a group of adolescents have taken refuge after a yearly demonstration goes awry. They’re members of an oppressed underclass in the city-state of Orbise, who are allowed once a year to put on a “Bolshevik Pride” parade. This year, something went wrong, the police started killing people, and everything has devolved into chaos and violence. This group of teens wind up in an apartment building, which catches fire, and also in which they find themselves trapped. In their last moments, they share happy memories with each other, swapping stories from their childhood in the city’s ghetto, and try to comfort one another as they burn to death.
The book opens and closes with a shamanic invocation. In between are the dying characters’ stories. Some are humorous, some are grim, some are fantastical. All are moving.

Without further ado, here’s the sample J.T. sent us to get us interested in the book. 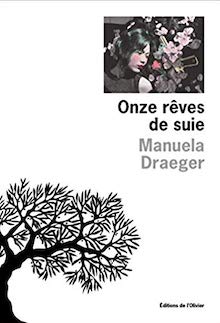 In the common room, whenever the schoolmistress was arrested or killed, it was often a Red soldier who gave us our lessons. There were always new mistresses, but, in the interims, he was the one called in. The man’s name was Schumann; he had lost his right arm in combat on the frontlines of Orbise, he had to be in his thirties, and his scientific knowledge was just barely greater than our own. Pedagogically speaking, I don’t think I’m exaggerating when I say that he was useless. Since we were young, we didn’t really notice, but, thinking back on it, yes, he was useless.

He paced in front of the blackboard, brandishing in his left hand a piece of chalk and avoiding like the plague the fatal moment when he would have to write something. Although he was not literate enough to have orthographical standards, he instinctively felt that it would be better not to impose on us his laborious drawings, and, when he finally had to do so, he pondered for several long seconds between each stroke, all while exasperatedly wiping his forehead that was suddenly glistening with sweat.

His lessons first off were about instilling in us military discipline. Then came classes on arithmetic. We tediously repeated operations that we had memorized months before. We were called to endlessly recite multiplication tables in an even rhythm that Soldier Schumann marked by nodding in assent, with a severe and silent satisfaction. As soon as the count reached fifty, we would notice our teacher getting slightly embarrassed and, after sixty, he abandoned the exercise, to our delight. Elli Zlank was the only one among us who knew how to multiply eights and nines. He picked up the slack in our voices when we started to flag, and, even when he made a mistake, Soldier Schumann continued to eruditely move his head, paying foremost attention to the melody, but also to the natural authority of the best student and, anyhow, unable to correct any sort of mathematical error.

After this immersion in numbers, Schumann drifted toward subjects in which he was much better versed: hand-to-hand combat skills and basic egalitarian ideology. We learned from him how to wield a bayonet, slit a guard’s throat at night, and use just your left arm to strike an enemy’s vital organs. Then, black with dust, exhausted from falling down, and bruised from mutually-inflicted blows, we returned to our desks and listened to what he had to say on political theory.

Soldier Schumann taught us what he knew, which is to say an amalgamation of popular Marxism useful for making decisions and choosing a side during strikes and armed conflicts. However, since he lodged in a barracks for invalids, among whom included several Tibetans, he had been subjected to a powerful Buddhist influence, which had altered his language. After his lecture, we had to recite the Ten Precious April Theses, the Five Noble Differences Between Socialism and Communism, the Twelve Luminous Proletarian Virtues, not to mention our favorite list: the Nine Stinking Categories.

Schumann only really excelled in one domain: singing. He had no grounding in music theory, but his baritone voice was tuned and moving, and he was keen to make us sing along with him. In the poorly-lit, poorly-ventilated classroom, which despite the board and desks resembled more a storeroom than a place of study, our choir created for a few moments a haven of beauty. We started with revolutionary classics and war hymns meant to galvanize over barricades and trenches, but Schumann quickly broached a lyric repertoire belonging to another world, a defunct world, the world of the First Soviet Union, which for some reason he clearly preferred to the Second. The Russian, Ukrainian, or Georgian harmonies swept away the ugliness of our daily lives, their languor transported us to the heart of a land where emotion reigned supreme. Our songs evoked abandoned peasants, snowy moonlit trails, the wounded and dying, entrusting to a crow one last amorous thought, one final yearning. Even on the cheeks of little Marsyas Grodnoll, who claimed to hate music and sang out of tune, there would be tears. Marsyas Grodnoll would go sit apart from everyone else so as not to ruin our perfect chords. He would shut his mouth, lower his head, and cry.

Outside these miraculous sessions, class under Soldier Schumann’s direction was a series of tiresome moments. It could also be dangerous.

Schumann’s teaching was disorganized, and we often had trouble adjusting to his changes in subject, his digressions, and his sudden outbursts. He demanded an iron discipline from us: for example, he forbade us from speaking up to ask for clarification when we missed something he said. It was better, incidentally, only to interrupt when he knew the answer to the question we were going to ask. School days were composed mainly of evasive, confused monologues and periods of choir practice. We had to remain rigid and unmoving until recess time. This, in absence of a schoolyard, was in the same room where we had just been listening to the master. We dedicated this half-hour of rest to practicing bayonet attacks and close combat techniques for the handicapped, which, obviously, temporarily turned the room into a chaotic fight ring. We would finish recess exhausted, to once again listen to Schumann rant with neither order nor end about the causes of the defeats he had experienced, the unionizing of factory workers and peasants, the critical growth of productive forces, and the physiology of amputees, including that unbearable itchiness one-armed people continue to feel in their missing limb.

I mentioned that class could be dangerous. It was for me on the same day the bombings started again.

Schumann was in the middle of developing, for the umpteenth time, the causes and consequences of the itching sensations that plagued his nonexistent hand, when I noticed a tiny black shape moving toward the opening of his empty sleeve. It was a millipede like the ones you could find crawling around the yard or even in the barracks. This one was small. I was sitting in the front row and I know that other students must have spotted the bug as well. We watched, fascinated but disciplined enough not to show our excitement, this spectacle as it added an unexpected spice to the monotonous drone. Schumann was leaning against the wall two meters away from us while he spoke. I think he had been drinking, since we could occasionally smell his warm breath, which carried a lingering whiff of beer. Schumann’s jacket was a dirty greatcoat made of felt, in a faded gray khaki. Our teacher gave off the impression that he had just returned from the frontlines and was still steeped in the heroic horrors, mud, and blood of combat. This infantry jacket weighed down his movements, and when he chose to stand still instead of pacing in front of us, his hanging sleeve didn’t move more than a millimeter. I exchanged a glance with Rita Mirvrakis. We admired the bug’s insolence and tranquility. Before plunging into the sleeve, it explored the opening. Then it entered and disappeared.

At that moment, I made the idiotic mistake of raising my hand. Soldier Schumann noticed my raised finger. After his long deluge of a monologue, he doubtlessly felt the need to take a break. He stopped talking and knitted his brows irately, daring me to ask my question.

Remember: 30% off ALL Volodine books for the rest of the month! Just use VOLODINE at checkout!