Who is the Chris Davis of Books? (AKA Does Literature Have “The Room”?)

Let’s just get this out of the way, right here at the start: The nonfiction in translation data I’ve compiled for the PW Translation Database is incomplete. Which you can interpret, with no ill will, as “Chad has done a poor job with this research.”

To be fair, there is a two-year period in which the nonfiction data is passable (thanks to the funding of the Italian Trade Agency), but it’s never really been my focus. Not because I have anything against nonfiction (who hates facts? Oh. Yeah. Ugh. Don’t answer that), but because there are 24 hours in a day, 168 in a week, and I really want to do something else for a little while every day. (I just bought myself four books to read for “fun” and then realized they don’t fit into my reading schedule until August. That’s a bit of a bummer.)

When I decided to do a month of reading and writing on nonfiction in translation, I had some seriously aspirational ideas for posts. A breakdown of which languages were most popular in terms of nonfiction works. The types of nonfiction that made their way into English. A sort of reverse analysis of what kinds of books we’re missing as a culture.

Then I remembered that I haven’t done the work. I don’t have data that I can believe it. It’s like looking at baseball stats on April 9th. SMALL SAMPLE SIZE.

Which is where YOU come in. Click here. Add your translated nonfiction. I’ll sacrifice my weekends and confirm every single nonfiction title you enter by the end of the month. And run a chart that’s more complete. I’ll do the work, but I could really use your help. If you’ve translated a nonfiction title, just enter it. It’s easy! And fun!

The dumber result of my not trusting my data is that I’m going to totally Buzzfeed these nonfiction posts. In part because I’m working on a much longer—and more structured—piece that I have to finish this month, and in part, or, well, in most?, because I became obsessed with one silly idea while I was walking and talking at AWP. We’ll get there though. First I want to plug a couple good books. 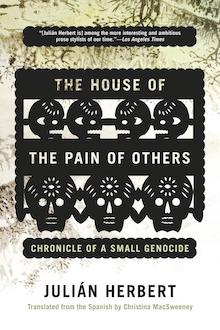 The House of the Pain of Others by Julián Herbert, translated from the Spanish by Christina MacSweeney (Graywolf)

Let’s get the negative of this article out of the way: YES, long-time readers, there are a few “friggings” in here, which I couldn’t help but notice. But I respect Christina MacSweeney’s choice! She’s a great translator, and although I personally could never use the word “frigging,” I also can’t translate, so what does my opinion matter? Besides, two “friggings” has virtually no impact on the rest of this very well-written, well-translated book.

And yes, this book is solid. It’s about a racist massacre in Mexico that Herbert unpacks in ways that meld fictional narrative ideas with non-fictional situations. I don’t know that in the end it’s as good as Tomb Song, but it’s definitely an important, interesting book. And hits at one of the types of narrative nonfiction that should be translated more frequently: historical-cultural journalism. 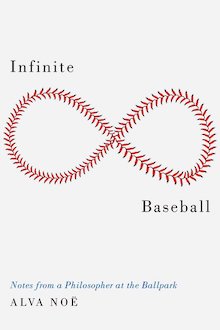 Infinite Baseball: Notes from a Philosopher at the Ballpark by Alva Noë (Oxford University Press)

Would it be OK if I put aside Anniversaries and Marie-Claire Blais for two weeks to read this?

To be honest, I’m suspicious of this book to its core. “In this deeply entertaining book, philosopher and baseball fan Alva Noë explores the many unexpected ways in which baseball is truly a philosophical kind of game.” Oh no. That’s not my baseball. But I’ll give it a try?

Some argue that baseball is fundamentally a game about numbers. Noë’s wide-ranging, thoughtful observations show that, to the contrary, baseball is not only a window on language, culture, and the nature of human action, but is intertwined with deep and fundamental human truths.

Did I just spend $24 on a joke for a future column? MAYBE. I need to put aside some other books and find out. 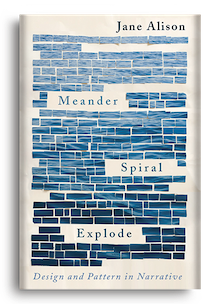 Can I be 100% honest? I love books about narrative structures. It’s the only sort of academic-adjacent book I’ll spend money on.

And yet, when I realized this was a Catapult book, I had to pause for a moment. I don’t want to give money to the Koch Brothers! That’s worse than buying a book from Amazon! But then again, publishing books that reference Marie Redonnet is one of the least evil things that can be done with Koch Money. And Catapult employs a lot of people I like! And it’s 2019, the Year of Being Chill and Positive!

This might be my most anticipated book of the spring. And will hopefully help me work out the little book I want to write this July . . . 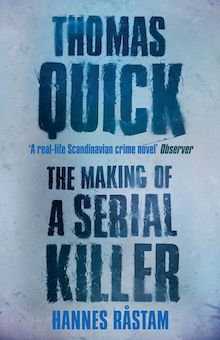 Thomas Quick: The Making of a Serial Killer by Hannes Råstam, translated from the Swedish by Elizabeth Day (Canongate)

When I did that two-year study of nonfiction books back in 2013 or so, I found this. A book about a convicted serial killer who was a straight liar. Who used drugs + newspapers + suggestion + cognitive dissonance to lie like no one has ever lied before. Lies that made him the first and only and most intense “serial killer” of Sweden.

It’s pretty fascinating to see how this one guy conned the system, and was convicted of several murders that he clearly didn’t commit. It all fits together with my obsession with how our brains fill in gaps to help us believe what we already want to believe.

The problem with this book? If you know the punchline—”Thomas Quick” didn’t actually kill 30+ people—this book is, like, 300 pages too long.

Also: This cover is lazy AF. 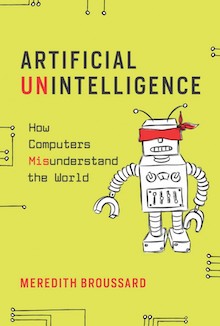 Because I want to tell Tom Roberge how all his AI loving friends are ridiculous.

So, Chris Davis, who most certainly will not read this post, is a baseball player for the Baltimore Orioles who has been “struggling.” Which is the nicest way I can refer to his all-time record-setting hitless streak over his past 49 at bats. 0-49 is epically bad. Granted some of this is luck—I watch every one of his at bats because I’m fascinated—and he has made some good contact! But right at a fielder. And so 49 times, dating back to last September, he’s come up to the plate and not gotten a hit.

Going 0 for 49 does some really wonky things to statistics like wRC+. wRC+ (or weighted runs created plus) is a measure of how effective a batter’s offense is. The + part is a statistical thing making sure that 100 is AVERAGE, so that you can compare players against one another in a fairly objective way. So, an average batter has a 100 wRC+ and Mike Trout has a 293 wRC+ as of April 10th.

Chris Davis has been the worst baseball player in baseball history for the past season+. Which sucks for him! I’m sure he’s a totally lovely person, but I kind of never want him to get a hit again. I want him to break statistical measurements. And I will continue to watch every at bat, hoping to see failure.

Which is weird. And reminds me of an AWP conversation . . .

Are there any cult “bad bad bad so bad they’re good” authors?

In terms of music, we have Nickelback. Worst band ever! And yet, Germans LOVE THEM. (Stop. No jokes about Germans. Just. No. No. I know they have no sense of humor. I know, I know. Just let it go.)

In movies? The Room? That’s up there. I would watch that again right now, make fun of Tommy Wiseau’s awful sex scenes and then listen to How Did This Get Made? and laugh at all that all over again.

I mean, How Did This Get Made? has uncovered dozens of terrible gems that people are willing to spend a lot of time and money on. There’s something compelling about things that are really bad. (Like Chris Davis’s statistics, or “Ride Wit Me.“)

Is there a literary equivalent? Franzen? I mean, sure, he’s a pile of hot garbage as a writer—I hear you, Chapman—but he’s not bad enough to be “cult bad.” E. L. James? I guess? Maybe? But do people read her books to just laugh at them?

There must be “cult bad” writers, right? Not just “pot boilers” or “brain candy” sort of books, but books that are undeniably, patently absurd. Maybe written by Chris Davis-esque writers who were GOOD and then fell—no, plummeted—like Icarus. Someone who writes books compiled solely of sentences worthy of the Bulwer-Lytton prize? Who fits that? And it is weird if we don’t have this sort of sub-genre for books? I know that I’ve gotten a lot of valuable insight into narrative and storytelling from watching terrible movies, and it seems like there’s something similar to be gained from really bad, bad writers. Like how seeing the backside of the tapestry—the negative, inverse of what works and is awesome—could be useful.

Sure, it takes a lot longer to read a bad book than listen to basically anything from Blink-182, but for writers trying to hone their craft, I think they should stop trying to emulate the all time greats, and instead spend some time down in the dregs, figuring out how not to write garbage.