This week’s BTBA post if from Justin Walls, a bookseller with Powell’s Books in Portland, Oregon who can be found on Twitter @jaawlfins.

The conceptual artist Anicka Yi’s olfactory-based installation Washing Away of Wrongs (2014, created in conjunction with French perfumer Christophe Laudamiel) consists of two stainless steel dryer doors embedded into a gallery wall, each containing a motion-activated diffuser which, once the darkened portholes are unhinged, emits a lab-engineered puff meant to evoke a relationship’s nadir in terms both “abstract” and “representational,” respectively. When I initially encountered the work, however, it wasn’t by scent—or even sight—but by sound: a coterie of similarly-attired school children, on a field trip to the Cleveland Museum of Art, were taking turns daring one another to get a whiff of the exhibit, scattering amid peals of tinny laughter and performative revulsion before being wrangled by their chaperones. The details of my own experience are unimportant (and too voluminous to unpack here). Instead, I’ll simply postulate that the act of opening a small doorway, shoving your oily visage into the recess, and inhaling an assortment of unsettling—possibly mind-altering—aromas is an ideal sensory analogue for reading a book. That is, the sort of book that alters your chemical composition in some imperceptible manner. The sort that infiltrates your physiological make-up, surreptitiously slipping a flounder into a ventilation duct so that weeks or months later you’re still puzzling over the source of that haunting smell. Here are five such books, ranked by the intensity of their odor profiles, from palatable to putrid. 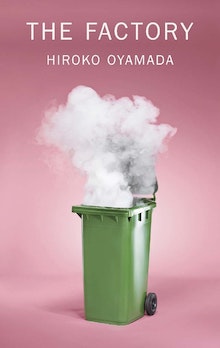 The surface-level environs of the corporate city-state that sprawl across Oyamada’s English-language debut are inoffensive at a glance, redolent of clinical efficiency with accent notes emanating from the industrial laundries (starchy sweetness) and casual dining options (savory tang) dotting the terrain. Beneath the sterile exteriors lie dingy, intestinal workspaces where menial tasks, notably perpetual paper-shredding, are undertaken, creating a musty mélange of recycled oxygen, bored tedium, and wood pulp. It’s when the essence of reptilian rot begins to emanate from the crevices, while hulking rodentia patrol The Factory’s brackish outer edge, that things truly begin to smell funny. 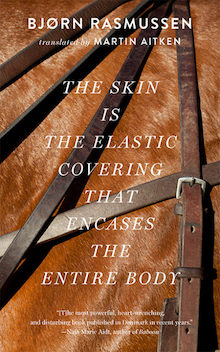 The Skin Is the Elastic Covering That Encases the Entire Body by Bjørn Rasmussen, translated by Martin Aitken (Two Lines Press)

Rasmussen’s little obliteration wastes no time in expounding on the pungent pleasures of an illicit tryst, reminiscing over “breathing that special kind of air” from the very first page. Specifically, the intoxicating inhalant being referred to in this case is a lover’s asshole, but The Skin goes much deeper than that to assemble its heady stench. The manure and urine of the stables are ever-present, alongside the musky leather of saddles and riding crops, each element blurring seamlessly with an overall genital funk (ammonia and brine) radiating from the increasingly sadistic carnal excursions. Where the stink really sets in, though, is among the more cerebral concoctions—fear, arousal, and desperation are a potent mix. 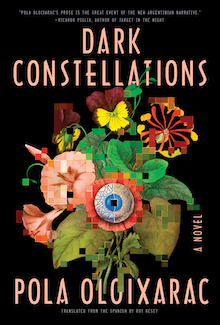 While much of Oloixarac’s latest trawls the global tech sector for content, no Soylent-saturated incubator could hope to stand up to Dark Constellations’ hallucinatory interstitial sections concerning a motley crew of 19th-century explorers. These assorted scientists find themselves ensnared in the odoriferous bouquet of a vast cavern, surrounded by fist-sized insects and translucent crustaceans, while gaseous pockets of volcanic runoff erupt in a “night perfumed with sulfur.” The exploration culminates in a prerequisite “torrent of blood and semen” as a marathon sex ritual, followed by the guzzling of albino butterfly innards, ensues. A primordial hothouse of herbaceous depravity—and I didn’t even mention the eventual depiction of VR-assisted lizard porn which, though presumably fragrance-free, should cause all your senses to recoil in unison. 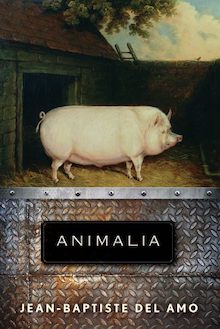 A nearly unparalleled entrant into the pantheon of putrescence, Del Amo’s Animalia stinks to high heaven as a matter of course. There’s no way around it, a provincial pig farm proves to be fertile ground for a grim symphony of filth and viscera, expertly exuding the kind of pore-clogging reek that permeates down to the marrow. When it isn’t offal and entrails, the novel is locked in a constant battle with its main antagonist: shit. A veritable deluge of hog shit, glutting orifices and spreading disease, threatens ruin at every turn. In its scorched-earth crescendo, the sky is choked by a miasma of charred flesh and blanketed by toxic plumes of blackened smoke. A book this revolting is unlikely to be toppled from its position as preeminent nasal offender. 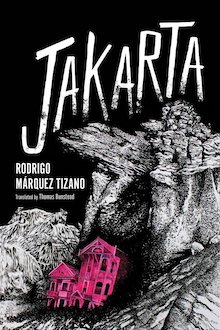 Although, Rodrigo Márquez Tizano may have a thing or two to say about it. If Animalia is Hell on Earth, then Jakarta is a pissed-off Tartarus covered in napalm. Rampant pestilence in the form of “poxes, choleras, fevers, and plagues” have ravaged the population, littering the landscape with decaying corpses, as an economy ruled by vice has taken hold of what’s left. Vermin ferry the sickness from one host to the next as mangy carrion canines scavenge the remains. Waste piles up in “mountains of garbage and meat.” Societal hygiene falls victim to government regulation. Jakarta is a bile-and-brimstone grotesquerie that should absolutely be sold with a warning label attached.