Today’s post is by Rachel Cordasco, founder and curator of Speculative Fiction in Translation, co-translator of Creative Surgery by Clelia Farris, and is working on a book about speculative fiction from around the world.

Despite 2020 being a downright awful year, it has given us several excellent works of Spanish-language SFT by women, so at least there’s that. With novels and stories exploring such themes as mass surveillance, cannibalism, and nanobot rebellion, readers who hadn’t yet heard about these texts are in for a treat.

The beginning of the year brought us three short SFT texts—two from Mexico and one from Cuba. Bibiana Camacho’s “The Other Woman,” translated by Cecilia Weddell and published in World Literature Today, tells the chilling story of a woman who realizes that her reflection is not her own. This awareness comes first as she gazes into her bathroom mirror, and then while she’s riding the metro: “I touched my chin and cheeckbones, and though I felt my fingers’ contact, I felt that I was stroking a stranger’s face, one that belonged to some other woman.” Eventually, the chaos that starts to unfold outside of her stalled train mirrors the woman’s fear and panic at this unexpected change in her appearance.

This story is about shifting identities on multiple levels. As translator Cecilia Weddell points out in her accompanying essay “Translation as Masquerade,” the author’s name itself is a pen name, taken up because it is the author’s beloved grandmother’s name. Furthermore, “The Other Woman” can only be rendered into English via translation, which, in this case, is done by a woman who is not the author. As Weddell notes, Camacho’s story is both the same and different in English translation—recognizable yet different from the original, a reality that lies at the heart of translation itself. And yet, according to Weddell, “I cannot say if my translations are as good as what they re-create, but I know the work can be done well.” 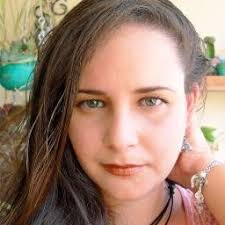 Malena Salazar Maciá’s “The Salt in Her Kiss,” translated by Toshiya Kamei for The Future Fire, is a dreamlike fantasy about a woman who grows up in a forest, sheltered from everyone and everything by her grandfather. Upon his death, she escapes and wanders into a city, where she is forced into marriage by a cold, unfaithful man who ultimately abandons her. Eventually, she makes her way to the sea and couples with a mermaid, who helps her give birth to herself as the mermaid she always felt herself to be.

Salazar Maciá’s second story in English this year, “Eyes of the Crocodile,” also translated by Toshiya Kamei but published this time in Clarkesworld Magazine, is the tale of a nanobot rebellion.

Nanobots of various types, originally designed to “instill in us the traditions handed down from our ancestors many millennia ago,” wind up turning against their human hosts. One woman takes it upon herself to bring them back into line and save herself in the process. The author’s two other stories in English were published in 2019 on  SFinTranslation.com and in Mithila Review. 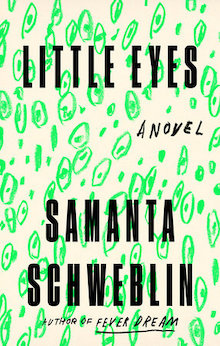 May and August of this year brought us two books by women authors from Argentina: Little Eyes by Samanta Schweblin (translated by Megan McDowell) and Tender is the Flesh by Agustina Bazterrica (translated by Sarah Moses). Like Schweblin’s earlier works in English—Fever Dream and Mouthful of Birds—Little Eyes is a disturbing and surreal text that invites us to rethink our everyday reality. Set in a world that could be our own in just a few years time, it imagines that people can go out and purchase the equivalent of a small stuffed animal (called a “kentuki”) that also has cameras for eyes, wheels for legs, and a motor. Inside of that creature is technology that allows a person on the other side of town or the other side of the world to direct it and give it commands. The owner of the creature knows this, and the person “inhabiting” the creature knows that they know this. And because this is Samanta Schweblin, we know that nothing good will come of this arrangement. Eventually, kentukis proliferate and their owners begin to see them as more than just mobile cameras, but as living creatures with rights and desires. The human connection to technology that it doesn’t fully understand, however, leads to unanticipated horrors.

Speaking of horror, Bazterrica’s Tender is the Flesh offers us a world in which a virus has made animal meat inedible. Forced to look for other sources of protein, humans quickly turned to cannibalism, legitimizing it by using genetically-modified humans that are raised and slaughtered like the animals before them. One day, the protagonist, who works in one of the processing plants, falls in love with one of the humans he’s supposed to “harvest” and the moral questions that have been forcibly stifled in this new world burst back out into the open.

Alternately surreal, dreamlike, and horrifying, these works of SFT by Spanish-speaking women authors show Anglophone readers just how diverse and intriguing this literature is. And there’s certainly more to look forward to in the coming years.